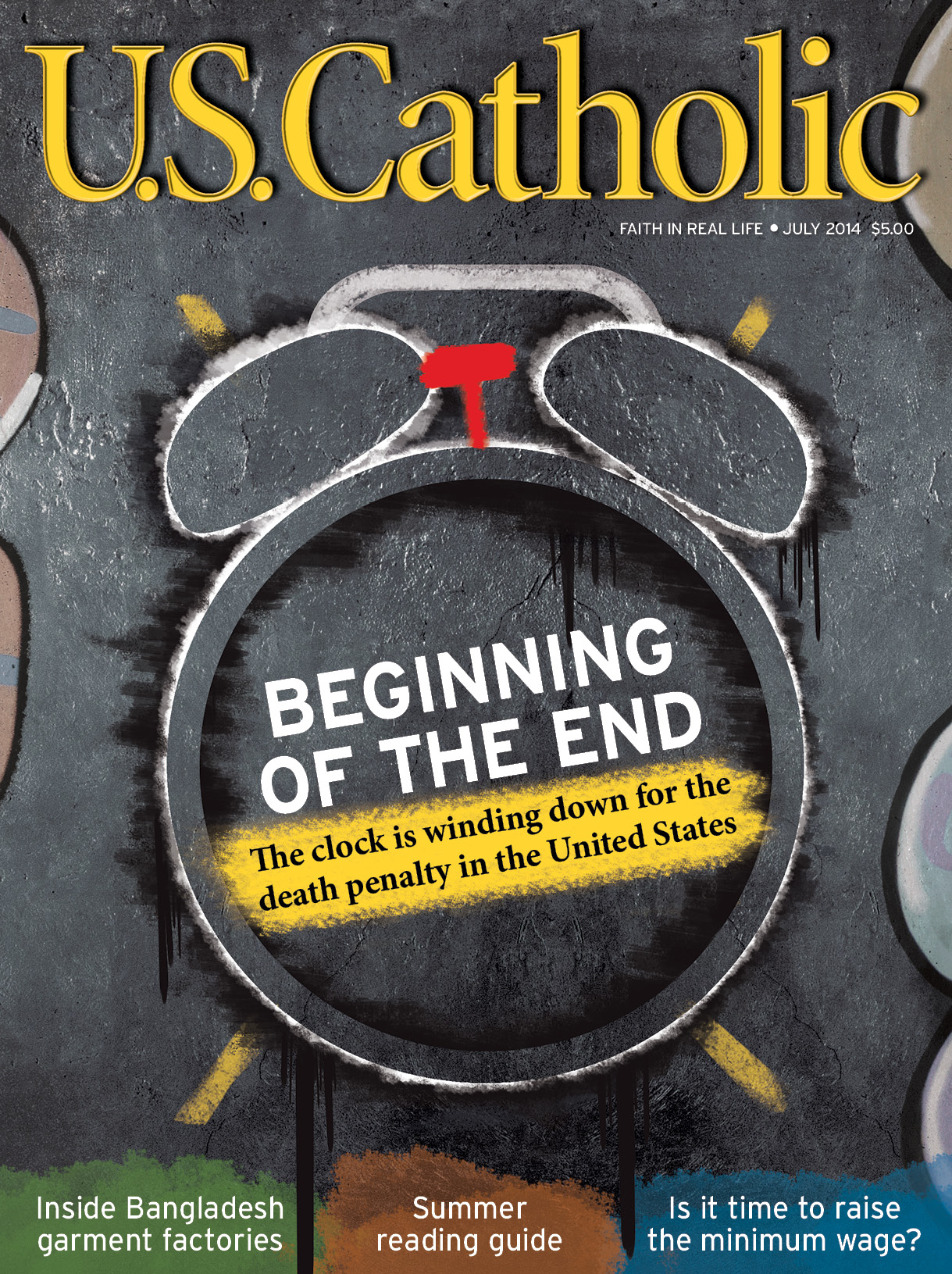 Beginning of the end

By Meghan Murphy-Gill
A carefully executed campaign to end capital punishment is slowly turning the tide of public opinion in the United States. But will it be enough to deliver a lethal blow to the death penalty?

The death penalty in the United States: A timeline

By David Snyder
After unsafe working conditions nearly tore the Bangladesh garment industry apart at the seams, new safety standards are attempting to manufacture a better workplace for factory employees.

An interview with theologian Ana Garcia-Ashley
It takes a village, or just a fired up group of concerned citizens, to bring about positive change, says this veteran community organizer. When people with a common cause unite, there’s no telling how much they can accomplish.

By Charles M.A. Clark
Putting a little more money in the pockets of workers earning the minimum wage can give the entire economy a raise. In Feedback, readers provide a cost-benefit analysis on increasing wages.

(Essays, short stories, and poems may not be available online.)

For an openly gay Catholic, the best kind of church is one where a person’s faith matters more than his or her sexuality.

By Brian Doyle
Just when a marriage seems to have gotten entirely off course, your spouse can come through with a hole in one.

By Catherine O’Connell-Cahill
The obituaries are a place where the stories of the dead can give you a new lease on life.

Glad You Asked: What is the resurrection of the body?

The Examined Life: Power to the public workers
By Meghan J. Clark

Margin Notes: The other African crisis
By Kevin Clarke

Culture in Context: Listen and learn
By Meghan Murphy-Gill

Testaments: Where you least expect it
By Alice Camille