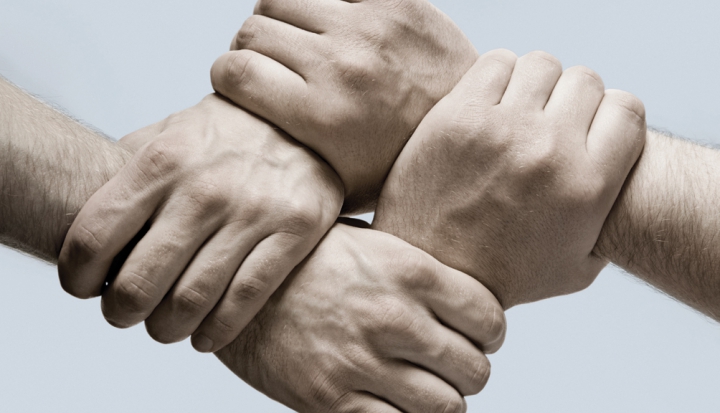 Should a librarian have any less of a right to unionize than an auto worker or a nurse?

In 1981 my grandmother, a librarian, became a union organizer. The director at her library had become increasingly erratic and dictatorial. This wasn’t a traditional case of exploitation or unsafe working conditions in a private factory or store—it was the public library. A welcoming community center had been transformed into a hostile work environment.

Teaming up with the local teachers union, she began to organize the librarians to seek justice and participation. On the day that I was born, they held the official vote to unionize. In one day she became a union leader and a grandmother. Today, though, jobs like hers are believed to be somehow different, and therefore her right to unionize is challenged.

Historically, Catholic social teaching has stood with workers and unions in the face of injustice. From Cesar Chavez and the founding of the United Farm Workers to Jesuit labor schools teaching negotiating tactics, Catholic social activists have often been at the forefront of the movement for worker justice.

The church’s steady support for unions is something that Father Robert Sirico at the Acton Institute, which is dedicated to the study of free markets, argues should be re-examined. It should not, he and other critics argue, apply to public workers. They claim that Catholic social teaching’s support for the rights of farmworkers to unionize ought not necessarily extend to teachers. Similarly, Catholic University of America President John Garvey coauthored a piece in the Wall Street Journal arguing that no popes “have advanced any official church position on unions of government workers.”

The implication is that public employees are somehow different. Are teachers, firefighters, sanitation workers, or librarians not workers? To claim that public employees are different misses the fact that in Catholic social teaching we begin not with unions but with the fundamental dignity of the worker. The rights of workers to form associations has been clearly, consistently, and emphatically reiterated since Pope Leo XIII issued Rerum Novarum (On the Condition of Labor) in 1891.

In Catholic social teaching, the priority of labor over capital is central. In Laborem Exercens (On Human Work), St. John Paul II reminds us, “Work is in the first place ‘for the worker’ and not the worker ‘for work.’  . . . [A]ll work should be judged by the measure of the dignity given to the person who carries it out.” The moral vision of Catholic social thought focuses our attention on the worker and the common good. The question of whether one is a public or private employee is irrelevant to the primary question: Is the worker being treated with dignity?

By focusing on the worker and not on a specific union, Catholic social teaching provides a wider vision. Unjust treatment was only one of the reasons my grandmother and her colleagues unionized. The other was their right to participate in the processes, structures, and planning of their workplace.

One role for unions is to combat unjust working conditions, but this is not their only function. As John Paul argued, “Workers not only want fair pay, they also want to share in the responsibility and creativity of the very work process.” Today, for example, we see teachers organizing not merely around wages or working conditions, but also demanding to have a voice.

Our teachers, librarians, police, firefighters, sanitation workers, and all civil servants actively contribute to the common good. They and their jobs are not lesser because their wages are funded by your taxes. They have equal dignity with private employees. In this current wave of hostility toward public workers, Catholic social teaching reminds us that the dignity of all workers—public and private—grounds their basic right to association, including the right to unionize and bargain collectively.