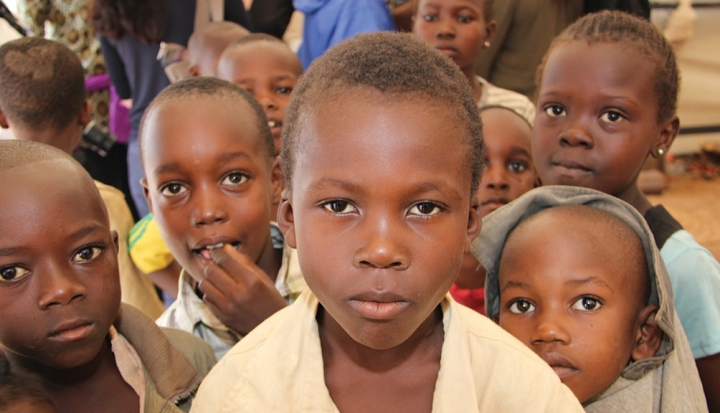 Africa is making headlines, but one of its gravest tragedies remains overlooked.

There have been at least four major news events emerging out of Africa in recent months. Which ones can you call quickest to mind? Chances are pretty good that for most Americans, the courtroom histrionics of South Africa’s Oscar Pistorius will be most familiar, thanks to the gavel-to-gavel media coverage. Many have also become aware of the suffering of Christians in Nigeria due to the mass kidnapping of school girls by Boko Haram, an Islamic terrorist group, and the international “Bring Back Our Girls” campaign. Further down the list, some news consumers may be aware of trouble in the world’s newest state, South Sudan, which stepped back—slightly—in May from a civil war that threatens thousands of noncombatants.

It would be a real surprise, however, if many Americans had heard much about the continuing crisis in the Central African Republic. Its months-long crucifixion represents what may simultaneously be the world’s most grave and least known humanitarian crisis.

It is easy to see how these other stories captured global attention. But are three stories from Africa all the world can manage at one time? Sometimes solidarity makes great demands, but other times all that a beginning to solidarity requires may be a slightly more discerning eye for that which is truly important. Certainly a potential genocide should have a claim to international attention and the resources necessary to circuit-break it.

Central Africa has for years teetered near the edge of failed statehood. Its government, dominated by Christians, has been corrupt and weak, ineffectual at promoting economic or structural development, and indifferent to human need in the largely Muslim north. There a sullen resentment among political resistance groups eventually coalesced into the militarized Seleka rebellion, which swept down from the north and in March 2013 deposed President François Bozizé.

Instead of offering a new beginning to Central Africans, the Seleka only brought more misery to the deeply impoverished state. Its mercenary ranks went on a murderous rampage against Christians—and even many Muslims—sacking the capital city of Bangui and murdering scores of people.

With the greater world indifferent to the suffering, remnants of the national army and security forces joined desperate farmers and dislocated young men to form a self-defense force known as the “anti-balaka.” That militia drove the Seleka out of power, but then turned its murderous attention to the nation’s defenseless Muslims, whom many Christians blamed for Seleka outrages.

Now virtually all of Central Africa’s Muslims have fled in an epic exodus to the Seleka-controlled north or into bordering states. While nearly 600,000 Central African Christians and Muslims have been driven from their homes, 2.6 million—more than half the nation’s population—now rely on humanitarian assistance. Central Africa is a broken state, its economy and sense of community shattered and worse disorder not out of the question.

A program manager for Catholic Relief Services whom I spoke with in Bangui believes Central Africa is approaching a point of no return. With an international surge of assistance right now, it could be redirected on a path of national restoration and communal reconciliation, or it could collapse in an implosion of interreligious violence and perpetual conflict fueled by its vast, unexploited natural resources—gold, diamond, coltan, oil, and more.

Two nearby models are Rwanda and the Democratic Republic of Congo, where millions died because of intercommunal violence or conflict propelled by resource extraction. Watching those recent catastrophes, world leaders swore they would never stand by and let such an affront to human dignity happen again. Yet here we are at another terminal moment in Central Africa—a place of great wealth, promise, and humanity, but a region which perhaps generates one too many stories for a distracted world to properly attend to.