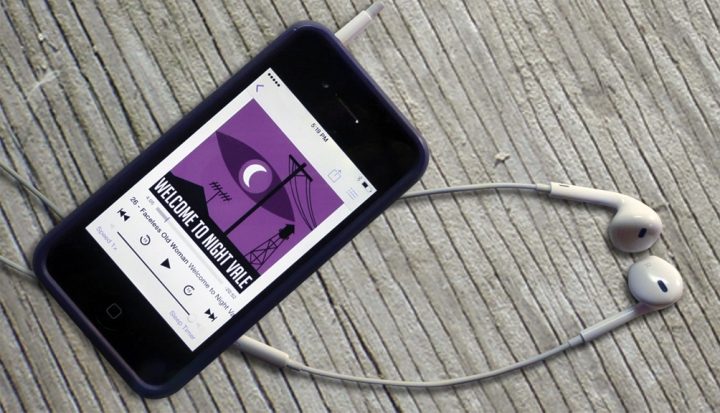 Sometimes the best conversations happen when we keep our mouths shut and our ears open.

When was the last time you really listened? If you’re anything like me, background noise is practically a necessity, something you hear for hours and hours every day. But listening—quieting your own thoughts to experience what someone else has to say—is much rarer.

The frustration in my husband’s face when I recently interrupted his story to quickly remind him of an item we needed at the grocery store alerted me to my problem, though in truth I had grown increasingly aware of my waning attention span over the past several years. Instead of following a friend’s train of thought about a book she’d just read, I’d turn my thoughts in on themselves and focus instead on why I hadn’t read the book—or if I had, how I was going to respond to her, effectively turning the conversation into an opportunity to voice my own thoughts.

This self-centeredness I’ve developed is almost certainly due in part to changes in the media landscape, as it were. Tweets regularly ask for readers’ opinions with just a headline and a link to a complex story, nearly every media outlet has a commenting section, and television programs promote “the two-screen experience” in which viewers can engage in social media while watching a show along with millions of other viewers, voicing their opinions on characters and plotlines. Despite the appeal to the sense of an online community, I fear that constant engagement with audiences just encourages talking without saying anything because saying something would require listening.

Still, I’m not ready to relieve myself of responsibility. Listening takes practice, and one way I’ve begun practicing is through podcasts.

Not all podcasts are created equal, however, and thanks to the accessibility to podcasting technology, really anyone can create one. That means that they contribute to the overwhelming amount of chatter out there. Still, as with most media, it’s worth it to sift through them to find what you love.

I’d like to share a selection of just a few of my favorite podcasts. I have an obvious bias toward those created by public radio professionals, but I think that’s because their hosts and producers are the most skilled in creating engaging audio content.

This American Life producer Hillary Frank found that the early days of parenthood were filled with both beauty and enormous challenges. She started The Longest Shortest Time at the end of 2010 and began talking with other parents about their own experiences with babies. Taglined “A 3 a.m. bedside companion for new parents,” the podcast actually has wider appeal. Because life’s deepest mysteries are often discovered in the mundane and remarkable moments of early years, The Longest Shortest Time is really for anyone interested in stories shared with honesty.

What makes a successful podcast often has to do with format, and the Dinner Party Download has that down pat. Organized around categories such as “Ice Breakers,” jokes told by celebrity guests, and “Cocktails,” concoctions from bartenders around the country based on a topic du jour, it’s a pop culture hour that gives you everything you need for conversation at your next dinner party. It’s fun and lighthearted without being asinine, unlike so many other weekly roundups.

Like Twin Peaks, Doctor Who, and SNL’s Deep Thoughts by Jack Handey rolled into a quirky serialized audio book, Welcome to Night Vale will confound you while making you laugh out loud. It’s undoubtedly strange and mysterious, so much so that I didn’t like it at first listen. At the insistence of others, I gave it another shot and am hooked.

99% Invisible is like your quiet, introverted friend who, when prodded into conversation, has the best stories and the most remarkable insights. Producer Roman Mars curates interesting reporting and conversations around surprisingly interesting topics (think airport design, bar codes, the numbers stations on shortwave radio).

For some reason, among younger, hipper audiophiles The Splendid Table gets a bad rap. I’m not sure why. Like the Dinner Party Download, this food-centric podcast does get broadcast on some public radio stations, but works best as a podcast. It’s well-formatted with short, easy-to-digest interviews with cookbook authors, food historians, and chefs. Host Lynn Rossetto Kasper’s love of food is brilliantly apparent—even more so is her excitement to share that love with recipe advice and a recurring segment in which Kasper attempts to create a meal out of a handful of ingredients in a caller’s pantry.

During public radio stations’ pledge drives and fund-raisers, hosts often appeal to “driveway moments,” those times when what’s on the radio is so compelling, it’s as if you’re frozen, stuck listening in the car even though you’re at your destination.

The same is true for podcasts, though those moments are usually entire episodes, which fortunately can be stopped and accessed again later. The best podcasts allow for a relationship between the host and the listener. The host makes you feel like you’re in on a conversation—just to listen. While I’ll often turn one on while cleaning the house or making dinner, I find that it’s practically impossible not to stop and just listen for a few minutes—and if I’m unable to stop what I’m doing, I will press pause and listen again later, or rewind for a second closer listen. And just try not to talk with a friend about an intriguing interview you might have heard, allowing the more intimate experience of listening to turn into actual conversation in your real life.

TagsCulture in Context Science and technology