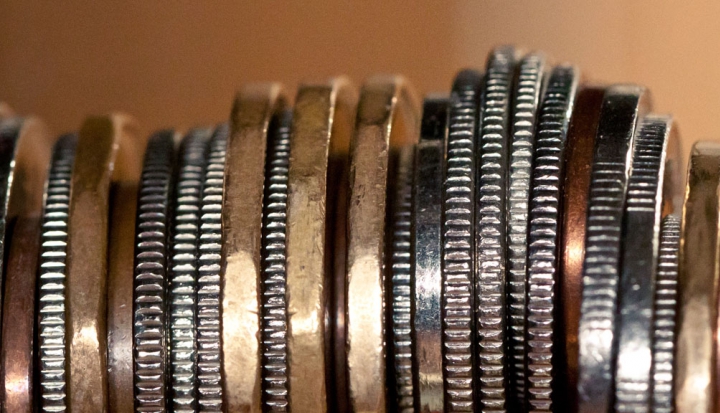 We’ve trickle-downed our way to shocking income inequality and a sluggish economy. Now it’s time for a reality check.

At this year’s State of the Union address President Barack Obama, stating that “America needs a raise,” proposed that Congress increase the federal minimum wage from $7.25 to $10.10 per hour. On the surface, the president’s push to raise the minimum wage appears to be directed toward a small portion of the working population. But the real target is the dramatic rise of wealth inequality in America, which has essentially divided the country into two societies. Much of the president’s case for raising the minimum wage comes directly from the Catholic Church’s own “just wage” doctrine.

The negative reaction some have to this proposal is based on protecting the economic and political gains of the rich, which have come at the expense of the poor and middle class. But their argument that raising the minimum wage will cause inflation or unemployment is based more on ideology than evidence.

The $26.7 billion in bonuses paid by Wall Street firms to 165,000 employees in 2013 illustrates the redistribution of income away from workers and toward the financial elite. The Institute for Policy Studies recently noted that this largesse is greater than the total yearly compensation of all full-time minimum wage workers combined. The income of those nearly 1.1 million minimum wage workers totaled $15.1 billion in 2013—just more than half of what the Wall Street executives received in bonuses.

Distributing money to the already overpaid creates one third less economic growth and job creation than distributing it to lower-paid workers. But the more fundamental issue is why Wall Street has $26.7 billion to pay out in bonuses. No doubt the practitioners of “casino capitalism” would paraphrase John Houseman from the classic 1970s Smith Barney commercial: “We make money the old-fashioned way . . . we earn it.” In an ironic sort of way, they would be right, because the “old-fashioned way” of creating wealth is the use of force and fraud. Whether it’s the Roman Empire or the British Empire, Viking raiders or corporate raiders, conquistadors or Russian oligarchs, slave traders or stock manipulators, force and fraud have been a main part of how people or countries got rich.

The modern way to create wealth is to increase productivity, expand physical capital, improve management efficiency, and most importantly, increase the education and skill level of workers. When mutually beneficial trade is the model of economic activity, both wages and profits go up. This is what happened from the end of World War II until the swing to the right with Ronald Reagan and Margaret Thatcher. Since then nearly all income gains have gone to the top 1 percent, with the bottom 80 percent having rising debt instead of rising wages.

Two changes in the economy help explain society’s extreme inequality: rewriting the rules regulating finance to benefit speculators and fraudsters, and the removal of supports for low-income workers. Besides the out-and-out theft that is rampant on Wall Street, finance increases its share of income by increasing the amount of economic activity that passes through their hands, allowing them to take a cut each time. Housing, health care, higher education, and even basic food commodities are all merely means to the higher end of commissions and capital gains. All these activities can be more efficiently produced and distributed without Wall Street involvement.

The second major factor has been withdrawing support of low- and moderate-income workers. Contrary to the dominant ideology, most wages are determined by the relative bargaining power of workers versus employers. If workers bargain as one, then they can force the firm to share some of the surplus created by technological change with them. Minimum wage laws—along with other forms of social protection like a strong social safety net, universal education, and a commitment to full employment—will also support the bargaining power of workers.

The obvious inequality in bargaining power between workers who have little income security and employers is so great that almost every developed country has some form of minimum wage law to prevent the exploitation of the poor. When there are no social protections, forced labor and other forms of slavery appear. Allowing the minimum wage to decline in real terms (not adjusting it for inflation), hostility toward unions, weakening the safety net, artificially keeping unemployment high, and neglecting the issue of immigration reform have all weakened the bargaining power of low-income workers, thus allowing employers to impose exploitative wages and working conditions.

Often this merely shifts the cost to the local or national government. Sam Walton founded Walmart with this strategy in mind, creating a very low-wage, low-benefit model of employment. Consequently, the retail giant had $17 billion in net income in 2013, but many Walmart workers receive government assistance—proof that Walmart is paying less than subsistence wages, while taxpayers make up the difference. Walmart has been able to spin taxpayer money into Walton family gold. Another example of earning it the old-fashioned way.

The main argument for subsidies and tax breaks for the very rich is that they are “job creators,” so we need them to be in control of society’s productive assets. Behind the rhetoric, “trickle-down” economics is essentially blackmail. If the rich do not get what they want, everyone suffers. Pope Francis has correctly noted that trickle-down economics has never promoted “greater justice and inclusiveness.” This should not surprise us, as blackmail rarely works out well for those being blackmailed.

Catholic social thought and its preferential option for the poor also offer strong support for increasing the minimum wage. The Catholic claim that workers deserve a just wage as a matter of justice—not charity—is based on the argument that wages should meet the material and spiritual needs of workers and their families. The U.S. Catholic bishops have pointed to this teaching in their recent efforts of calling on Congress to raise the federal minimum wage. Surprisingly, or maybe not so surprisingly, prominent Catholic politicians such as Rep. Paul Ryan and Sen. Marco Rubio have voiced strong opposition to raising the minimum wage. Both feel that government intervention into the wages of the poor will be harmful to the economy, creating inflation and unemployment, thus harming those it is intended to help.

While the church has always rejected the argument that people should be treated like commodities, prudential judgment does require us to look at the arguments against the minimum wage. Minimum wage increases could, in some circumstances, cause inflation, but only if wages go up faster than productivity. If the minimum wage had kept pace with labor productivity, it would be more than $20 an hour today—double what the president is proposing. If our economy was at full employment, the extra purchasing power in the hands of low-income workers might cause inflation, but we have high unemployment and the risk is toward deflation, not inflation.

Furthermore, the evidence doesn’t show that increasing the minimum wage leads to higher unemployment. In fact, the opposite is true: The new jobs created by increasing the purchasing power of low-paid workers, which in turn increases spending levels, outnumber the jobs that might be lost by employers deciding to lay off workers because labor is more expensive.

The last dramatic rise in inequality that nearly destroyed America hit its peak in the 1920s. It took the Great Depression and World War II to reverse that dangerously unbalanced economy and society. Let us hope a little common sense, starting with a federal minimum wage increase, can provide for a less painful correction.

2. The group who would most benefit from a minimum wage increase would be:

67% – All workers, because raising the minimum wage will boost the entire economy.
13% – Families who are struggling to get by on the income from one or more minimum wage jobs.
13% – No one will benefit from a minimum wage increase.
9% – Low-skilled workers who are not qualified for higher-paying jobs.
3% – Teenagers, college students, and other people who are just starting out in the workforce.
1% – Workers who have been laid off or unemployed and need an entry point back into the workforce.
10% – Other

3. Small businesses will be hurt by a minimum wage increase.

Representative of “other”:
“It depends on what small businesses do to offset the cost of the wage increase.”

4. The massive profits of corporations like Walmart are proof that companies can afford to pay higher wages.

5. The Catholic Church’s role in the minimum wage debate should be:

43% – To lobby Congress to increase the minimum wage based on the principles of Catholic social teaching.
32% – To educate Catholics about church teaching on a just wage, but not to get involved in public political advocacy.
11% – To say nothing on the issue and stay out of the debate entirely.
8% – To vocally oppose a minimum wage increase.
6% – Other

6. Catholics who read the church’s teaching on labor and justice can come to different conclusions about raising the minimum wage.

Representative of “other”:
“We can agree on the need for a just wage and equal dignity.”

Results are based on survey responses from 240 USCatholic.org visitors.

Charles M.A. Clark is a professor of economics and senior fellow at the Vincentian Center for Church and Society at St. John’s University in New York.