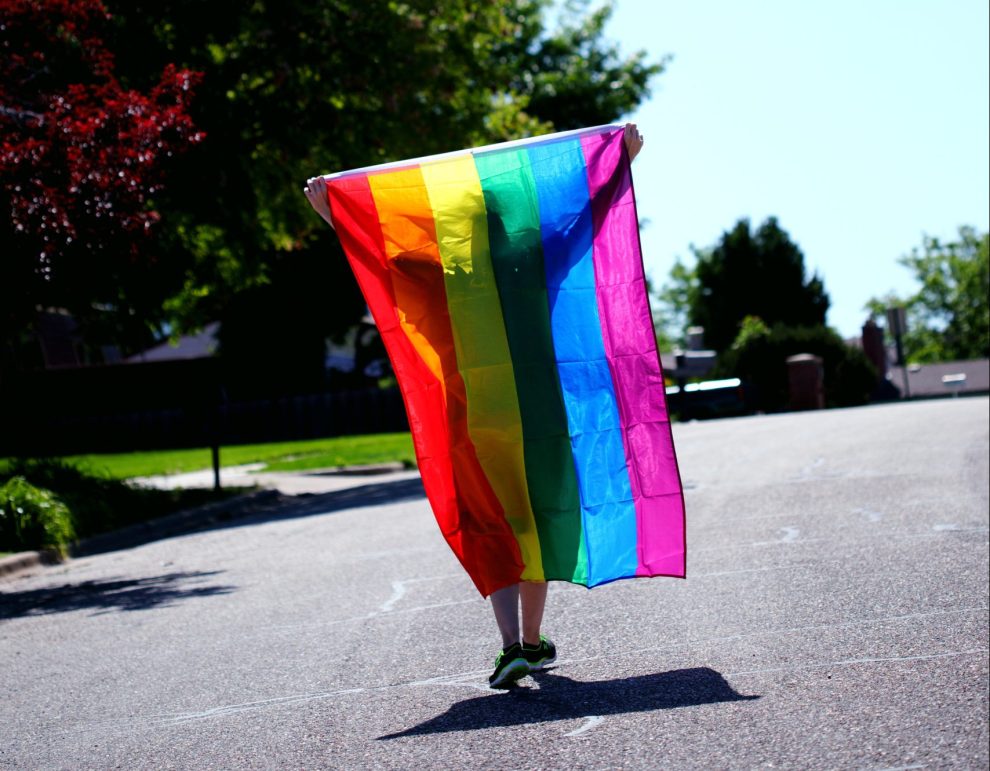 It’s said that coming out is a lifelong process. There are its initial, more dramatic phases, usually connected with firsts (though not necessarily in this order): when you first realize what your sexual feelings are, the first time you tell someone you’re gay, the first time you fall in love. The drama of each is essentially the same. It’s the existential drama of asserting yourself in the world, in your own life, and of saying, “This is who I am.”

It can be an exhilarating moment; it can be a terrifying one. Most often, it’s both at the same time. Exhilarating, because it’s an assertion of personal and public honesty, of growth, but also—and more important—because it’s a movement out of secrecy into mystery. Martin Buber says that anyone who moves forward in truth moves forward into God, into purity of spirit, and into the mystery of life itself.

But the coming out here is of another species entirely. This is something deeper than your earlier comings out—drama has been replaced by resonance. Now it’s not so much about telling yourself you’re gay as it is about asking yourself what exactly that means to you; about looking realistically at the world and deciding what are the battles you’re willing to fight with it and what are the battles you’re willing to fight with yourself; about getting past the rhetoric and easy polarities, admitting that both sides may be right and both sides may be wrong, and, while a given solution may seem simple, there’s no evidence at all that life has ever moved toward simplicity.

The coming out in this case was about who I am spiritually. I have no problem telling people I’m gay. But it can sometimes be weird telling people I’m a Catholic. Pope Francis’ “Who am I to judge?” remarks, though taken entirely out of context and wildly misinterpreted, have nonetheless reflected a welcome shift in tone. But the shift is not widespread. A recent Pew Research Center survey of LGBT Americans found that 48 percent of the respondents—more than twice the national average—consider themselves atheist/agnostic or simply have no religious affiliation. Of the 51 percent who do have a religious affiliation, 26 percent are Catholics, and two thirds of that 26 percent consider their own church to be unfriendly toward them. When respondents were asked to list the religions they considered most unfriendly, 8 in 10 put the Catholic Church on the list, along with the Mormon Church and Islam.

These are heartbreaking figures, all the more so because the unfriendliness being referred to isn’t simply a matter of a crusty pastor here and there. It is, in part, doctrinal. During my own years away from the church, a period I now see honestly as spiritual laziness, the angry part of it was about not wanting to be part of an organization that considered my sexual inclination to be, per the catechism, “intrinsically disordered.”

But now I’m one of the 26 percent, and the irony here is that it was a former boyfriend, a convert to Catholicism, who got me back into the church. I remember him telling me about his conversion experience, and I had never heard anyone, certainly not a gay man, talk so happily, so assuredly, so emphatically about his faith. Being in a relationship with him was an important layer of coming out for me, but it’s the moment of spiritual honesty that resonates with me still. I’m a Catholic. I’m a gay Catholic. And it grieves me to think that two thirds of my brothers and sisters don’t feel welcome in their own church. No one should feel unwelcome in a church—and certainly not in the church.

It particularly grieves me because I know it doesn’t have to be like that. At all. I’m a member of a parish in New York that’s so welcoming as to be nearly a parody of inclusion. We have all races, ages, abilities, styles, and sensibilities, from some of the older Irish crowd who go way back to the neo-punk guy who’s fairly regular at the 9 o’clock Mass. It’s a parish where the liturgies actually feel alive, where people clearly enjoy praying with one another; a parish with prayer groups, social justice groups, a shelter, a soup kitchen. A place where you can feel the goodness going on around you and you want to get involved. (I’m a lector, a eucharistic minister, and the catechist for the third-graders.) And it’s wonderful to be part of a parish community, a faith community that does exactly what it’s supposed to: Every week it convinces me that Christianity might work after all.

Gay people expend a lot of energy looking for acceptance and tolerance. It’s pretty much a part of our DNA. But genuine welcome goes far beyond acceptance and tolerance. Welcome is a joyous absurdity of openness and love, of oneness, and what I love most about my parish is that I’m not a gay Catholic there. I’m just a Catholic. There’s nothing special about me. On the contrary, I am appreciated but otherwise wonderfully taken for granted. It’s a genuine welcome that doesn’t just welcome you to church; it welcomes you to the baptism that made you church in the first place.

As Catholics we’ve heard a million times that everyone is welcome at the table, so much so that it’s nearly a spiritual cliché. But once you actually experience that welcome on a real level, when the invitation goes beyond Christian nicety or tolerance and pulls you into the living spirit of the faith community, into transcendence, you remember that God doesn’t accept us, doesn’t tolerate us. God loves us.

And when I remember that, I remember why I’m in the church, why I’m one of the 26 percent. I’m not in the church for the catechism, I’m in it for the creed. I’m in it for the light and beauty I experience at the heart of Catholicism, far from any politics—far, even, from a good deal of theology. I’m in it for the spirit of the Eucharist, of scripture, and most of all for the spirit of the people I worship with every Sunday. A couple weeks ago I was sitting next to one of the older members of the parish and was in tears at the simplicity, intent, and quiet joy with which he sang the psalm response. No catechism can touch that. And it’s this experience of the church on the local level—which I think is the important one—that gives me hope for the church at large.

I’m a sinner just like everyone else at my parish, but my sin isn’t my homosexuality. The sinfulness of my being gay is that it tempted me, allowed me—encouraged me, really—to think that I was somehow set off from the rest of society, that I wasn’t really part of the world. The sin of my homosexuality is that it led me to believe lies—deadly, soul-killing lies—a sin for which I am indeed heartily sorry. But by the grace of God I’ve forgiven the people who told me those lies, and I’ve forgiven myself for believing them. And by the grace of the people I pray with every week, by the love they give me and the love I return, I move forward with them into the truth: I am part of society. I am part of nature. And I am very happily part of the church.