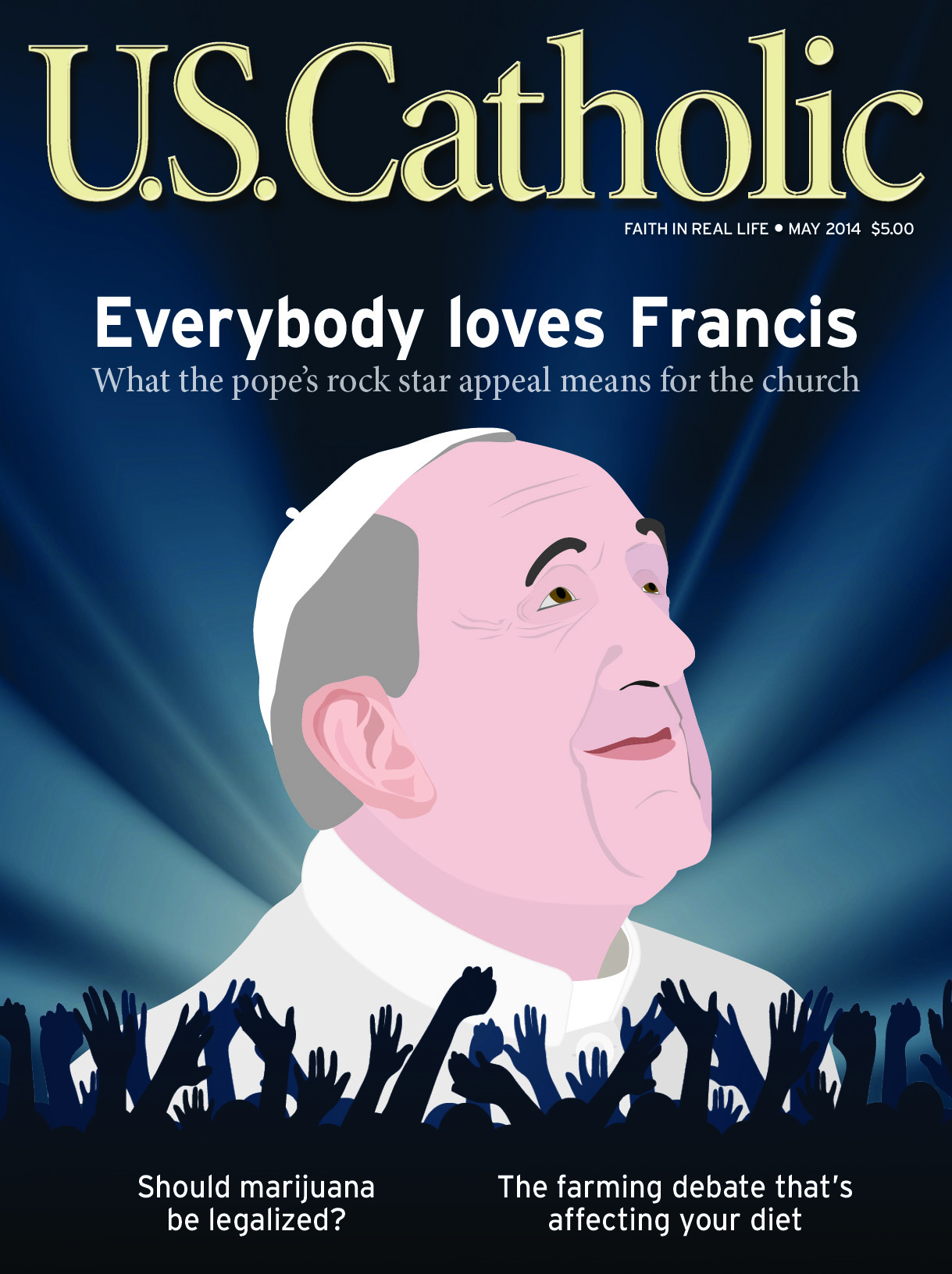 By Meghan Murphy-Gill
From the streets of Rome to Rolling Stone, Francis-mania is everywhere. But is the pope's celebrity status drawing a crowd to the place where it matters most—the pews?

By Sue Stanton
The growth of genetically modified crops is sowing seeds of discontent among farmers. Some hail these modern innovations as a solution to world hunger, but others fear the potential risks outweigh the rewards.

Food safety and food security in the GMO era

Family farmers: Living on the edge

An interview with theologian Emily Reimer-Barry
The church's actions don't always match up with its words about the inherent value of women, says this feminist scholar. How can the church make sure that women have a place at the table?

Is America going to pot?

By Father Gerald Coleman, S.S.
Before Americans make a joint decision to legalize marijuana nationwide, it is high time we consider the moral and social consequences. In Feedback, readers raise some sobering questions on drug use.

(Essays, short stories, and poems may not be available online.)

Essay: The art of losing

By Molly Jo Rose
Everyone wants to be a winner, but kids can gain a lot more than a participation trophy by coming out on the losing end.

By Brian Doyle
God's infinite power and wisdom is a good thing to ponder while waiting for your morning coffee to finish brewing.

By Father Scott Jones, S.D.S.
Pope John XXIII ushered in a spirit of change that is still felt—and much needed—in the church today.

Glad You Asked: Why do Catholics venerate Mary?

The Examined Life: Have faith in science
By Bryan Cones

Culture in Context: Rockin' on the river
By Danny Duncan Collum

Testaments: On the broken road
By Alice Camille