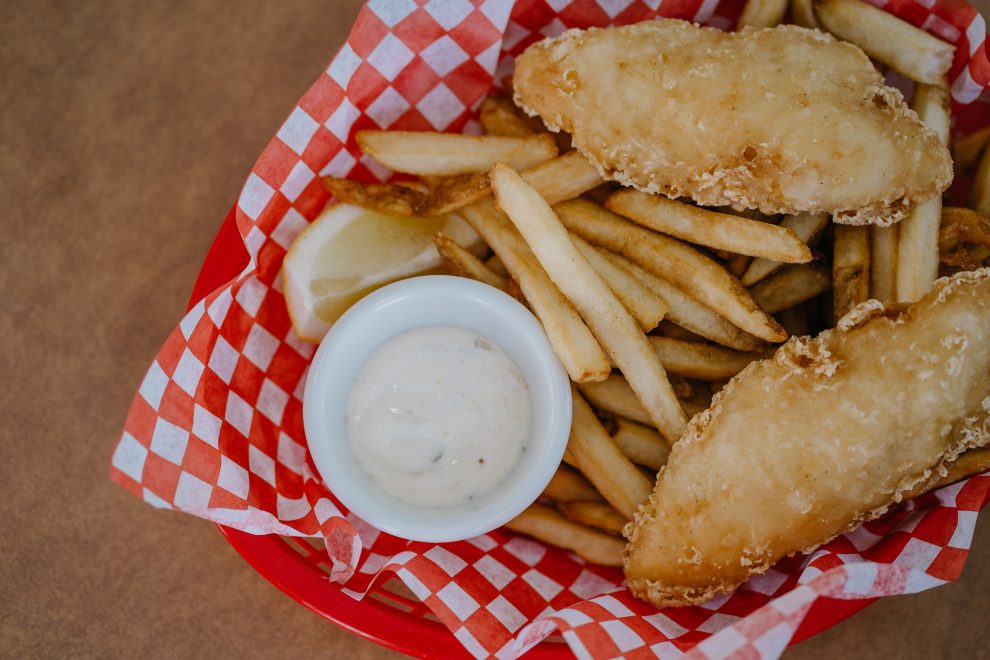 Christians have fasted (gone without food) and abstained (gone without certain foods, especially meat) since the beginning. The Book of Genesis teaches that all the plants and animals that God created and entrusted to human beings are good, especially those given to us as food (Genesis 1:29). Jesus taught that nothing that a person eats makes him or her evil (Mark 7:18). So why then do Christians fast and abstain?

When the devil tempts Jesus in the desert with a comfortable life and a full stomach, Jesus recalls the wisdom of Deuteronomy: “One does not live by bread alone but by every word that comes from the mouth of God” (8:3). Fasting and abstaining makes this real. It also hones our appetite, training us for the basic stance of a baptized person in this world:  gratitude. Doesn’t something taste better once you’ve truly hungered for it? Aren’t we more grateful for what we’ve hungered and thirsted for?

What then is the significance of abstaining from meat?  And why eat fish? The tradition suggests a number of reasons.  Some say that forgoing meat was forgoing a luxury, as meat was relatively rare for most people. This certainly would have been true in the ancient Mediterranean world in late winter—our time of Lent. Today this hardly seems true, since seafood is the luxury and hamburger costs pennies. And besides, the tradition is to abstain from meat, not necessarily to eat fish.  Eating vegetables suffices.

The practice of eating fish is related to the day we typically abstain from meat: Friday. This is the day that Christ died, so abstaining from the shedding (and consuming) of blood seems appropriate. Friday, the sixth day, was also the day that God created animals, so abstaining from meat is a symbolic “stay of execution” for cows, pigs, and sheep—just as the cross saves us from eternal death.

The Hebrew scriptures also tell of Leviathan, a primordial gigantic enigmatic sea-creature (think Jonah’s whale) that represents death. So carving up and eating Leviathan on the day that Christ killed death makes great sense to the biblical imagination. Because of Christ’s victory, the great monster death is now nothing more than fish sticks on your plate! Think of that next time you skip that Friday hamburger for a tuna fish sandwich.

This article appeared in the March 2007 issue of U.S. Catholic. Click here to subscribe to the magazine.