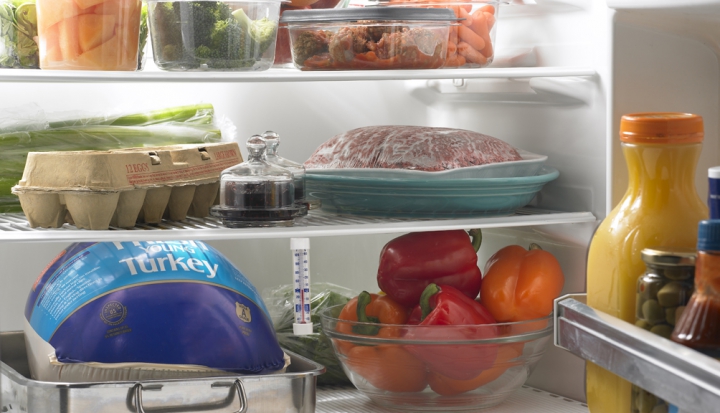 In the last half century, food eaters and food providers in the United States have prioritized food quantity, the “all-you-can-eat” model, over food quality, the freshness and nutritional value it has. But in the last decade, things have changed. More attention has been placed on the quality of food—specifically where it comes from and what is in it.

The phrases “food security” and “food safety” have slipped out of their usual domains in government, academia, and nongovernmental organizations, and have become part of our common vocabulary, leading some to assume the two concepts are roughly equivalent. And yet, they could not be more different. The term “food security” refers to a population’s food supply and whether it can adequately meet hunger needs. According to the World Trade Organization, being food secure is “when all people at all times have access to sufficient, safe, and nutritious foods to maintain a healthy and active life.”

The key word is “safe,” as quantity doesn’t always mean quality. Food safety is a global concern within every country in the world. Broadly speaking it is a science in which the growth of food—from how it is handled in the soil to the way it is harvested, taken to market, and purchased—falls under rules and regulations. Food safety is a sacred trust: a faith that food is free from chemicals and bacteria that are harmful to humans.

This concern has taken on an entirely new dimension in the modern farming world, where genetically modified organisms (GMOs) are becoming increasingly prevalent. Genetically modified seeds are engineered to be as tough as farmers themselves, standing up strongly despite two feet of water above them as a result of spring flooding and then facing month-long droughts at temperatures above 100 degrees. And that’s not even considering the risk of insect, soil, or seed borne diseases, or wind damage. GMOs can withstand all of the dangers that frequently wipe out crops, thus guaranteeing a farmer a better harvest and producing more food for a hungry world.

The use of genetically engineered crops has grown rapidly—U.S. farmers planted about 170 million acres of genetically modified seeds in 2013, according to the U.S. Department of Agriculture. The result is that these crops end up in many of the foods we eat. According to the Non-GMO Project, more than 80 percent of foods sold in North America contain GMOs; the grocery chain Whole Foods estimates the number of processed foods sold in the United States containing GMOs to be between 75 and 80 percent. And according to the International Service for the Acquisition of Agriculture Biotechnology Applications, in the year 2012, 88 percent of the corn feed given to animals is the result of genetic modification.

This has resulted in widespread concern about the safety of foods containing GMOs. In a 1992 policy dealing with the development of new plant varieties, the Food and Drug Administration (FDA) recommended that developers such as DuPont and Monsanto consult with the FDA about bioengineered foods under development. Companies investing in GMOs did so routinely, according to the FDA website.

But some questioned whether “consultation” with the FDA meant anything with real teeth and authority that might force the seed companies to produce results showing no harm to people from GMO seed products. As time went by, confusion increased. The “trust us” attitude on behalf of GMO seed companies only bred further confusion, anger, and fear.

One result has been a state-by-state push to ensure that all foods made with GMOs be clearly labeled as such. In 2013 the Center for Food Safety reported that roughly half of all states had introduced bills to require the labeling of GMO products. In the past year, Connecticut and Maine became the first states to pass GMO labeling bills, while Washington State voters rejected a ballot initiative to require labeling. Meanwhile, powerful GMO companies like Monsanto have backed legislation that would prohibit mandatory labeling laws in favor of a voluntary labeling system.

The debate revolving around GMOs and whether products containing them must be clearly labeled may only be the beginning of rethinking how humanity eats and what it means.

Want to read more? Check out these sidebars: Family farmers: Living on the edge and Seven tips for moral eating