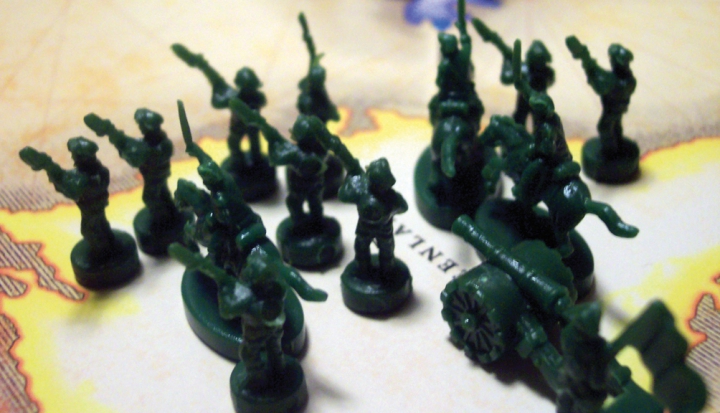 Our inflated military budget comes at the expense of the nation’s most vulnerable.

A fundamental responsibility of national defense is a rational assessment of real-world threats and the practical limitations of military power. Every four years the Pentagon updates its long-term strategic priorities in a Quadrennial Defense Review (QDR), which offers some insight into how the U.S. military will prioritize and deploy its forces.

Scanning the latest QDR, it seems that the greatest threat the Pentagon faces is a diminishing justification for its gargantuan budget. Old stalwarts such as instability in the Middle East and Africa and “nations of concern” such as North Korea and Iran make an appearance in the report. The recent confrontation in Ukraine did not break soon enough to be included, but renewed tensions with Russia will surely soon be cited in campaigns to plump up the military budget even as spending on human capacity continues to be scrutinized and denigrated.

In the era of the budget sequester, the Pentagon faces what passes for constrained spending—at least compared to the “blank check” approach enjoyed during the wars in Afghanistan and Iraq, now estimated to have cost us between $4 and $6 trillion. But even in a flush budget year, it remains true that, as President Eisenhower first noted, every dollar spent on a tank or a missile is a dollar not being spent feeding the hungry, creating jobs, or improving the nation’s infrastructure and educational capacity. That’s why it is important to remain attentive to how the Pentagon intends to “lean forward” into this still new century. Encharged each year with the world’s largest spending, building, and operations budget, what the Pentagon decides matters at home—and it matters to the world.

Global spending on defense is expected to top $1.55 trillion in 2014. About 40 percent of it—more than $600 billion, or $2,000 per person—will be spent by the United States. The QDR promises a lean and mean military in terms of personnel; indeed, scheduled force reduction will reduce the U.S. armed services to the lowest head count since before World War II. But what it lacks in people power, the Pentagon plans to make up in technology: more drones, more computers, and more research toward Terminator-style robotics on the battlefield. Is this really how we want the nation’s finite resources put to work in the world?

It is our call to make, through our representatives in Congress. Fiscal hawks stalk the comparably minuscule federal dollars directed to public aid or unemployment support, food stamps, and free lunch programs, swatting fiscal flies that tease around the giant elephant snorting and weaving in the background of budget negotiations: defense spending.

Folks concerned with the rational and just distribution of national wealth need to conduct their own assessment of the Pentagon’s plans. It should be a responsibility of informed citizenship to review the QDR and challenge the assumptions which undergird it and the geopolitical targets it establishes, not only in service to peace but also to good stewardship of national wealth and care of this blessed creation.

In the coming year a profound struggle will no doubt emerge with forces determined to resurrect Cold War-era spending to counteract Russian President Vladimir Putin’s restorationist visions. Christians need to remain focused on the preferential option for the poor and protecting those subsets of the federal budget likely to soon be offered up on an altar of reinvigorated defense spending.

Pope Francis writes in Evangelii Gaudium that “our relationship with the Father demands and encourages a communion which heals, promotes, and reinforces interpersonal bonds. In our world . . . different forms of war and conflict are re-emerging, yet we Christians remain steadfast in our intention to respect others, to heal wounds, to build bridges, to strengthen relationships, and to ‘bear one another’s burdens’ (Gal. 6:2).” As Christians, we are better armed in that effort with tools of peace than with more tools for warmaking.