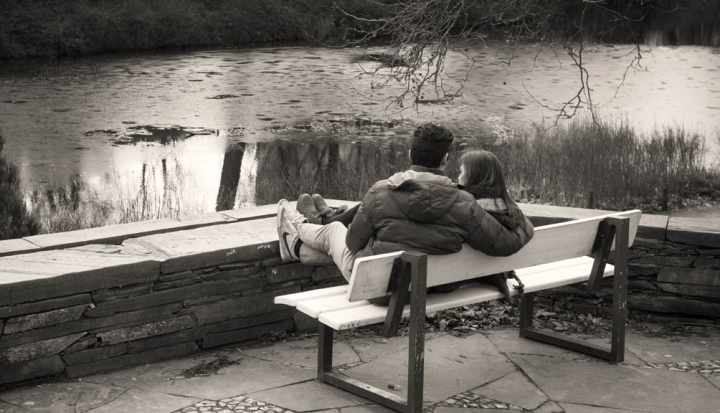 Anxious college freshmen and concerned parents alike may wonder: Just how prevalent is the oft-debated “hook-up culture” on college campuses? After two years surveying students at Catholic colleges about culture and relationships, Jason King, associate professor of theology at St. Vincent College in Latrobe, Pennsylvania, has an answer. Yes, he says, it’s out there—but not because today’s young Catholics long for the days of free love.

The idea of “hooking up” can take on many forms, from just kissing to having sex with someone without being in a committed relationship. And according to King, the majority of students on Catholic campuses share a dislike of this culture, yet most still participate in it in some way. Why? Because many see the only alternatives as either being alone or being in a serious relationship.

He says that while most students long for “good, healthy, happy relationships,” even serious relationships among young adults often begin through hook-ups. “They tend to hook up with people they’ve know for a while,” King says of today’s young adults. “They might drink at a party and then hook up, and then not explicitly acknowledge the interaction, though many are still hoping for a relationship to come of it.”

King found that hooking up in general is less frequent on Catholic campuses compared to state schools or private schools. Sixty percent of college students overall say they hook up at least once per year. On Catholic campuses, that percentage drops to 40. However, about 60 percent of hook ups among students at Catholic colleges include sex, compared to 50 percent at state or private universities. “Students tend to try to use sex as a way to try to build intimacy, because most want relationships,” King says. “They’re interested in someone and trying to move the relationship forward.”

Kerry Weber is a writer living in New York City. She is the author of Mercy in the City: How to Feed the Hungry, Give Drink to the Thirsty, Visit the Imprisoned, and Keep Your Day Job (Loyola Press).