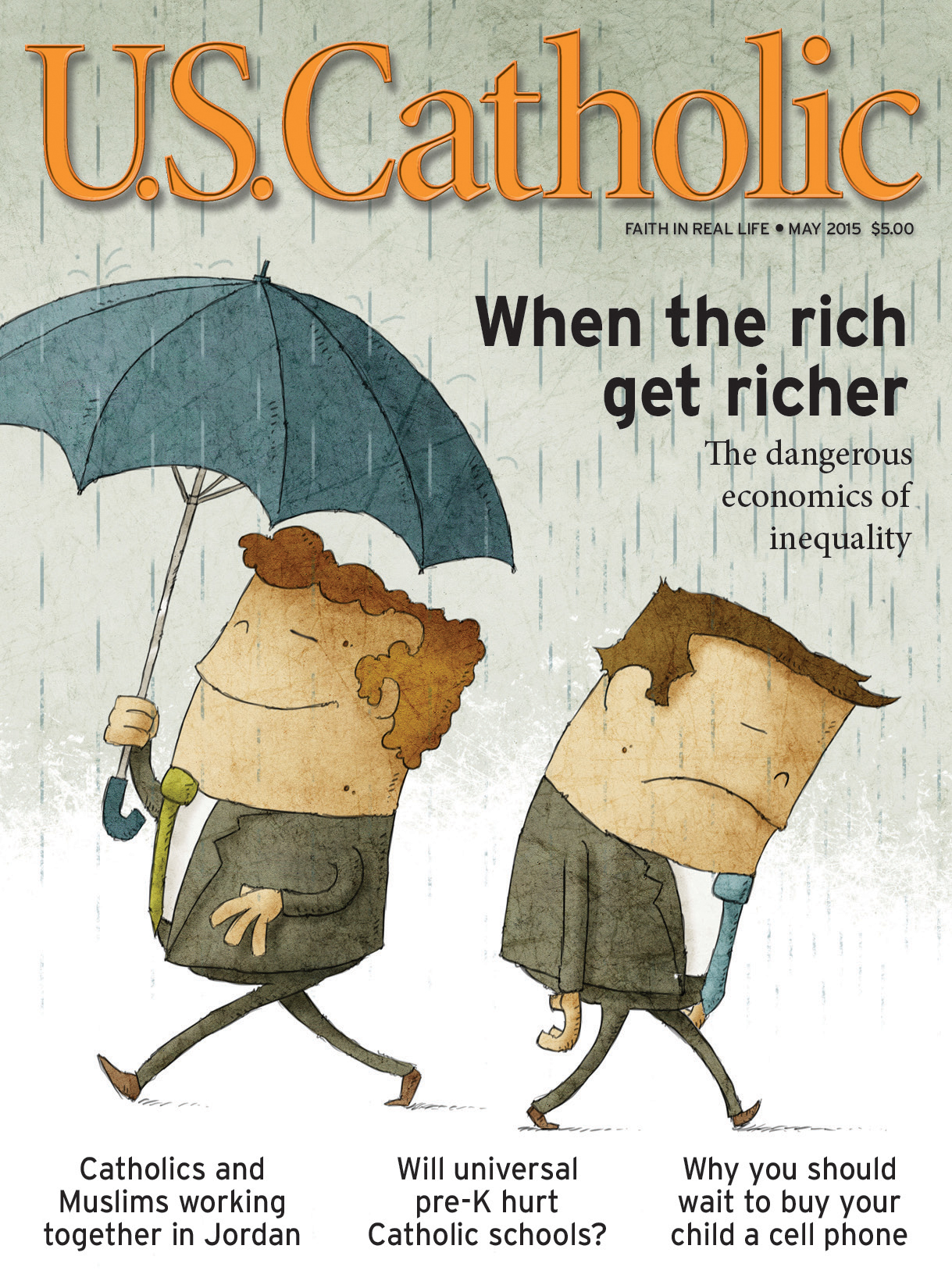 When the rich get richer

America’s economic scale is tipping increasingly in favor of an elite few. If we don’t restore balance, the widening wealth gap may soon become irreversible.

Inequality by the numbers

Ongoing efforts to make pre-K free could cost Catholic schools one of their strongest sources of revenue. How will faith-based preschools respond to the competition?

Choosing the right preschool for your child

Christians and Muslims: A common cause

An interview with Father Nabil Haddad

In the turbulent Middle East, Jordan is a safe haven in the eye of the storm. This Melkite Catholic priest says the secret to stability lies in forming bonds between Muslims and their Christian neighbors.

Parents should put preteen cell phone use on hold. In Feedback, readers make their own calls on giving kids mobile devices.

Does parents’ cell phone use hurt  their kids?

Reading Socrates on the streets

A college course on the classics takes on new meaning when the students are residents at a local homeless shelter.

Not your grandmother’s Mass

The secret to filling empty pews may be finding new and creative ways to bring the Mass to those who are missing.

Wise Guides: Diamond in the rough

Margaret of Castello’s own suffering led her to become a source of comfort and hope for generations of people on society’s margins.

Glad You Asked: What is a cardinal?

The Examined Life: Where there is hatred…
By Father Bryan Massingale

Margin Notes: Give unions their due
By Kevin Clarke

Culture in Context: Missing the mark
By Danny Duncan Collum

Testaments: That’s what friends are for
By Alice Camille