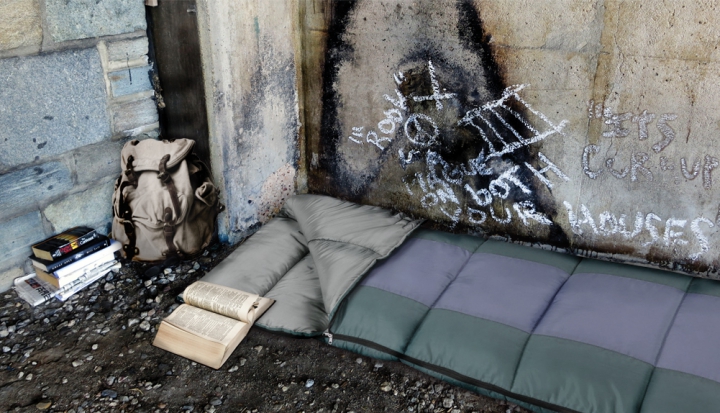 Today, knowledge is power. Many private and Catholic universities are wealthy institutions sustained by large endowments and ample tuition revenues. This is certainly the case at the University of Notre Dame, where we have taught for three decades in the Program of Liberal Studies, the university’s freestanding undergraduate Great Books department. The great books movement began at Columbia University in the 1920s as a way to open university walls to people who had neither the time nor the resources to be traditional students. Convinced that working men and women would benefit from the challenges posed by great works in the arts, humanities, and social sciences, the founders of the movement developed a curriculum to be offered in evening seminars to those who otherwise would not have access to university instruction.

One direct response to poverty is to help the anawim find their breath and their voice. To enable the poor to breathe and speak for themselves is to participate in the ongoing creative activity of God. Education is all about breath and words. Education leads to power. From our earliest years at Notre Dame, we were inspired by the founding vision of breaking down university walls, but it took the humbling example of our students’ commitment to volunteer work while at school and, in gratifyingly many cases, for a dedicated year or two after graduation to spur us, or embarrass us, into action.

At just the right moment, we discovered Earl Shorris’ account in his 1997 New American Blues: A Journey Through Poverty to Democracy (W. W. Norton) of a for-credit series of courses, taught by university professors at Columbia and elsewhere, to New York City’s poorest. With more than enough reasons to forge ahead, in 1998 we began a series of great books seminars at South Bend’s Center for the Homeless.

Because the life circumstances of guests of the center often change quickly and are unpredictable, we decided to offer a sequence of three eight-week units, with credit to be awarded at the completion of the course. We organized the units thematically beginning with “Justice and Tyranny,” moving to “Self-Discovery,” and concluding with “God and Nature.” The reading lists were as challenging as those we assigned to our own rigorously selected undergraduates. Our homeless students read, among others, Homer, Sophocles, Euripides, Plato, Augustine, Aquinas, Petrarch, Machiavelli, Montaigne, Shakespeare, Milton, Melville, Frederick Douglass, Virginia Woolf, Martin Luther King Jr., Wallace Stevens, Flannery O’Connor, and Naguib Mahfouz.

In our great books seminars, professors neither lecture nor tell our students what the books mean; instead, we are fellow students who help our classes develop their own informed readings. Students gain confidence as they gain competence. Most of our students at the center never expected to sit in a university classroom. The learning curve is steep, but most of the time they ascend it rapidly and eagerly.

Our students regularly call attention to the energy that comes from intellectual engagement and self-examination. The value of this course for students is not so much about the particular content of the course but rather the sustenance of the spirit. In proving their competence to others, our students also prove it to themselves. Experiencing homelessness or losing one’s job and one’s family is a terrible blow to one’s sense of self-esteem. Succeeding with such a challenging curriculum helps our students gain confidence. The seminar context of the class gives the students an opportunity to develop their skills of interpretation and expression.

When a New York Times reporter inquired about visiting our class, we asked the students to decide; they were unanimous not only in saying yes but also in requiring that he read the assigned text for the day, Plato’s Apology of Socrates. After observing the class, the reporter asked them provocatively why they were studying the classics instead of preparing themselves for jobs. A student shouted back, “You cannot live by bread alone!”

There is a profundity to that comment that might be easily overlooked. The guests experiencing homelessness search for truth, justice, and beauty as much as or more than the rest of us. Many of our students know far better than we what money can and cannot buy. Another student, one of our best, told the reporter, “When you come out of the fog of addiction, you thirst for knowledge. You feel there is so much you missed. For 20 years, I never had a goal beyond where my next glass of vodka was coming from. When Socrates talks about the pleasure of knowledge, I know exactly what he means.”

Students from our class have “lived” the books themselves and out of that experience have brought forth new and significant insights into the text. For example, in a conversation while we discussed the opening scenes in Shakespeare’s The Tempest, one student addressed the class and said, “This book was written about us. Look around the room—all of us have been shipwrecked by life.”

When we first discussed The Confessions of St. Augustine with the class, Kate, a recovering heroin addict, argued that in her judgment Augustine understood addiction and recovery better than anyone she had ever met. Like Augustine, Kate was experiencing a conversion herself. The description of Augustine’s famous conversion spoke as directly to Kate as had Romans 13 to Augustine himself. The message was deceptively simple: “Cast yourself upon him and be not afraid.”

Kate described her homelessness as an outward expression of her inner estrangement. Before she could gain control of her life, she had to know herself as God knew her. In the Confessions, Augustine tells the story his estrangement and conversion—he frames his own life story as an enactment of estrangement and return, not a movement through space but a movement of the heart. In the book, he takes us with him in his journey out of addiction and homelessness to liberation and an abiding home with God.

Before teaching this class, we had not considered the possibility that homelessness was fundamentally a spiritual condition, marked by a radical rootlessness. Unfortunately, responses to homelessness often focus primarily on people’s lack of conventional, permanent housing. Caretaking approaches to the homeless tend to confirm their sense of disconnection, powerlessness, and low moral worth. Moreover, caretaking approaches do not come to grips with the spiritual dimension.

The preferential option for the poor has as much to do with identity as it does politics. The poor are not simply others in need of the help of the powerful. All of us are anawim, without sufficient breath, without a true home. Power, wealth, privilege, education, and mental and physical health do not define us as persons or bring us lasting fulfilment or happiness. The preferential option for the poor leads us to a radically democratic liberal arts education oriented toward self-discovery in community. The self to be discovered from a Christian perspective is utterly dependent on God and utterly graced by God.

Our experience with the great books course resonates with Pope Francis’ call for solidarity with the poor. The preferential option for the poor should be expressed at the center of our collective life; it should influence all that we do. If we trust in the power of the education that we give to the best and brightest of our undergraduates, we must find a way to bring that education to those on the margins. Whom we educate matters every bit as much as how we educate. Justice demands that education be offered to all members of society.

This essay is adapted from a chapter in The Preferential Option for the Poor Beyond Theology (University of Notre Dame), edited by Daniel G. Groody and Gustavo Gutiérrez.

F. Clark Power is a professor of liberal studies at the University of Notre Dame and the director of Play Like A Champion Today, an ethical education in sports program (www.playlikeachampion.nd.edu).

Stephen M. Fallon is a professor in the Program of Liberal Studies at the University of Notre Dame.