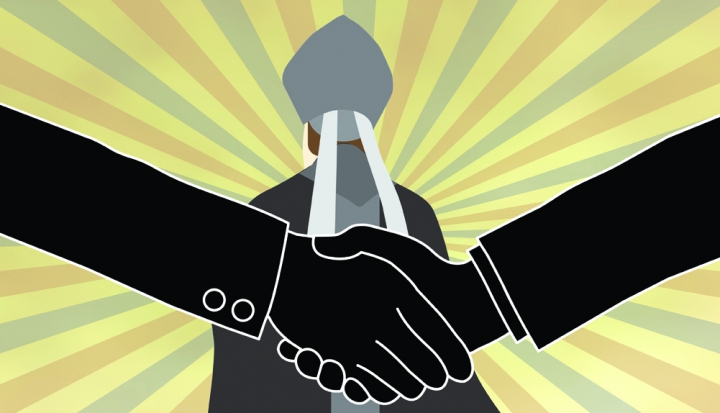 Why has the church gone silent in the face of recent attacks on organized labor?

Indiana’s bishops recently issued a letter deploring the continuing poverty in the state—a letter that could easily describe conditions in many other states around the country. To their credit, the bishops urged several measures toward mitigating the struggles of Indiana’s poor and countering poverty as a whole: more effective social service delivery and an exhortation toward a just wage and health care for all.

But remarkably absent from the document was any comment on the state of organized labor in Indiana. It is hard to see how any improvements in working conditions or wages—real antipoverty measures—are likely to be achieved without the bottom-up organizing and advocacy that has in the United States been the role played by union labor.

That absence is all the more glaring because Indiana has been a recent convert to “right-to-work” status. So-called right-to-work laws prohibit agreements between employers and unions which, among other measures, allow unions to collect dues and prevent workers from sharing in the benefits of collective bargaining without supporting their local union. The right-to-work strategy, with legislation crafted by corporate lobbyists ALEC (the American Legislative Exchange Council), has weakened the union movement around the country.

In the past, the U.S. bishops have been strong supporters of unions and government interventions to alleviate poverty-related crises. Catholic leaders, for example, had a powerful influence in crafting the New Deal legislation, which put an end to the worst suffering of the Great Depression. Such support is arguably needed even more today.

But when it comes to contemporary attacks on unions and collective bargaining—two underpinnings of a sustainable, working middle class—the church has turned fractious or silent. Recent right-to-work campaigns were successful in Michigan and Wisconsin while Catholic episcopal bodies in those states remained silent or issued bland or conflicting statements—a stark turnaround from the clear denunciation of such efforts by the U.S. bishops in their 1986 pastoral letter on the economy.

It is not just that bishops have lost their enthusiasm for organized labor; many have come to accept the argument for the “justice” of right-to-work laws. It is a reflection of a depressing backpedaling on labor by the church that has led to incoherent or vague exhortations against poverty while one of the nation’s strongest antipoverty agents, organized labor, continues its terminal decline.

And while preaching a good game on the rights of workers, the church as an employer has at times proved hostile to union efforts. The embarrassing deployment of “Catholic identity” to recently stiff-arm organizing by adjunct professors at Catholic colleges is only one example.

Union labor has become so debilitated that it now represents just 6 percent of the private industry workforce. It’s hard to understand why powerful capitalists and their political hirelings even bother to beat unions down further with right-to-work laws. Perhaps the goal is not just to rid the U.S. economy of collective bargaining today but for generations to come. Indeed it will take decades—if it can be done at all—for labor to regain the strength it enjoyed 60 years ago, when more than 30 percent of the private workforce was unionized and America’s middle-class horizons seemed endless.

If the church has broken with union labor, then it will have to do more than issue occasional notes of regret about the plight of the poor. Absent the strong advocacy of union representation, corporate managers, business owners, and industrialists will have little to hold them back in setting conditions of employment and compensation but federal law and their own consciences. If the church is content to stand idly by while organized labor steps out of U.S. social history, then the church and other civic actors will have to step in and more vigorously assert that advocacy role.