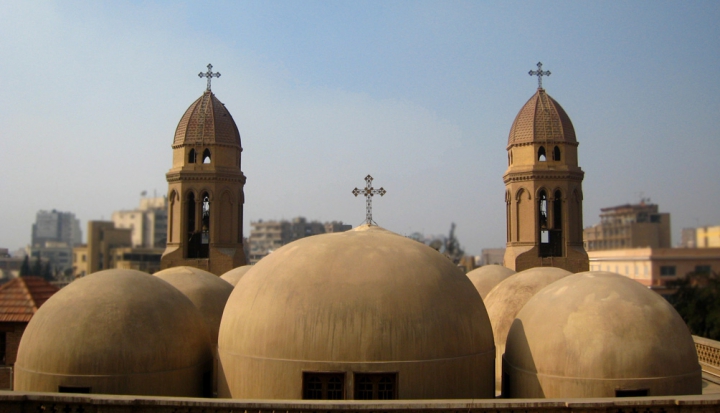 The ISIS blitzkrieg into northern Iraq last summer and the subsequent decimation of one of the oldest Christian communities of the church—coupled with the so-called Islamic State’s recent executions of Egyptian and Ethiopian Christians—have earned Middle East Christians some attention, if not quite the respect, of the politicians, candidates, policy wonks and journalists inside the Beltway. The headlines are dramatic and betray a sense of hopelessness and powerlessness.

How can Catholics respond to this diabolical assault?

First, Catholics can pray. “We should never understate the critical power of prayer, entreating our loving God to look down upon those who suffer greatly, even to the point of martyrdom,” Msgr. John E. Kozar, president of Catholic Near East Welfare Association (or CNEWA, an initiative of the Vatican that assists the churches throughout the Middle East) told The Pittsburgh Catholic in March. Ask the Holy Spirit, he added, “to guide church leaders faced with seemingly insurmountable odds, to empower the courageous priests and sisters who remain with the poor, the oppressed, those in flight—sharing with them the face of Christ and the hope that only he can bring.”

Second, Catholics can become better informed. Msgr. Kozar suggests U.S. Catholics better inform themselves about the Middle East, and the issues and challenges impacting the lives of all peoples of good will who hail from the region.

“Sourcing information from good sources, especially our Catholic media, offers both objective news reporting and personal stories, much of which is spiritually uplifting and reinforces our determination to pray more earnestly for those suffering for their faith. Even in the unfolding of tragic human events,” he adds, “we can find truly heroic and uplifting people, whose lives are icons of living the faith.”

Catholics of the United States are blessed with a wide range of Catholic publications, such as U.S. Catholic and Catholic News Service, which cover international events important for Catholics in understanding the church and its challenges. CNEWA’s website, www.cnewa.org, hosts the One-to-One blog and One magazine, both of which are recognized annually for the scope of reporting and the quality of writing on the church in some of the hot spots of the world, especially the Middle East.

Finally, Catholics can assist their brothers and sisters with their generosity. While volunteers are always needed in the many social service institutions of the Middle East churches that serve displaced and refugee families, providing funds is perhaps the most practical and effective means of support.

U.S. Catholics are known throughout the worldwide church for their generosity—and there are safe avenues for U.S. Catholics to facilitate aid. CNEWA’s mandate, to assist the Catholic Eastern churches, has placed it at the center of the church’s efforts to assist the Christians of the Middle East. The agency has rushed aid to nourish young mothers and their babies in northern Iraq; provided school kits for displaced children in Syria; established health care programs for the displaced in Iraq, Jordan, Lebanon and Syria; and set up counseling services for those suffering post-traumatic stress disorders. All of these programs are the works of the men and women of the local church: priests, sisters and laypeople, many of whom are displaced themselves.

All is not despair in the Middle East. Despite the deluge of violence, despite the flight, Middle East Christians continue to play a significant role in keeping society afloat. Through their emergency relief responses, social service initiatives, schools and hospitals, Middle East Christians even now are restoring self-respect and trust. They bring joy to persons robbed of these basic human values by the destructive ideologies plaguing the region.

But as the bureaucrats, the technocrats and the middle classes, Middle East Christians are like the canaries in the coal mine. As Christians flee the extremist forces rapidly taking hold in the Middle East, moderates from other communities follow, leaving behind those who cannot leave, and those who stand to gain by fanning the flames of hate. All people of goodwill in the Middle East need the prayers, attention, and support of U.S. Catholics.

Michael La Civita, K.C.H.S., is communications director for CNEWA and oversees the publication of its award-winning magazine, One, and the "One-to-One" blog.