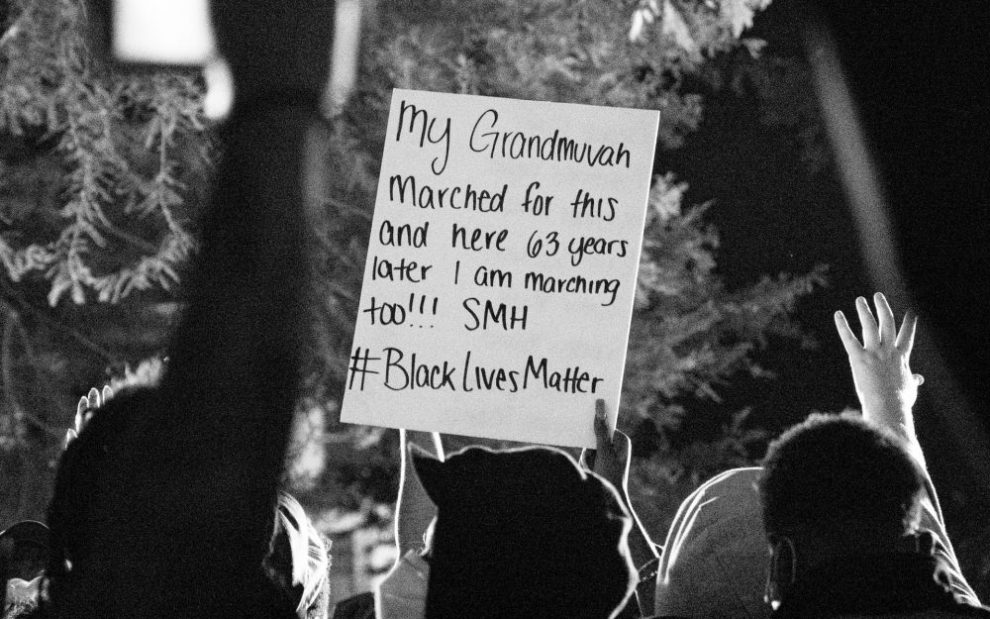 This past summer, Tom Cotton, a renowned Republican senator from Arkansas, fought against the proposal to give Black Americans reparations and work toward healing from the enslavement of their forefathers. He then went even further, introducing a bill on the Senate floor to stop the 1619 Project from being taught in public schools.

The 1619 Project, as I mentioned in my article last week, is a multimedia project by prize-winning journalist Nikole Hannah-Jones that gives Black Americans the opportunity to see their faces reflected in the mirror of American history and teaches all of us how to avoid the mistakes of the past.

The 1619 Project recounts the first slave trade in Jamestown Colony, Virginia, and sheds new light on how the impact of slavery still resonates with Black Americans. Many believe this updated view of history should be taught in U.S. schools. However, Cotton argued that the project was anti-American, as slavery was a “necessary evil.”

The 1619 Project reveals not only our sordid past, but also our shameful present, in which segregation, poverty, and racial injustice still persist. Cotton’s declaration was an insult to every living Black American: It forced them to relive the torture of their ancestors. America’s system of capitalism took root in 1619 with the blood of slaves who toiled for little or no wages while plantation owners became rich from cotton, sugar cane, and tobacco harvests.

Surely, some of Sen. Cotton’s constituents hoped he would digest this project and decide to contribute to the process of healing and reconciliation of our nation. Perhaps this is what writer James Baldwin warned against when he said, “It is certain, in any case, that Ignorance, allied with power, is the most ferocious enemy justice can have.”

Last week, I argued that as Catholic Christians we have a moral obligation to embrace this important project. We must confront the truth that is being presented and learn from our past as we engage in a Third Reconstruction geared towards healing, reconciliation, and forgiveness.

We must confront the truth that is being presented and learn from our past as we engage in a Third Reconstruction geared towards healing, reconciliation, and forgiveness.

This week, I go into more detail about the 1619 Project’s lessons for all of us in the 21st century as we come to terms with this past year’s global pandemic and calls for racial justice.

Calls for a Third Reconstruction

Today, America is navigating toward what some scholars have termed a Third Reconstruction. To understand where we are headed, we must first consider past efforts at Reconstruction.

The First Reconstruction began with a war. While the North won the Civil War (1861–1865), it did not bring about the interracial democracy that many hoped for. Southern segregationists continued to enforce racial disparities through Confederate monuments, Jim Crow laws, and the destruction of Black towns and livelihoods. Many held on to the ideal of a white supremacy and created their own story of America’s history rooted in spiteful racist myths.

The United States did attempt to give former slaves some retribution. The First Reconstruction period began immediately after the war ended and lasted until 1877. During this time, Black Americans were finally granted equal status as full citizens: For a short time, people of color were granted land and a voice in politics. In the 1870s, however, support for Reconstruction decreased. Southern white Americans targeted Black-owned businesses and tried their best to interfere with Black voting and political engagement. As W.E.B Dubois said, “The slave went free; stood a brief moment in the sun; the moved back again toward slavery.”

The Second Reconstruction period coincides with the civil rights era of the 1950s and ’60s. This hopeful period saw many landmark legislative victories, such as Brown v. Board of Education (1954), the Civil Rights Act (1964), the Voting Rights Act (1965), and the Fair Housing Act (1968). Nevertheless, the movement lost its momentum in the late 1960s.

Today, many Confederate flags still wave and statues still stand in the South. Police still profile Blacks in the North. Federal agents still bring teargas to peaceful protests in the West. Change is sorely needed. American’s Reconstruction is never over.

Change is sorely needed. American’s Reconstruction is never over.

With the election of America’s first Black president and his promises of “Yes, we can,” people felt like America was moving forward when it came to racial equity. President Barack Obama’s successful two terms in the White House, a building built by Black slaves, can be viewed as progress. Under President Obama, America saw the birth of the Black Lives Matter movement, which shed light on the tens of millions of Black families who have been forced to cohabit with systemic oppression.

However, while such affirmation could be seen as transformative for the progress of race relations, the optimism and progress were short-lived. The shockwaves that resonated after Donald J. Trump’s election in 2016, with his “Make America great again” campaign, caused many Americans to doubt the promise of racial equality. Trump’s term in office exposed the death and breath of racial bitterness, fear, and the animosity of many America’s sons and daughters.

However, there is still hope. Rev. Dr. William J. Barber II coined the term the Third Reconstruction in his book The Third Reconstruction: How a Moral Movement Is Overcoming the Politics of Division and Fear (Beacon Press). In the book, Barber describes how in the summer of 2013 he began leading protests across North Carolina to protest voting restrictions. Over time, these protests came to be known as “Moral Mondays” and spread to states across the country. He argues that this movement, which brought together people of varying political beliefs and social locations, is evidence of a new Third Reconstruction era.

Repenting of the sin of racism

In 2021, 400 years after slavery began on our shores, racism is still rampant in America, and one half of the population cannot truly see or understand the other. Even today, students in the South often hear that the “War of Northern Aggression” took place over “state’s rights,” not racial slavery.

This jibes with Cotton’s view that slavery was a “necessary” tool for capitalism, a comment that continues to retraumatize Black people. Cotton represents those who would like to sugarcoat the past and ignore the reality that those Civil War’s battles are still being waged in the Black community. He and too many other Americans insist on minimizing the negative consequences of racial slavery.

The 1619 Project disproves this narrative. Slavery has always been sin and will forever remain an incomprehensible moral and racial sin.

For a Catholic to believe that slavery of any kind is necessary is to place Christ on the cross once again.

Even though some of America’s founding fathers, presidents, and abolitionists grappled with this heinous practice, it took too long for their voices to effect change. Nevertheless, the fact that slavery persisted for hundreds of years despite some opposition is not license for a sitting U.S. senator to excuse or even glorify it.

While millions of American sons and daughters are still begging for justice, equity, and equality through peaceful protests, marches, and advocacy, many Catholics are not yet convinced that this is a Catholic social justice Issue. The Third Reconstruction of America seems to be merely an annoyance for some of us. Nevertheless, we have an opportunity to stand up as moral Christians, to fight for social justice, and to bravely call this evil by its name: racism.

Cotton’s declarations that slavery is a necessary legacy represents the sin of capable ignorancy. For a Catholic to believe that slavery of any kind is necessary is to place Christ on the cross once again.

In this Black History month, Americans, you have a choice: either remain silent and show tacit agreement with Cotton or speak up and confront the ugly truth of America’s past.

As the First Letter of John says, “Let us love, not in words or speech, but in truth and action” (3:18). As Catholics, we can either join the crowd shouting, “Crucify him, crucify him,” or we can take a stand against the wrongful treatment of Black Americans.

The 1619 Project offers us another opportunity to refresh our memory in our duty to the gospel. We can choose to rationalize slavery as a necessary, yet incomprehensible, sin, or we can acknowledge that the plague of racial injustice must be eradicated in our lifetime.

This essay is part four of a four part series of essays for Black History Month written by Patrick Saint-Jean, S.J. Click the links below to read parts one, two, and three.

Part Three: This Black History Month, use the 1619 Project in religious education