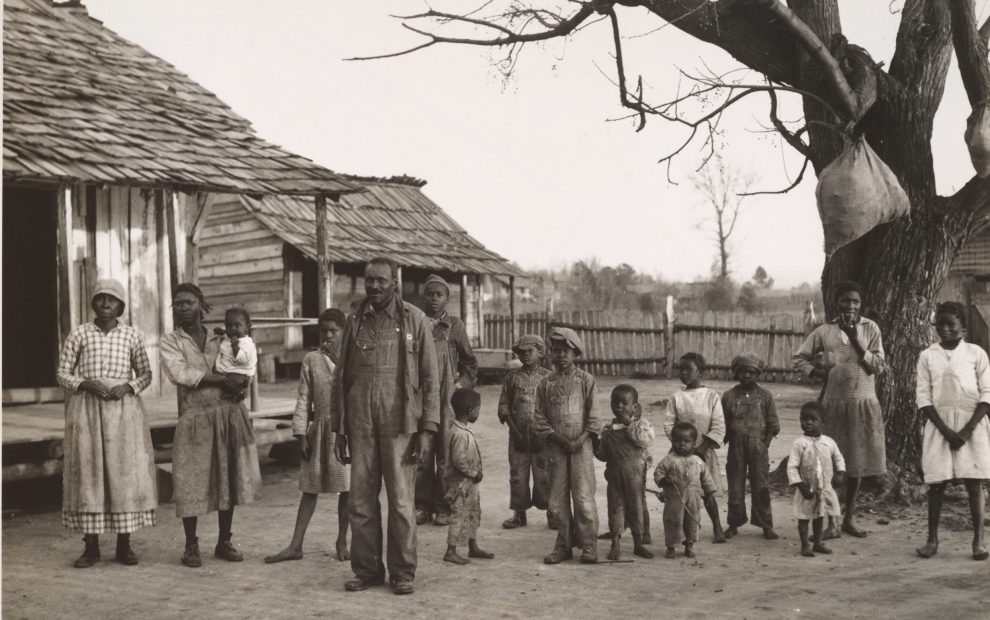 This Black History Month, it is time to shine a spotlight on the Black experience in America. On top of COVID-19 and the racial disparities in economics, health care, and resources it uncovered, 2020 included protests catalyzed by the brutal murders of Breonna Taylor, George Floyd, and too many others.

Historians talk about two Reconstruction eras. The first occurred in the period immediately after the Civil War, when attempts were made to address the inequalities of slavery. The second, meanwhile, happened from the end of World War II until the late 1960s. During the time of the civil rights movement, the nation began to pass legislation to correct inequities that had been part of American society for centuries. In 2021, we have an opportunity to embrace and move forward into a third Reconstruction period.

In August 2019, the New York Times Magazine published the 1619 Project, an ongoing initiative that aims to reframe our discussion of U.S. history by placing slavery and Black Americans at the center. By using the 1619 Project and incorporating it into religious education, Catholics can take purposeful action against racism.

The 1619 Project speaks to “the beginning of American slavery” and was first published as a nod to the 400th anniversary of the beginning of the mass transport of enslaved Africans to British colonies. The 1619 Project reminds us of the brutal history of racial slavery and crippling, unjust Jim Crow laws and serves as an important vehicle for addressing anti-racism in schools, churches, and elsewhere.

The 1619 Project was established not as a reactive response against racism, but as an invitation to join a pro-active initiative. As Catholics, we can join its call for reinterpreting history with meditation and prayer.

In 2021, we have an opportunity to embrace and move forward into a third Reconstruction period.

The project not only details the injustices that Black people continue to suffer, but also helps us understand and live with hope as a community and as believers. For Christians, this can be a living experience of Christ’s passion, a moral obligation to the gospel, and a renewed commitment to social justice.

First, part of Christian formation is the proactive engagement with history. For example, it is tempting to remember 2020 as a time focused on the fear of COVID-19, police brutality against Black Americans, and the disruption of peaceful protests. We will remember mothers dressed in white, begging for peace and justice while suffocating from tear gas. We will remember the face masks worn as protection from COVID-19. We will never forget George Floyd wailing, “I can’t breathe.” 2020 was a time when God’s greatest gift, oxygen, was at risk. One can easily say that 2020 was a matter of breath and death.

And yet 2020 projected hope with the reaffirmation of “yes, we can.” Young people saw a better future and were willing to peacefully fight for it. Mothers took action. Police forces saw the need for new training. The political arena underwent a much-needed transformation. These positive changes allowed many Black people to live with a certain degree of safety, despite ongoing racism and danger.

The 1619 Project was established not as a reactive response against racism, but as an invitation to join a pro-active initiative.

Thus, Catholic Christians must pray for air and God’s light, for memory and peace, for healing and reconciliation. They must recognize the complicated history of our nation look forward with hope. To this end, the 1619 Project and the history it teaches could even be taught in Rite of Christian Initiation of Adults (RCIA).

Second, we now have an opportunity to renew our efforts to construct an America that makes us proud. Catholics are called to political engagement and to work to make their nation a better place. As Pope Francis has said, “Good Catholics immerse themselves in politics by offering the best of themselves so that the leader can govern.”

The Battle for America’s identity is real in 2021: America is grappling to forge a new identity. This is the type of quest Dr. Martin Luther King, Jr. referred to as formatting the beloved community, a new land free from racial injustice. This is a time of kairos:It is time to make a decisive action to combat racism, however it shows up.

Thus, Catholic Christians must pray for air and God’s light, for memory and peace, for healing and reconciliation.

In 2021, we must digest the harm revealed in the 1619 Project and learn from it to ensure that history does not repeat itself again. We must view the protests of 2020 with a positive eye, knowing that many Americans understand and are willing to demonstrate that Dr. King and President Barack Obama were right: We can change. We must take positive lessons from COVID-19, valuing the health and breath that God promises us. As Catholics, we must reaffirm the duties outlined in the gospel: to pray for healing, memory, and reconciliation as “one nation under God.”

This essay is part three of a four part series of essays for Black History Month written by Patrick Saint-Jean, S.J. Click the links below to read parts one, two, and four.

Part Three: This Black History Month, use the 1619 Project in religious education