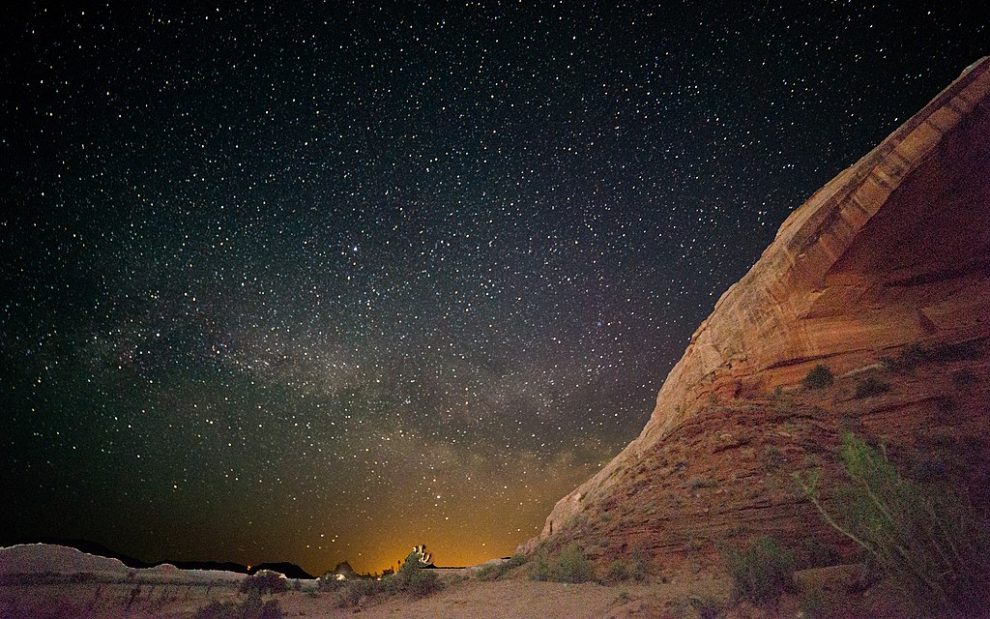 Many people say that the stars proclaim the glory of God. They do, as the brushstrokes of a masterpiece reveal the vision of a great artist. But, as with many other aspects of our spiritual vision, we are selling our ancestral traditions short if we don’t delve deeper into what exactly that means.

Navajo star knowledge helps uncover hidden Catholic wisdom: We are not only made of stardust, but we are also related to the stars. At the center of the night sky is the North Star, one of our most important relatives: Maris Stella, Mary Star of the Sea.

The Navajo people say that the stars were placed in order to teach us. First Man and First Woman carefully laid out on a blanket the precious jewels that would become the stars. They slowly placed the jewels in the sky in an ordered way to reflect the teachings that cultivate Hózhó, harmony.

Ma’ii, the Coyote Trickster, wanted to help. But after placing some stars, Coyote got impatient with the work. He seized the blanket and flung all of the jewels into the sky. The chaotic placement led to the haphazard star patterns of much of the night sky and also caused disorder in the world.

But many constellations were placed before Coyote’s impulsive act. For the Navajo, these constellations are not patterns that humans discover. They are the So’ Dine’é, the Star People, who aid humanity with practical teachings and spiritual power.

Dilyéhé, or the Pleiades in Western astronomy, disappears when it is time to plant, something common to many cultures across the globe. Ii’ni, the Thunderbird, is a long constellation that takes months to fully appear. When it does in February, it is the time of the first thunder and the end of storytelling until the next winter.

The stars are not just balls of gas lightyears away, but also creations of God with which humans are in relation.

At the center of the sky are the most important stars. Náhookos Bika, the Male Revolving One, is what Western astronomy calls the Big Dipper. What Western astronomy calls Cassiopeia is known by the Navajo as Náhookos Bi’áad. Together, these two constellations are the image of the ideal family and keep time at night ceremonies as they circle the North Star, the sacred fire known as Nahookos Biko’.

From these constellations, Catholics can learn a new perspective: The stars are not just balls of gas lightyears away, but also creations of God with which humans are in relation. They teach and help us. Songs are sung to the So’ Dine’é that encode knowledge and maintain a relationship with them. (R. Carlos Nakai of Canyon Records offers a contemporary interpretation of one of these songs.) Seen as a whole, this is “star knowledge,” a unitive way of knowing that weaves practical knowledge, spiritual teachings, and sacred songs into a single practice.

As Catholics, one of our closest relatives is our Blessed Mother. One of the many names that the early church gave her was Maris Stella, Star of the Sea. This seems to have begun as a series of small differences in the Latin translation of the Hebrew name Miryam from stila maris, “drop of the sea” to stella maris, “star of the sea.”

This change was not a “mistake” but a further revelation of the character of our Blessed Mother. Those who braved the open ocean seized on this title of Mary, as the stars are essential navigational tools. Because the North Star never moves, Maris Stella shows what direction you are going, which is crucial in the open ocean, a place without fixed landmarks.

Maris Stella became a patron of seafarers. Churches in port cities were dedicated to her and became places where sailors and their families offered special prayers, devotions, and liturgies for safe journeys. This continues today through the organization Stella Maris (formerly Apostleship of the Sea), which ministers to and advocates for maritime workers in port cities across the globe.

Like the Navajo, seafarers had a sacred song to sing to the star. “Ave Maris Stella” is one of the oldest Gregorian chants, dating back to at least the late 8th century. Tradition dates it as far back as St. Ambrose. It became an important aspect of maritime spirituality. Much like protection songs in Indigenous cultures, Spanish sailors sang this song at a sunset ceremony for protection at night.

Because the North Star never moves, Maris Stella shows what direction you are going, which is crucial in the open ocean, a place without fixed landmarks.

Put yourself in the shoes of a seafarer, and another level of meaning emerges. Imagine being battered by storm for a number of days, uncertain if you would survive. Dark clouds cover all the heavenly bodies, including the sun. The terror of imminent death transforms the song into a visceral prayer for earthly life.

The song implores the star Maris Stella to “show thyself to be a mother” and “send forth light.” When you sing “Our evil do thou dispel” you are talking about the storm and “Entreat (for us) all good things” you are begging for immediate survival, to return home to loved ones:

And then imagine the clouds parting and the stars appearing. You will survive and can now find your way. You feel the holistic way of knowing what the Navajo teach: Stars are not tiny specks floating in infinite space but mothering light created by God that you address with a prayer, knitting action and contemplation into a single act.

Looking back at tradition with the eyes of a seafarer, the relative-like character of the stars has always been there. Church fathers thought that angels moved the stars, not sterile scientific laws. The Christmas star guided the magi to Christ. Read in light of the Old Testament, the “heavenly hosts” that proclaimed Christ’s birth to the shepherds in the night skies sound like So’ Dine’é as stars offer praise and blessing to the Lord and sang at the creation of the world (Ps. 148:3, Dan. 3:63, Job 38:7). Inanimate objects do not praise or sing.

Put yourself in the mindset of our ancestors far from home—whether Navajo hunters or European sailors—looking to the North Star and seeking guidance and protection on their journeys.

Even those of us separated from the sea and the wisdom of those who brave it know that stars are closely connected to our Lady. In the Book of Revelation, she is given a crown of stars (Rev. 12). A cloak of stars drapes Our Lady of Guadalupe, signaling in the Aztec Way that a new spiritual age dawned with her appearance.

Learn to sing “Ave Maris Stella” and go outside at night. Put yourself in the mindset of our ancestors far from home—whether Navajo hunters or European sailors—looking to the North Star and seeking guidance and protection on their journeys. Sing the song and ask, “Could our Lady exercise maternal care through the North Star in a real way?”

I’d like to think that our spiritual ancestors who risked their lives at sea were on to something. That she who saw a star guide the nations to her son is also the night sky’s doorway to heaven.

To learn more about and support the maritime ministry of Stella Maris, visit stellamaris.org.uk.

Dr. Damian Costello is the author of Black Elk: Colonialism and Lakota Catholicism. He is a faculty member at NAIITS (formerly North American Institute for Indigenous Theological Studies) and the American Co-Chair of the Indigenous Catholic Research Fellowship (ICRF). 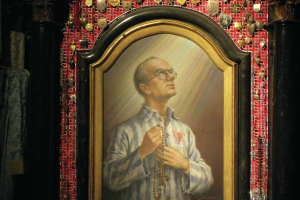 Personal devotions can guide us to God 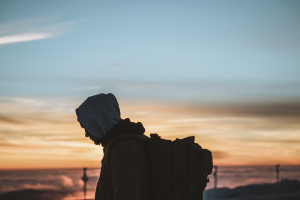 Blessed are those without a home. 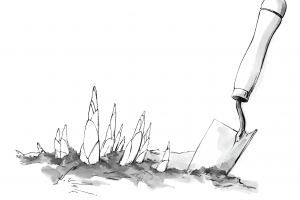 Feeling uncertain? Take a trip to the garden.