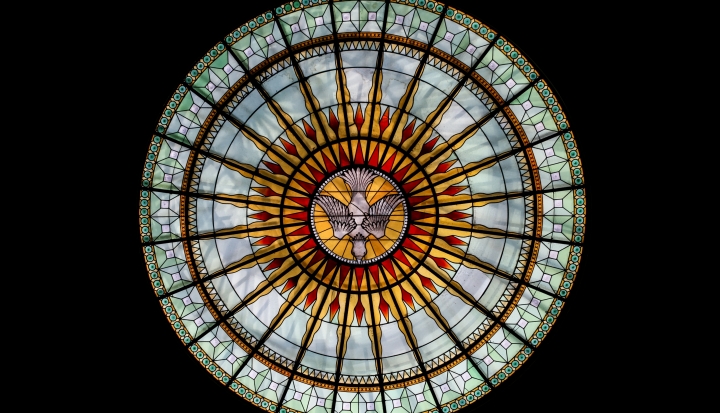 I was a student at Yale Divinity School when Pope John Paul II died. He was the only pope of my lifetime, and while he was said to be loved by youth, I struggled with his papacy. His writings on the nature of women challenged the way I understood myself as a person. As I immersed myself in theology, I wrestled painfully with some of the teachings that the Vatican proclaimed under his leadership. I was still boiling inside about the clergy sex abuse scandal.

Yet when I heard of his death, I wept. I holed myself up in my apartment with two Catholic friends and watched CNN for days straight. We watched in silence, shed quiet tears, and browsed through pictures of him on our laptops.

I remembered studying abroad as a 19-year-old and seeing him riding through the crowd in St. Peter’s Square. I remembered him feebly standing before the throngs of people and offering greetings in language upon language so all could understand. I remembered feeling part of something greater than myself and being moved to tears.

As I looked upon the same square at St. Peter’s five years later, this time on the television, I wasn’t thinking about theology. I felt as though my grandfather had died. My household, dysfunctional as it sometimes felt, was grieving.

My Presbyterian roommate didn’t quite understand it. I think she tired a bit of our morose countenances and kindly stifled the urge to change the TV station. She’d been an unwitting audience to my enthusiastic rants as I tried out my newly minted theological arguments. She knew of the pain I felt for my suffering church and my frustrations with some of its teachings, so I think she was a bit baffled by the weepy trio on the couch. Explaining what frustrated me about the church was much easier than conveying my deep, impassioned love of being Catholic.

Many friends from the Catholic schools of my youth have moved on from the Catholic Church, finding meaning in political viewpoints, relationships, and volunteer service. They don’t credit a big falling-out with Catholicism for their absence. Instead, it seems like a creeping sense of irrelevance slowly clogged the pipe to that living water. The church seemed out of touch and offered so little, so why keep showing up on Sundays? Why would being Catholic matter?

Being Catholic does matter. It matters tremendously. Being Catholic matters because in a world of smoke and mirrors, of mirage and fraud, being Catholic means something genuine. In a world that encourages us to be the star of our own reality show, being Catholic urges us to take a supporting role in a much grander narrative, a much more vibrant drama.

Being Catholic means having our own manual for wellness. It means that in a world of exercise and training regimens and self-help seminars, we have the formation St. Ignatius of Loyola offers in the Spiritual Exercises. We have a discipline that goes beyond biceps and feel-good phrases and really forms the spirit, reorients us in the world, and puts life in glorious perspective. It’s lasted thousands of years, far longer than any get-rich-quick scheme. It means that we can be formed and transformed into something better.

Being Catholic means that lots of strangers care about my coming marriage. They believe that my financé’s and my earnest human love points to something divine. In fact, these strangers care so much that we are required to fill out a page of questions in the FOCCUS inventory, such as “Do my future spouse and I agree on the relationship between sex and intimacy?” and “Does my future spouse tend to be stubborn and/or inflexible?” These strangers encourage us to identify the topics we haven’t explored so we can better prepare ourselves for this commitment. It means that in a world where marriages dissolve all the time, we have strangers rooting for us and telling us that our love for one another is a gift from God.

Being Catholic means being connected. It means that the news of the death of Haiti’s archbishop in the January earthquake stings in a particularly painful way. It means that the pope, my mom, the conscientious objector in jail, the person who offers the rosary outside of Planned Parenthood, and I are all praying the same prayers and hearing the same readings on Sunday. It means that not only is the church broad enough to contain us all, but it bonds us together just as the body is knit with sinew and skin.

It means that the Our Father that was prayed at my baptism uses the same words that will bring me comfort when death’s shadow enters my life. It means that the ancient book I wrestle with and find comfort in will be read by my children in their CCD classes. It means that the words a woman named Julian put to paper in the 14th century are like music to my modern ears.

Being Catholic means having something to offer those who suffer. It means that sadness and pain are not the only part of loss because God suffered a death on the cross and triumphed with life.

It means that grieving the loss of a loved one or nursing a broken heart can still point to new life on the horizon. It means having a source of solace, a deeper refuge when our earthly tents can’t weather the storms. It means that we all take the side of the one who suffers, based not on grounds of political platforms but on human dignity.

Being Catholic means always having a home. The “Catholics Come Home” campaign reminds people of this. It means that a young woman facing sudden tragic uncertainty in her life can creep back into the rear pew and find comfort in the words she hasn’t recited in a decade.

Furthermore, this home is not a rental. The church actually belongs to us. We are not bystanders or passive recipients of grace being doled out. We make church happen. The hierarchy is the custodian of a recession-proof investment shared by all of us.

Being Catholic doesn’t just matter to me; it matters to the world, too. When our St. Vincent de Paul members go out two by two and offer money to a single mother who is on the verge of eviction, being Catholic matters.

In countries where political leaders exploit their people, God’s message of freedom for the slave matters. In places where consumerism breeds greed, the Christian message of the true worth of the human person matters. Being Catholic means being the herald of a message of Good News—the best news. And that matters for the world.

Being Catholic means understanding the skeptics, every word they levy against religion, yet having an interior knowledge and trust that there is something still truer and deeper that dwarfs the fumbles and failings of this ragtag band of followers.

It means believing that despite all the ways we fail, our truest desire is to serve God with fullness, enthusiasm, and fidelity.

(Editors' note: In 1979 we ran an essay of the same title by James Breig and asked readers similar questions. The related 1979 questions and responses appear in the brackets.)

Representative of “other”:
“It would depend on the events and experiences and God’s grace in my life. I feel blessed to have been born into this faith.”