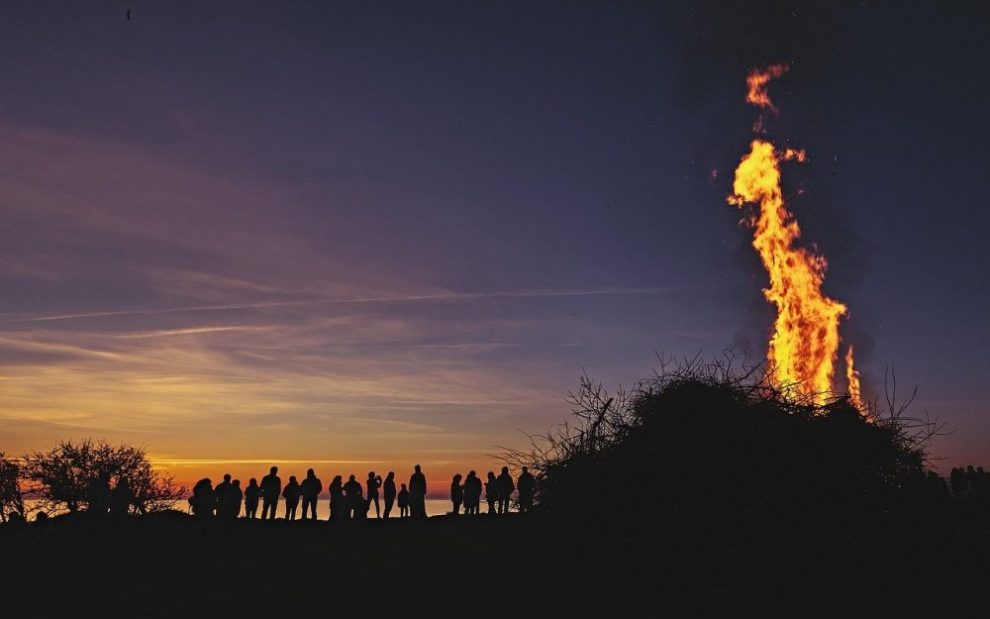 It was Easter in about 450 C.E. Paschal fires dotted the Irish landscape, joining those of Beltine, the sacred festival that opened the pastures. Near the coast, a group of catechumens said their baptismal oaths and the bishop we know now as St. Patrick welcomed them into the church.

Then, the apocalypse. British slave raiders led by a warlord named Coroticus burst onto the scene. Like the Vikings of the Middle Ages, they timed their attack on a holy day, when the community would be gathered together for easy pickings. Many were killed, the rest were hauled off to Britain and enslaved. Patrick recalls chrism was still fragrant on their heads.

Slave raiding had been happening since the birth of agriculture and the growth of stratified societies that depend on mindless labor to support an elite class. This Easter attack would not even deserve a footnote in the annals of injustice if not for two key factors: These warriors were Christians and Patrick was a bishop who had been a slave.

Patrick immediately wrote a letter and sent emissaries to Coroticus. The letter does not survive, only a record of Coroticus’ laughter. So Patrick wrote again, conjuring the full power of language to counter the might of arms. Knowingly or not, he channeled the spiritual authority of the filid, or poets. In Ireland, only the filid could cross tribal boundaries and the power of their words was lethal. Their dreaded áer, the poet’s curse, not only destroyed one’s reputation but could even sicken and kill.

With the full fury of a mother defending her children Patrick cast his áer in his second letter, Letter to the Soldiers of Coroticus: “Blood, blood, blood! Your hands drip with the blood of the innocent Christians you have murdered.” He outlines a number of scriptural reasons why the attack was sinful but stops because “it would take far too long to list and discuss every instance in scripture explaining why such horrible actions are wrong.” Even the scriptural reasons listed don’t reach the full scope of Coroticus’ heinous act: “If all this is true, imagine how much worse it is to bathe in the blood of God’s own children.”

Patrick invokes the power of excommunication, the expulsion of Coroticus and his followers from the Christian tribe, until they make restitution and “beg and cry to God to forgive them.” If they do not, they will die enemies of Christ and remain slaves of the devil, “captives with him forever in hell.”

This Easter attack would not even deserve a footnote in the annals of injustice if not for two key factors: These warriors were Christians and Patrick was a bishop who had been a slave.

Those who mourn the loss of pre-Christian Ireland must also recognize how utterly impossible Patrick’s uprising would have been in it. In the pre-Christian world, the gods were amoral, a source of power for their followers but unconcerned about right and wrong. There was no such thing as abstract justice.

Jesus’ resurrection reordered the Irish understanding of the Spirit World. At the center was now a crucified God whose power shown through weakness. This God scrambled the social order and not only prioritized the weak but made them the subjects of love, allowing Patrick to say in his letter, “God, I know these horrible actions break your heart.” The fires of Beltine could not singe the powerful; only the paschal fire can do that.

Was Patrick’s áer a complete systematic deconstruction of slavery as a concept? No. But it challenged the deeply ingrained idea of sub- and extra-human status in the minds of European societies and all stratified societies across the globe.

In the noble society of Patrick’s birth within the Roman Empire, the well-born considered themselves demigods. Equality with even the free lower classes was simply inconceivable. Centuries later, European nobles still clung to the idea that they were ordained by nature to rule the inferior classes, and they performed theological Twister to justify this in the face of Christian ideas to the contrary.

Patrick’s abduction at age 16 and slavery in Ireland blew apart the noble ethos he inherited. “I sold my nobility. I am not ashamed of it,” he exalts to Coroticus, “. . . now I am a slave of Christ to a foreign people.”

Patrick reports in his Confession how others were mystified by his deep identification with his own slavery, other slaves, and “barbarians:” “I know they’ve talked to one another behind my back and said: ‘Why does this man want to work among these barbarians who don’t even know God?’” In response, Patrick doesn’t just defend the Irish; he declares that he too is a “barbarian:” “If I have ever done anything worthwhile for the God I love, I ask that I might be allowed to die here for his name with these converts and slaves.”

The gospel . . . was the leverage point for Patrick to begin the long Christian re-assessment of slavery and universalize the áer in a way the filid could not.

Patrick’s new identity and family relationships were not some sort of extraneous add-on to Patrick’s faith but flowed directly out of his baptism and evangelical call. The gospel, which he calls “the truth of Christ,” was the leverage point for Patrick to begin the long Christian reassessment of slavery and universalize the áer in a way the filid could not.

It also allowed him to love his family. “With tears and sorrow I will mourn for you, my beautiful, beloved family and children,” Patrick writes, but “I can see you now starting on your journey to that place where there is no more sorrow or death. There you will rejoice and jump with joy just like calves released from their ropes. And you will trample down the wicked, for they will be ashes under your feet.”

There is no record of what happened next. Coroticus may have just laughed again or may have repented. It’s possible that the accusations Patrick defended himself from in his Confession stemmed from Coroticus’ allies. What’s important is how close Patrick’s theology is to a broad family of anti-slavery and anti-colonial prophets, everyone from Bartolomé de Las Casas to Martin Luther King Jr. to the Ghost Dance and the Rastafari. Their key is the same as the key to Patrick’s slave uprising as detailed in his Letter to the Soldiers of Coroticus: the destination of humanity and all the cosmos through Christ. The captives and the slaves “will rule,” Patrick proclaims, and the proud will “vanish soon, like smoke or clouds.” In reality, the just—not the powerful—are at the top of the social order and “will judge the whole world and forever rule over wicked kings.”

Patrick inherited a world that saw slavery as a given and his understanding of “the truth of Christ” encouraged him to begin tearing it down. It was the culmination of a long spiritual journey. Through captivity, Patrick unlearned his nobility and religious malaise and embraced an indigenous Irish faith whose power flowed through all facets of creation. In this final act, the crown jewel of his ministry and one of the most underappreciated incidents in church history, Patrick’s cry for justice unleashed a global slave uprising, the first sparks in a fire that is still consuming the world.

This is Part III of an essay series on St. Patrick by Damian Costello. Read Part I, There’s more to St. Patrick than shamrocks and beer, and Part II, How St. Patrick changed Ireland—and the church