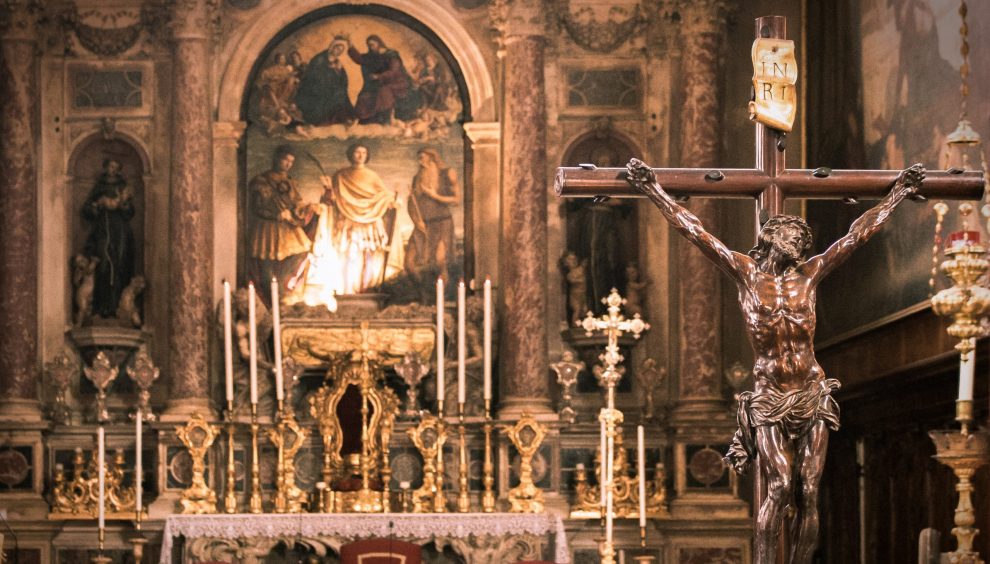 Corresponding essay: For this Catholic, real presence is the heart of Catholicism

In 1979 U.S. Catholic ran an essay titled “It makes a difference whether you’re Catholic” and asked readers to tell us what being Catholic means to them. In 2010 we asked readers to chime in once more with their opinions about Catholic faith and identity. Ten years on, we’ve asked the question again: What does it mean to be Catholic?

In today’s world of shrinking congregations, multiple clergy sex abuse scandals, and a growing population of young people who identify as having no religion, does it still make a difference whether you’re Catholic?

Among those who converted is Shemaiah Gonzalez of Seattle, who wrote the essay “For this Catholic, real presence is the heart of Catholicism.” Raised a Protestant, Gonzalez says that what held her back from converting initially became the very thing that keeps her Catholic now: real presence. “Everything about being Catholic is centered on this one moment,” she writes. “The moment of real presence in the Eucharist.”

The majority of survey respondents agree with Gonzalez, as 82 percent chose “participating in the sacraments” when asked what it means to be a good Catholic. And yet with 78 percent of respondents choosing “going to Mass regularly” and 76 percent choosing “advocating for peace and social justice,” plus many respondents writing in dozens of other answers, it’s clear there is no dogmatic consensus among U.S. Catholic’s readers.

The sacraments and the liturgy were tied as respondents’ favorite thing about being Catholic at 69 percent, with the social justice tradition coming in a close second at 64 percent.

When it came to the question of what makes being Catholic unique, while many respondents again named the sacraments—specifically, the Eucharist—a few claimed we Catholics aren’t so special after all, such as Ron Hoverstad of Stockton, California, who says, “Our core beliefs are shared to some extent by many faith traditions.”

But some offered a more appreciative and optimistic view of our Catholic faith, such as Sister Phyllis Jaszkowiak of Portland, Oregon, who says, “What makes being Catholic unique is that the church changes with the times. Not always immediately, but it does change. The church points the way to God. It is a map and not the final end.”