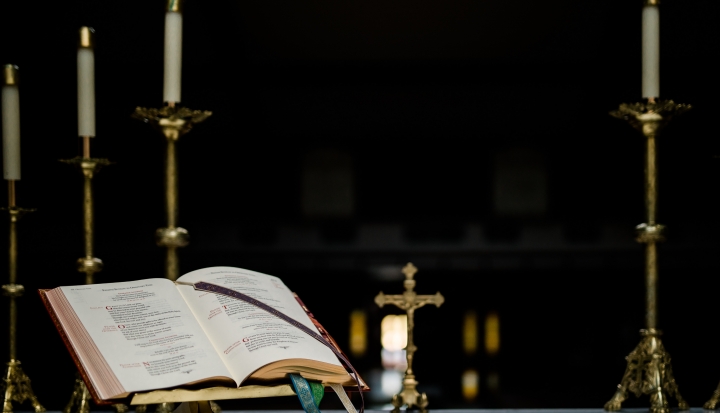 An acquaintance recently returned to the church after more than 10 years of apostasy. One motivation for coming back was the religious education of her son, who was nearing the age for First Communion. His growth had spurred her to reconsider her religious views.

Why, I asked her, had she allowed him to receive Catholic religious education in the first place? He attends a private school operated by a Protestant denomination and could have easily attended their Sunday school. Second, why did she herself feel the need to follow her son back to Catholicism? Her answer was simple: “Where was I supposed to go?” She had spent three decades as a Catholic, had gone through Catholic schools including college, and was imbued with Catholicism through her entire family. “Would I be comfortable as a Baptist?” she asked me back. “A Lutheran? A Methodist?”

Why such a feeling? Why are religious groups invariably divided into Jewish, Catholic, and Protestant—with that last collection including dozens of Christian denominations while Catholicism stands apart? Why is Protestantism considered a potpourri of sometimes barely distinguishable churches while Catholicism is distinctive? When they want to pick out a religion—whether for ridicule or dramatic accent—why do movies and television so often select Catholicism? Why are there no Methodist Going My Ways or Christian Scientist Nun’s Storys?

In short, why is it different to be Catholic? What is special about it, a specialness recognized by nonmembers as much as members, by detractors as well as admirers? What unique characteristics does the church possess that make it stand out?

For me, the answer can be found by conjuring up a metaphor. Picture a branch bank in a suburban shopping center. It is brisk and efficient, in a nearby location with handy hours. The tellers pass out lollipops to your kids, and the walls are decorated with posters by the local second-graders. Now imagine the main office of that bank: heavy oak furniture and marble columns, sober-faced tellers and whispered conversation about debentures and foreclosures.

To me, while Protestant denominations are the branch offices, Catholicism is the main bank, the place to go to for important business, the source that must be contacted to get final approval. This is not to knock the branches. They can do business, too. Modern and convenient, they have a lot to recommend them, including advantages of personal treatment and adaptability that are sometimes missing downtown But, in the final analysis, it is downtown that one must go. The vault is there, the brain trust is there, the computer is there, the important documents are there—the heart is there.

The main branch is where it began. Strip away all the ephemeral differences between Catholics and Protestants, and you pare down to the crux: Catholicism was there first. Catholicism has 15 centuries of history and tradition that other Christian denominations lack.

This is not to say that the church, in its ternporal form, is perfect or to deny that other denominations are worthy. The Second Vatican Council rightly stressed that in other religions, even non-Christian ones, can be found kernels of truth and ways to salvation. After all, the branches can offer advice and open savings accounts, too. It’s just that all services—from Christmas club applications to loans for urban renewal—can be found at the main office.

Christ is present to us through the Eucharist, not as a symbol or remembrance, but as an actual presence, available to us daily. This reality, which Chesterton confessed made him tremble every time he approached the communion rail, makes Catholicism the religion of God-in-me, not of pie-in-the-sky.

Being Catholic is different in these fundamental ways. It is different, too, in some of its trappings. It has been criticized for making little gods out of its saints, yet in them the church has a resource other religions could imitate. In the parade of models it has canonized, the church presents proof that the Christian life is possible to all. Every possible type—doubters and roues, virgins and carousers, warriors and milquetoasts—as found, in his or her faith, a means of personal fulfillment unmatched by anything the world offers.

This string of saints, reaching from fisherman Peter to Mother Seton, assures us that what is promised can be attained by ordinary people. Saints also stand as constant arguments against those who find fault with Catholicism. For every Richelieu pointed out, we have a Cure of Ars to counter with; for every Savanarola, a Francis or two; for every Marie Antoinette, a Joan—not to mention the line of literally millions of anonymous saints who have lived quiet lives and found sanctity in Catholicism.

These are some of the things that make being a Catholic different. For all its stumbling through history, despite the Renaissance popes who remain an embarrassment, the Crusades and persecutions and Galileo, forgetting the times it has failed because its members have failed, the Catholic Church has survived; its center has held. It has not petered out on a mountaintop waiting for the end of the world that didn't come; it has not been confined to one nation like a domestic sport no other country understands; it has not foundered at the death of its leaders, nor even at the death of its founder from which point it springs.

The Catholic Church has survived. In all places, at all times, no matter the circumstances and pressures and purges, it has gone on because it is different. Papists and fish eaters, genuflecters, bead counters, and the ones who “have to go to church on Sunday,” Catholics have stood apart—figuratively as well as literally. Where separation was paranoid, it has, for the most part, been eliminated, but still the central sense remains, the sense that Catholics are different.

In a world of the wishy-washy, of temporary fads and passing interests, of momentary “in” things and the “latest” being hot for only a few weeks, the Catholic Church has lasted since its start 2,000 years ago—lasted and grown and held onto its soul. It has proven that it can stick—in the world or in an individual.

This article originally appeared in the May 1979 issue of U.S. Catholic. We asked Angela Batie to update it for our 75th Anniversary issue.