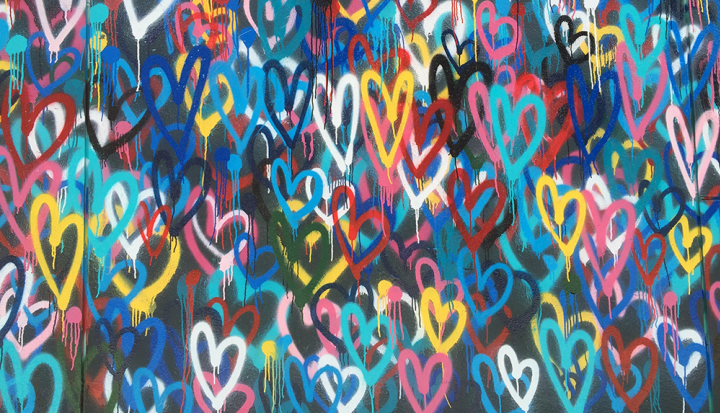 Gary Chapman’s bestselling book The 5 Love Languages (Northfield Publishing) is a frequent reference point in our family. Chapman’s premise is that when we relate to those we love, we do so using five “languages”—physical touch, words of affirmation, acts of service, quality time, and gift-giving—to show our care and commitment. Likewise, we are able to receive the love of others in these five languages.

Liam, our second child, has acts of service as his primary love language. He put it this way as he was helping me prepare for a party: “There’s something about setting up these chairs and tables that just makes me so happy. I think of everyone who is coming and how they will have a place to sit. Does everyone feel this way setting up for a party?” I looked over at his sister, Teenasia, watching TV, whose primary love language is gift-giving, and assured Liam that not everyone finds joy in the work of the last hour before guests arrive.

The challenge of family life is that everyone “speaks” a different primary love language. I may shower my children with compliments, but if I don’t recognize that Jamilet might rather have a hug (physical touch) and Jacob needs some quality time with me, we may not connect as easily. Husbands and wives who know the other’s love language are better able to negotiate the ebb and flow of marriage. I know that Bill’s primary language is quality time, and he understands mine is words of affirmation. A date that serves both of us is a dinner alone with quality conversation that includes Bill telling me how wonderful I am. Just kidding. Sort of.

But if the five love languages are important for family life, they take on an even greater significance when we look at how we are called to minister to those among us who have been hurt. A seminal study by the Centers for Disease Control and Prevention (CDC) and Kaiser Permanente indicates that adverse childhood experiences (ACEs) are often at the root of some of the most significant issues in our society. Children who have experienced trauma in the form of physical or sexual abuse, who were neglected, who have witnessed violence, who have experienced food insecurity, or whose parents abused drugs or alcohol are more likely to become adults who have lower graduation and employment rates, higher drug and alcohol abuse rates, higher rates of serious health conditions, and higher rates of depression and suicide.

The CDC notes that about 40 percent of the population has suffered two or more categories of ACEs on a 10-point questionnaire, with almost 10 percent of people experiencing four or more deeply traumatic ACEs during childhood. While the research around building resilience in children is still developing, I look at each of the categories that the CDC calls out in their ACEs study and see the corresponding love language, as defined by Chapman, that could be part of the healing process.

ACEs and trauma have been part of the human experience since Cain and Abel. We do not need to look far for those who suffer. They are our family members, neighbors, and members of our congregation. They are our colleagues and those in line at a meal program. What is new is that science can now confirm the implications of trauma that we had only intuited before. We can now quantify and give language to the dangers that come with too little love. We have long known that children who are hurt face challenges in adulthood, but now the CDC has shown us exactly what the risks will be.

The languages of loving are also not new, just now better defined. Every act of Jesus—from his healing touch to his quality time with disciples to his service in washing their feet—was a language of love. Our mission as followers is to integrate what science is demonstrating with the tasks to which we have long been called.

We are called to heal by loving. We must become fluent in all five languages.