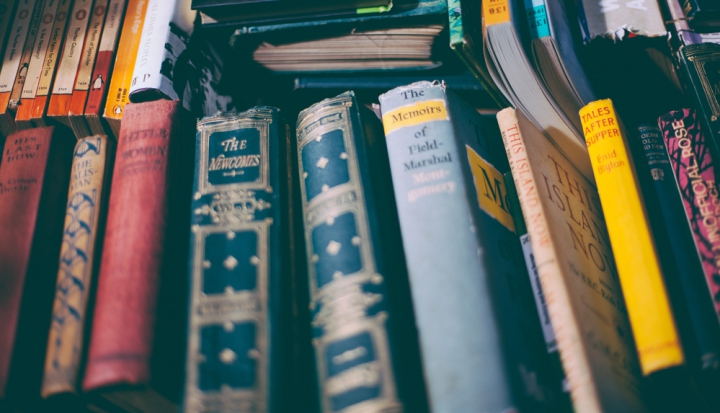 Simply put, Joellyn Cicciarelli is all in. Whether it is on a team, in a classroom, for a company, or as part of a spiritual mission, Joellyn is involved, choosing to share her energy and ideas rather than sitting on the sidelines. With a dogged dedication to quality work and strong Catholic roots, Joellyn has propelled herself through a roller-coaster life that has included moving across the country twice, switching careers, actively participating in her parish and community, and working for icons like Fred Rogers and Pope Francis. Through every professional and personal milestone, Joellyn has relied on her faith in God, in others, in her family, and in herself.

In January 2017 Joellyn’s all-in enthusiasm and deep care for her work ushered in her next adventure as president and publisher of Loyola Press, a Jesuit ministry and Catholic publisher. It’s a role she seems destined to take on and make her own.

Her zest and zeal blossomed as the oldest of five growing up near Grand Rapids, Michigan. Her parents openly encouraged living big and creative expression, even if it meant making noise or messing up the house.

“My parents have a real sense of adventure and taught us not to be afraid of the world,” Joellyn says. “They also encouraged us to develop ourselves creatively through music, art, dance—whatever brought us joy and helped us express ourselves.”

Since then, hands-on involvement appears to be her modus operandi. From her first job as a teacher to her current role as president and publisher of Loyola Press, Joellyn’s professional path has always demanded high energy and deep passion.

Initially drawn to teaching so that she could directly impact students’ lives, Joellyn threw herself into each semester, each lesson, each child’s development, because, she says, she “couldn’t help it.”

“One of my favorite parts of teaching was to find creative, innovative ways to teach children. What I saw in textbooks was so flat and boring. I was constantly writing new lesson plans or revising existing ones to make them fun or interesting or impactful,” Joellyn says.

After seven years of teaching across three states, Joellyn switched to educational publishing so that she could cultivate a career where she could travel, allowing more flexibility for her young family. But her time spent in the classroom wasn’t wasted; she parlayed her knowledge of classroom best practices and bringing the lessons alive to become an educational writer and editor. At one point her ideas caught the attention of Family Communications, Inc., the predecessor of the Fred Rogers Company, and soon enough Mister Rogers and his team signed on to work with Joellyn to produce six books based on his popular PBS show, Mister Rogers’ Neighborhood.

“From the first day I met Fred, I knew I was in the presence of someone special—many would even say holy,” Joellyn says. “He looked at the world through open eyes and with a generous heart. I learned so much about writing for and helping caregivers and teachers of young children. I loved being part of the ‘neighborhood’ for a little while.”

Joellyn’s all-in attitude isn’t limited to her professional life. As the mother of two, Joellyn wanted her homelife to be fulfilling and faith-filled, so she and her husband Paul decided that she would work from home as a freelancer while her young children attended the local Catholic school. While the parish and school activities naturally became another arena for Joellyn to focus her energy, the years with young kids meant sacrifices—mostly sleep.

“I will never regret getting up at 5 a.m. and going to bed at 2 a.m, just so I could be a mom at increments in between my hours of work,” she says. “Those years were exhausting, but I was able to be a mom and a financial contributor who had a creative outlet at the same time. That’s a win-win-win to me.”

When her children were old enough, Joellyn readied herself to head back into the full-time workforce. She decided that her next step would not be born of necessity but rather a conscious choice. And she knew where her passion and energy should be channeled: Catholic publishing.

“Over time, and as a Catholic mom of two, I came to believe the following: Life is hard, even for children,” Joellyn says. “Feeling loved and lovable by God gives children direction and purpose and a sense of security—traits that are so needed today in this scary world. I went into Catholic publishing because I felt like I had a chance to facilitate that relationship and positive outcome.”

Joellyn has spent the past decade at Loyola Press, working to bring both children and adults into a more personal relationship with God. When Joellyn was named the president and publisher of Loyola Press in January 2017, she ardently took on helming the Jesuit company’s mission to honor and sustain people’s desire for a deeper friendship with God. She wants to help people become involved in their own spiritual journeys and is constantly seeking new ways to do that.

“From the start, I was a fervent student of Ignatian spirituality and faith formation and haven’t stopped since,” she says. “I’m intensely curious about our faith and how to experience it more deeply. Like when I was a kid, I still have an abundance of energy, and my foci are my family, my faith, and publishing. It all comes together at Loyola Press, and I feel nothing but gratitude for the life I lead.”

One year into her new role, Joellyn is just getting warmed up.

Advertisement
TagsBooks and literature In Person Women in the church