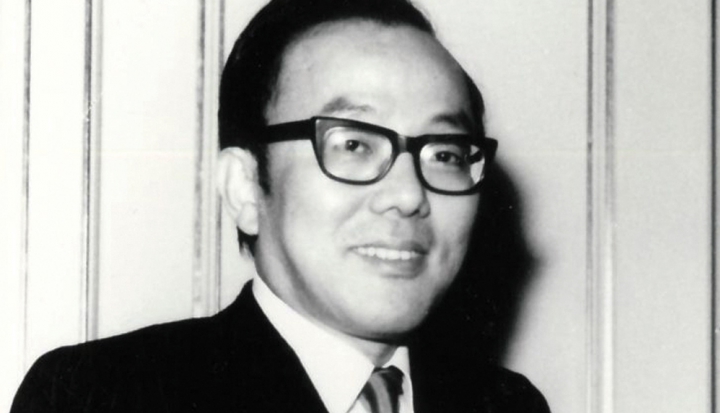 One of the most vivid descriptions author Shūsaku Endō uses to describe his faith was to call his Catholicism an ill-fitting suit. It’s such a relatable sensation that just to read it makes me squirm in my chair a bit, realizing that my collar is uneven and the pants that bunched around my legs when I sat down need to be straightened out. But Endō’s discomfort is more profound than something that looks great on the hanger that never fits exactly right. Throughout his life and in his writings he grappled with what to do when the expectations of faith do not match its lived reality.

Comparative Literature seminars from now until the Apocalypse will debate just how much authorial autobiography to wring from works of fiction, but being uncomfortable and out of place was a phenomenon that seemed to permeate Endō’s life. Born in Tokyo in 1923, he spent his early childhood in Japanese-occupied Manchuria, where his father worked for the Japanese government. Endō returned to Japan before the worst atrocities of the Sino-Japanese War, but that may have been cold comfort to the 10-year-old boy whose move was prompted by his parents’ divorce.

At 11 he and his mother converted to Catholicism and joined what was, in Japan, a miniscule religious minority. He attended college during the chaos of World War II, though Endō had to interrupt his studies when he was conscripted to work in a munitions factory. In 1949 he received an opportunity to study in France.

Endō hoped that by living in a predominantly Christian society he would be spiritually at home. Yet he had no such luck. Ill-at-ease being a Christian in Japan, he was likewise out of place as a Japanese man in Christian Europe.

Like most Western readers, my introduction to Endō was through the film Silence. Some of my college classmates read the original novel in their theology or world literature courses. Generally familiar with the plot, I eventually picked up Silence for a quick cram session before seeing Martin Scorsese’s recent film adaptation of the book. The story of an ill-fated mission to Japan by two idealistic Jesuits, Rodrigues and Garrpe, to find their missing mentor, Ferreira, is likely the author’s most famous work.

The question of why Christianity and the church, which Rodrigues calls “truths that transcend all countries and territories,” did not flourish in Japan deeply intrigued Endō In addition to Silence he set two more works, In the Golden Country and The Samurai, during Japan’s Christian century.

At nearly every turn, Rodrigues’ academic understanding of his faith is countered by what he experiences. Contrary to what he has been taught about the glories of martyrdom, the deaths he witnesses are wretched. Garrpe, his friend, dies for failing to convince a group of Japanese Christians to abandon their faith. Ferreira, his beloved mentor, has apostatized and is working for the Japanese authorities.

Ultimately Rodrigues faces the possibility that the most Christian thing to do for the sake of his fellow Christians is to renounce Christianity. It is a reality no amount of study, prayer, or discernment could prepare him for.

Before arriving in Japan, Rodrigues had heard stories about Inoue, a monstrous inquisitor hellbent on destroying Japanese Christians. Rodrigues is surprised, then, when he meets a small, sympathetic-seeming old man who does not hate Christianity. Instead, Inoue explains, he finds it useless, comparing the church to a barren woman who brings nothing of value to Japan.

Of all of Rodrigues’ revelations, this one feels closest to home. Many of my own greatest hurts spring not from others’ malice, but from them having zero interest in ideas I cherish. Rodrigues is prepared to battle evil and hatred, but he has no weapons for Inoue’s foundational disinterest in Rodrigues’ beliefs.

The figure who best understands just how profound and painful the chasm between expectation and reality can be is Jesus. He understands Rodrigues’ pain, Endō’s pain, and all of our pain, because, as Endō explains in his A Life of Jesus, Jesus experienced it first. Written for a Japanese audience, who “know almost nothing of Jesus,” Endō emphasizes for his readers how profoundly sad Jesus was. Jesus understood that his simple, straightforward message about the “the God of love and the love of God” was woefully inadequate to ameliorate day-to-day suffering.

And this message certainly wasn’t going to calm the “whirlpools of misconception” that surrounded him, as various groups looked to Jesus to be prophet, miracle worker, political leader, and revolutionary. Even as the expectations and resulting disappointments pile up, Endō explains that Jesus never strayed from his message, loving through his sadness.

The line from A Life of Jesus that sticks with me, though, is one that Endō repeats a few times toward the end of the book: “Jesus accomplished nothing.”

At first this is a little jarring. Accomplished nothing? Jesus is one of the most famous people who ever lived. While Endō’s original audience might not have known much about Jesus, they knew enough to pick up a book about him. But miracles are not accomplishments. Nor is being executed. Preaching might have won some followers, but, as Endō points out, Jesus died alone.

The longer I sit with it, the more profound Endō’s line becomes. “Jesus accomplished nothing.” Jesus could have accomplished anything, but he stuck with his own ill-fitting suit; he proclaimed “the God of love, and the love of God,” knowing that it meant he would have to take on people’s pain and the disappointment of their unmet expectations.

When we first meet Rodrigues in Silence, he is a man with things to accomplish. He is, despite the misgivings of his superior, going to Japan. He is going to aid the suffering communities of Japanese Christians. He is going to find Ferreira and prove that the rumors of Ferreira’s apostasy are wrong. My daily to-do list is not nearly so ambitious, but it can still be painfully disappointing when plans go awry and things don’t get crossed off. Endō shows we are most ourselves when we fail, and perhaps at our most Christ-like when we are uncomfortable and disappointed and accomplishing nothing.