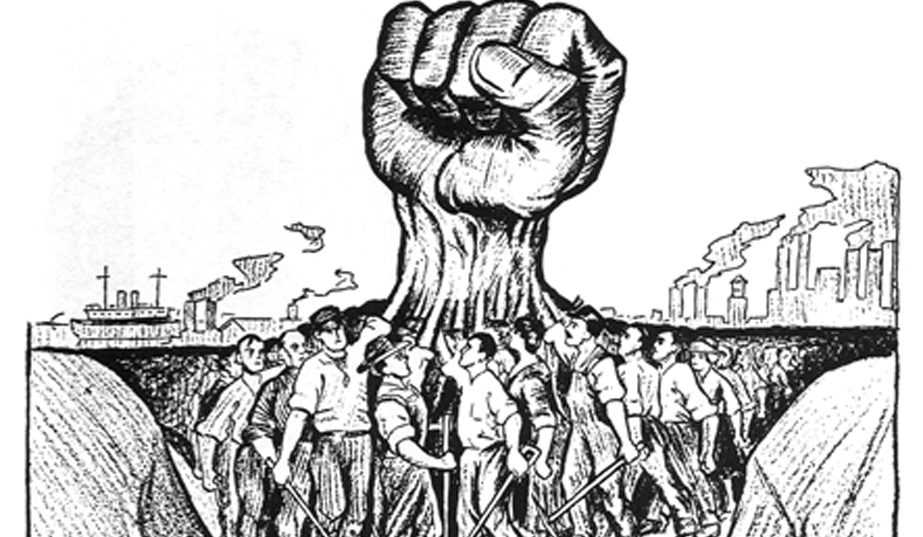 The progress of the Industrial Revolution came with a steep price: the horrible excess of human wreckage. Be it death or dismemberment in factory work, chronic disease thanks to pollution and lack of sanitation, or the cruelty of child labor, the basic humanity of workers was not respected.

The Catholic Church began to express solidarity with the workers whose bodies, minds, and souls were being exploited. In 1891, Pope Leo XIII published Rerum Novarum (On Capital and Labor) and expressed support for human dignity, the rights of workers, responsible use of private property, and labor unions.

Pope Leo XIII recognized that organized labor was the only reliable way to protect the rights, safety, and well-being of workers and their families. Unions led to the creation of a five-day work week, eight-hour work day, pensions and benefits for families, living wages for workers, and safe working conditions.

In the 1940s Dominican Father Jacques Loew started the worker-priest movement, where priests joined workers on the factory lines. These priests were to wear normal clothes, live among the workers, and witness through their own hard work. Loew thought priests could join labor unions without compromising their ministry or identity as priests. His example inspired thousands, including a young Karol Wojtyla.

We have a moral imperative to protect the rights of workers within today’s economic system. But Catholics must also be critical of unions because, like any human institution, unions can sink into corruption. Unions wield political power and, as the saying goes, power corrupts.

In the 1940s and ’50s Father John Corridan S.J. was both a staunch supporter of dockworkers’ unions and a harsh critic of the International Longshoreman’s Association (ILA) in New York. Often, a worker in the union would have to give kickbacks to gangsters to ensure work; the mob then murdered dissidents in the ranks who threatened to break the “code of silence” about this practice. The same organization that was meant to protect workers was now exploiting them. But Corridan blew the whistle on this practice, leading to a strike that crippled many ports.

As during the Industrial Revolution, our current global economy reduces workers to little more than cogs in the wheels of profit. We see small children laboring to exhaustion in Bangladeshi sweatshops and meatpackers in the Midwest paid pittance wages and enduring deadly working conditions. The minority who profit handsomely from this exploitation have no compelling reason to change the way they do business.

As the church continues the struggle against what Pope Francis calls an “economy that kills,” Catholics must decide how to uphold human dignity. Unions may be imperfect, but as Pope Leo XIII and John Paul II pointed out, they are a reliable way to protect the rights of workers.