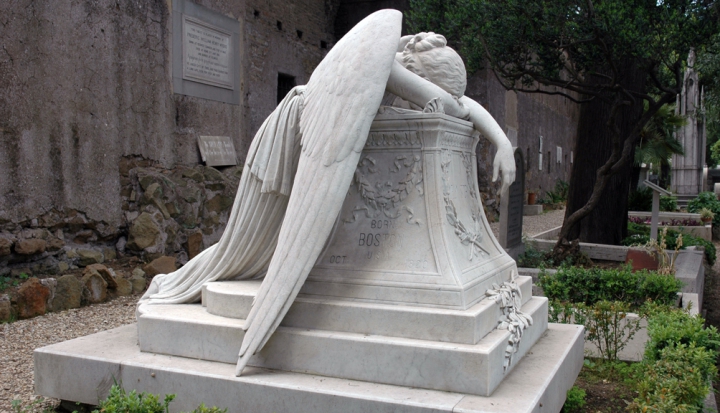 Generations of Catholics were raised to believe that suicide was one of the gravest sins a person can commit—and many Catholics today still fear that a loved one who dies by suicide is bound to spend eternity in hell. Many families have stories of being denied a church funeral or hearing that the person who died could not be buried in the Catholic cemetery where their family members were laid to rest. Yet even though these beliefs persist among many Catholics, they aren’t an entirely accurate reflection of the church’s modern understanding of suicide.

Catholics raised with the Baltimore Catechism were taught that suicide is a mortal sin because it is an act against the will of God and is a violation of the fifth commandment. “Persons who willfully and knowingly commit such an act,” the Baltimore Catechism stated, “die in a state of mortal sin and are deprived of Christian burial.” While this teaching hasn’t exactly changed, it has perhaps become more nuanced.

A person who “willfully and knowingly” chooses suicide would still be considered to be in a state of mortal sin. The church acknowledges, however, that most people who die by suicide suffer from mental illness and are thus incapable of making a clear, rational decision. This was first reflected in 1992 when John Paul II approved the Catechism of the Catholic Church, which clearly articulated this position for the first time.

The catechism affirms that suicide is contrary to both love of God and love of self, and that it goes against the basic human instinct to preserve life. But it also notes that “grave psychological disturbances, anguish, or grave fear of hardship, suffering, or torture can diminish the responsibility of the one committing suicide.” The catechism also emphasizes that the church should pray for those who die by suicide and should not fear for their eternal salvation.

Oblate Father Ronald Rolheiser, president of the Oblate School of Theology in San Antonio, says that this teaching is often misinterpreted or misunderstood. “I think that what the church has tried to do is on the one hand to keep the grave seriousness of suicide, and at the same time to mitigate in most cases the responsibility for it,” he says. “But the question of whether the person can be buried on church ground should never come up.”

TagsDeath and dying Health and wellness