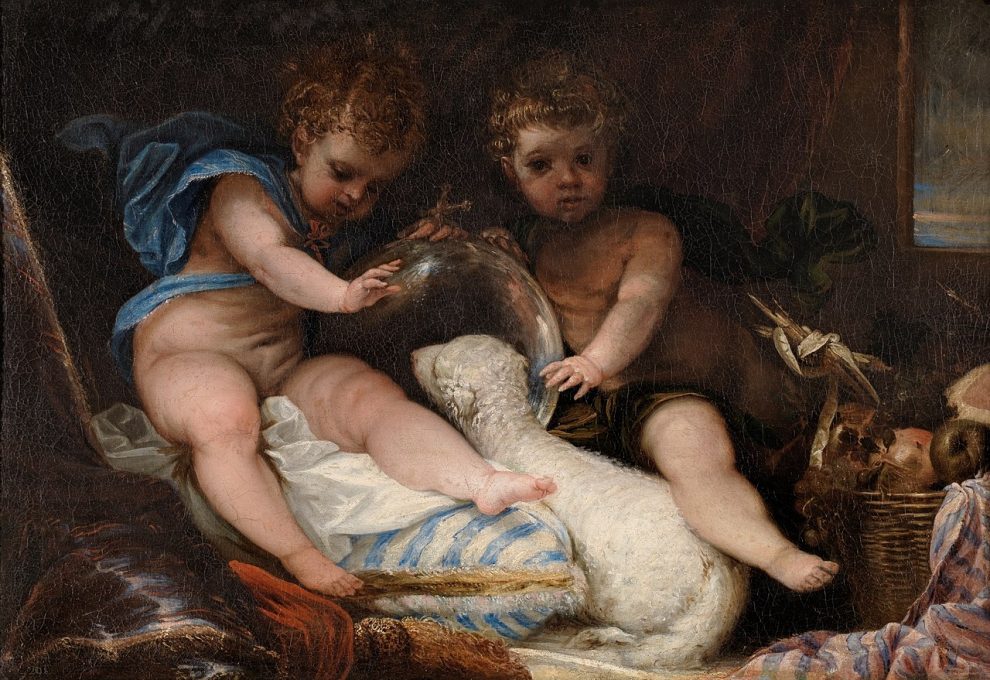 The only child often gets a bad rap. Stereotyped as entitled and self-important, people who grow up without siblings aren’t always looked upon favorably—especially by those of us with at least a sibling or two. Jesus may have acted like an only child at times in the gospels, but all of the four evangelists make some mention of his brothers and sisters.

In Mark, a crowd asks of Jesus, “Is not this the carpenter, the son of Mary and brother of James and Joses and Judas and Simon, and are his sisters here with us?” (6:3). In Luke, when Jesus is told by a crowd gathered to hear him speak, “Your mother and your brothers are standing outside, wanting to see you,” Jesus famously rejects them: “My mother and my brothers are those who hear the word of God and do it” (8:19-21). And John writes that after Jesus performed his first miracles in Cana, “he went down to Capernaum with his mother, his brothers, and his disciples; and they remained there a few days” (2:12).

The evidence may seem clear, but scripture scholars and theologians have been debating these and other passages for nearly two millennia, arguing whether those brothers and sisters were in fact biological siblings, step-siblings, “half” siblings, or not even siblings at all, but cousins.

The first recorded argument was between St. Jerome and another fourth-century theologian, Helvidius, who had written that after the virgin birth of Jesus, Mary had other children with her husband, Joseph. St. Jerome disagreed, indicating that by the fourth century at least some of the church community believed that Mary had stayed a virgin for the rest of her life. These children of Mary, Jerome said, were from Mary of Clopas, Jesus’ aunt and his mother’s sister, making them cousins. He claimed that the Greek word adelphios could refer to cousins, not just biological siblings.

Epiphanius, bishop of Salamis and a contemporary of Jerome and Helvidius, threw another possibility into the hat. He argued that the siblings weren’t cousins, but Joseph’s children from a previous marriage, making them the step-siblings of Jesus. Joseph isn’t mentioned outside of the birth of Jesus, causing some to believe that he was much older than Mary and died before Jesus’ public ministry. It is conjecture, but some apocryphal works, such as the Protoevangelium of James, the Gospel of Peter, and the Infancy Gospel of Thomas, all seem to indicate a tradition of belief that Jesus’ brothers and sisters were the children of Joseph.

These three general arguments continue to be defended and disputed by scholars today, whose positions depend mostly on their particular traditions and how they interpret early church theology. The New Testament writers didn’t leave a clear picture of what first-century Christians thought about Mary’s virginity after the birth of Jesus, if they left any details at all. All we can say for sure is that Jesus’ family tree looks just as complicated as those of many modern families.