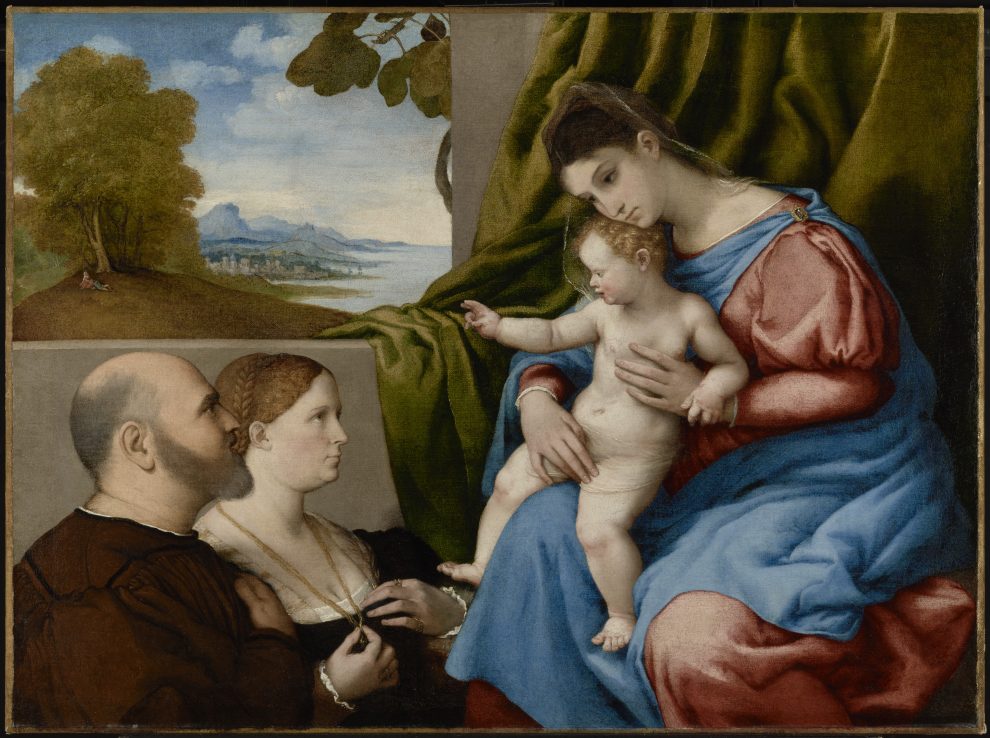 Imagine yourself on Who Wants to Be a Millionaire? For the milliondollar question Regis asks you: “The virginity of Mary refers to: (a) her Immaculate Conception; (b) the birth of Jesus; (c) a Hollywood movie; or (d) an expensive perfume.”

Hopefully no one answered (c) or (d). However, even if you went to Catholic school, chances are you might answer (a), and you would lose. The correct answer is: (b) the birth of Jesus.

Many people confuse the meanings of these two beliefs: the Immaculate Conception and Mary’s virginity. While the beliefs are different, they both serve to show that, from her very conception and again as she says yes to God’s request to conceive Jesus, she was prominent in the redemption plan. Mary was conceived without sin to be a “perfect” vessel for the Christ. Being “ever virgin,” on the other hand, refers to how Mary entered into her agreement with God to conceive and birth Jesus.

In the Hebrew Bible, Isaiah first tells us “a virgin will bear a child” (Isa. 7:14). The Hebrew word, which was translated to virgin, is actually almah. When properly translated, almah doesn’t mean virgin but “young girl.” As the text was translated into Matthew’s Greek, parthenos is used, which usually is understood as “virgin.” Throughout the ages “virgin,” rather than young girl, became integral to the description and understanding of Mary.

In the cultures of North Africa, Greece, Rome, and Turkey, where the events of the New Testament took place, the word “virgin” had a different meaning than it does today. Rather than having physical or moral connotations, it meant autonomy. It was a psychological quality signifying freedom and independence. In addition, a virgin birth often signaled a son’s divinity. In other words, gods were born of virgins. Virginity is important to understanding Jesus’ birth as the son of God because it told the people in the way they would best understand it that the child was conceived by divine origin rather than earthly. A miracle was taking place. Perhaps even more important, Mary’s virginity shows us that she used her free will as she said yes to God’s request. She gave full consent to making the Incarnation possible.

The importance of Mary’s virginity as a symbol of purity developed at the time of Saint Augustine, when the church began to emphasize the difference between the body and spirit. Matter (the body) was directly connected to our sexuality and was equated with sin. Mary’s virginity emphasized her lack of sexuality and therefore portrayed her as sinless.

Recent scholarship no longer supports the separation of body and spirit, new and better translations of ancient texts are available, and new light has been shed on our cultural understanding of the definition of virgin. Yet at the heart of the teaching about Mary is the belief that God offers God’s self to us in the form of Jesus. For this gift to be realized, we must accept him into our Lives. Mary does so in her freedom and totality, as “ever virgin.” She is the powerful symbol of our complete acceptance of his grace. She is our free and unforced positive response to God’s gift-Jesus, when she says for us, “Thy will be done.”

By Bob O'Gorman and Mary Faulker are authors of the book The Complete Idiot's Guide to Understanding Catholicism (Alpha Books).