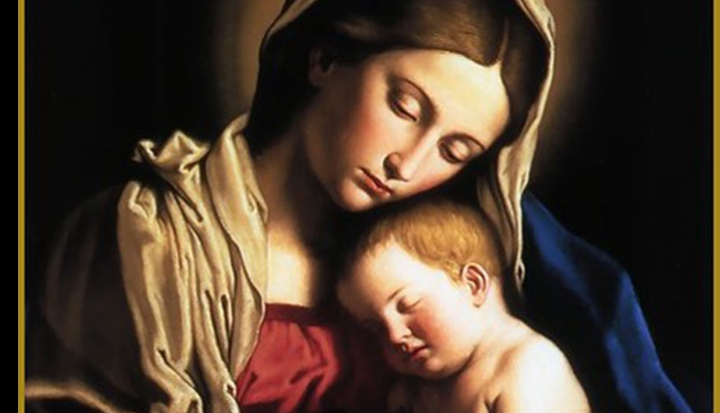 My all-time favorite footnote involves a scholar’s wry gloss on the maps used by Jesus. Commenting on a passage in which Jesus had to cross into Gentile territory on his way to Jerusalem, the footnote reads: “This trip was evidently a theological necessity, not a geographical one. More direct routes were available.”

We can think of the virgin birth in this light. Mary isn’t a virgin for biological reasons, but rather for theological ones. Most of us remember hearing in a Christmas carol that “Isaiah ‘twas foretold it”—that is, Isaiah was the seer upon whom the evangelist Matthew hung the prediction that “the virgin shall be with child and bear a son, and they shall name him Emmanuel” (Matthew 1:23/Isaiah 7:14).

Well, not quite. Hebrew had three words to describe a young woman with no children. The first, bethulah, is what we mean by virgin today. Literally “the separated,” a bethulah was a sexually uncompromised young female prized for her marriageability. Such girls couldn’t approach the outer doors of a house in first-century Jewish households and were closely guarded by their relatives. They brought honor to their families, not to mention the best bride price.

Other Hebrew terms with similar meanings are na’a rah, a girl or maiden, and ‘almah, a young woman who is presently childless. An ‘almah could be married and not yet favored with a pregnancy. Isaiah’s prophecy concerning the arrival of Emmanuel doesn’t call his mother a virgin (bethulah), but a childless young woman (‘almah).

Matthew isn’t being careless in his translation. Writing in Greek, he uses the Greek word parthenos, an all-in-one term for virginal girls that doesn’t split the fine hairs of the three Hebrew words. However, Matthew is clear that Joseph isn’t living with Mary when her pregnancy becomes obvious. The point of the story is made: Joseph isn’t the father. This child is a God-event.

Luke, the only other gospel writer who concerns himself with the birth of Jesus, takes this theological premise further by including the Annunciation story. Here the angel Gabriel tells Mary plainly she will conceive by the power of the Holy Spirit—over her protest that she has had “no relations with a man” (Luke 1:26–38). Luke too writes in Greek and defines Mary as parthenos, though he leaves Isaiah out of the matter.

Female biology was poorly appreciated in the first century. It was held that males alone generated life by their seed. Women’s bodies were merely the “soil” in which this seed was planted; they made no genetic contribution. The consequence of Mary’s virginity, then, isn’t about Mary at all. It’s about the paternity of Jesus. Is God his father, or someone else? If Mary is bethulah at the time of her conception, then the origins of Jesus are indeed divine.

Later Christianity would interpret Mary’s virginity as a state of perpetual purity with overtones of a mystical marriage to God. At the time, it was the map delivering Emmanuel to Bethlehem.