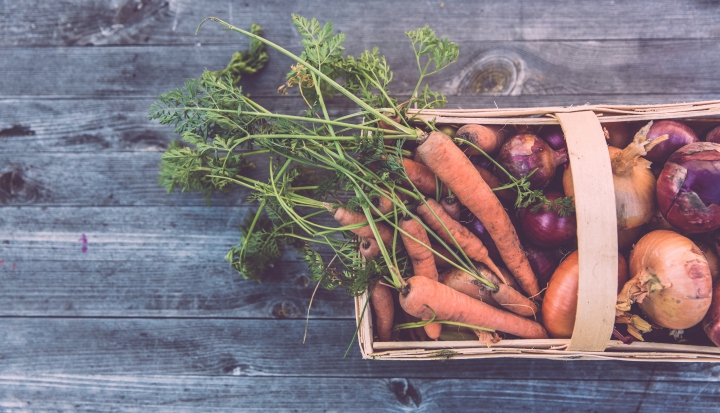 Genesis’ second chapter tells a story of how God planted a garden, then created human beings to till it. The reason is obvious: Gardens are a lot of work, so Yahweh needed help to keep Eden weeded.

I realized that this summer, the first season I’ve had my own backyard garden. The locavores, foodies, granolas, Amish, and other assorted environmentalists and farm types convinced me that it would be worth the effort to grow my own food. Plus, I hate to mow the grass, so vegetables seemed preferable to a lawn.

A garden, as God discovered, is not something you can create and just leave alone. It takes work. Peas, for example, require a trellis to grow on, and a gardener should really put one in before the plants are so entangled that they resemble something more like a bramble. (I did not.)

Everyone loves garden-fresh tomatoes, but it turns out that one can’t plant them in Chicago until the end of May, and certainly not in late April as I did. Mine glowered at me every cool morning, threatening to expire at any moment. Zucchini, also a warm-weather plant, will grow beautifully—and then take over half your garden and bury you with fruit. They are eclipsed only by cucumbers, a most insidious vine that will choke out everything else in the garden if you turn your back for 15 minutes.

Then there was the Great Bean Failure of 2011, during which only a single sprout out of an entire package came up. What happened to the others? The amateur gardener soon discovered that raised vegetable beds indeed hold water better than regular ground—so well, in fact, that the beans drowned.

Despite all my missteps, the garden still produced. Every salad for two months came from my lettuce bed, and the peas (pictured) produced pod after pod. Even the tomatoes eventually forgave me for their difficult childhood and thrived. I had so many green beans that every summer cookout featured them in some permutation: pickled, steamed, in salads, stir-fried. Still, by the end of the summer, I found myself wondering who was gardening whom.

I shouldn’t have been surprised to learn that a garden is not something one inflicts upon a plot of land but more like a bargain struck with the earth. In exchange for attention and care, these plants may (or may not) yield food, and the extent to which they do depends a great deal on how quickly one learns their language. As with any relationship, things can go downhill if you stop listening. Still, most vegetables are gentle teachers (except maybe asparagus). They will respond to the slightest attention, and with enough (but not too much) water and sunlight, they will put food on your plate.

But I have found that they feed me in more intangible ways as well: in the pleasure of watching something grow from seed to harvest, the surprise of discovering the first cucumber or green tomato on the vine, the sense of gratitude when you eat from your own garden. Those vines and bushes helped me find a hunger to grow things that I didn’t even know was there, one echoed in urban dweller after urban dweller who spoke enviously of the garden they wished they had.

Gardening is also a reminder that it is impossible to go it alone. Even my small garden takes two people to maintain—no wonder God provided the first human being a helpmate—and even at our most productive, my yard and I could not produce enough food to take me through October, much less an entire winter. My dependence on the farmers and fields of the world has only become more obvious, and the Great Bean Failure called to mind those for whom wasted seed is a catastrophe.

At the other end of the Bible, in Revelation, the seer John has a vision of another garden, this one in a city, the fulfillment of the cultivation God began in Genesis, the completion of the partnership God struck with humankind. Until now I had not realized that there was a third—though often forgotten—partner in that bargain: the earth itself, not just a blank slate or an empty stage but an equal, with integrity and wisdom of its own.