Some articles are available only in the print issue. 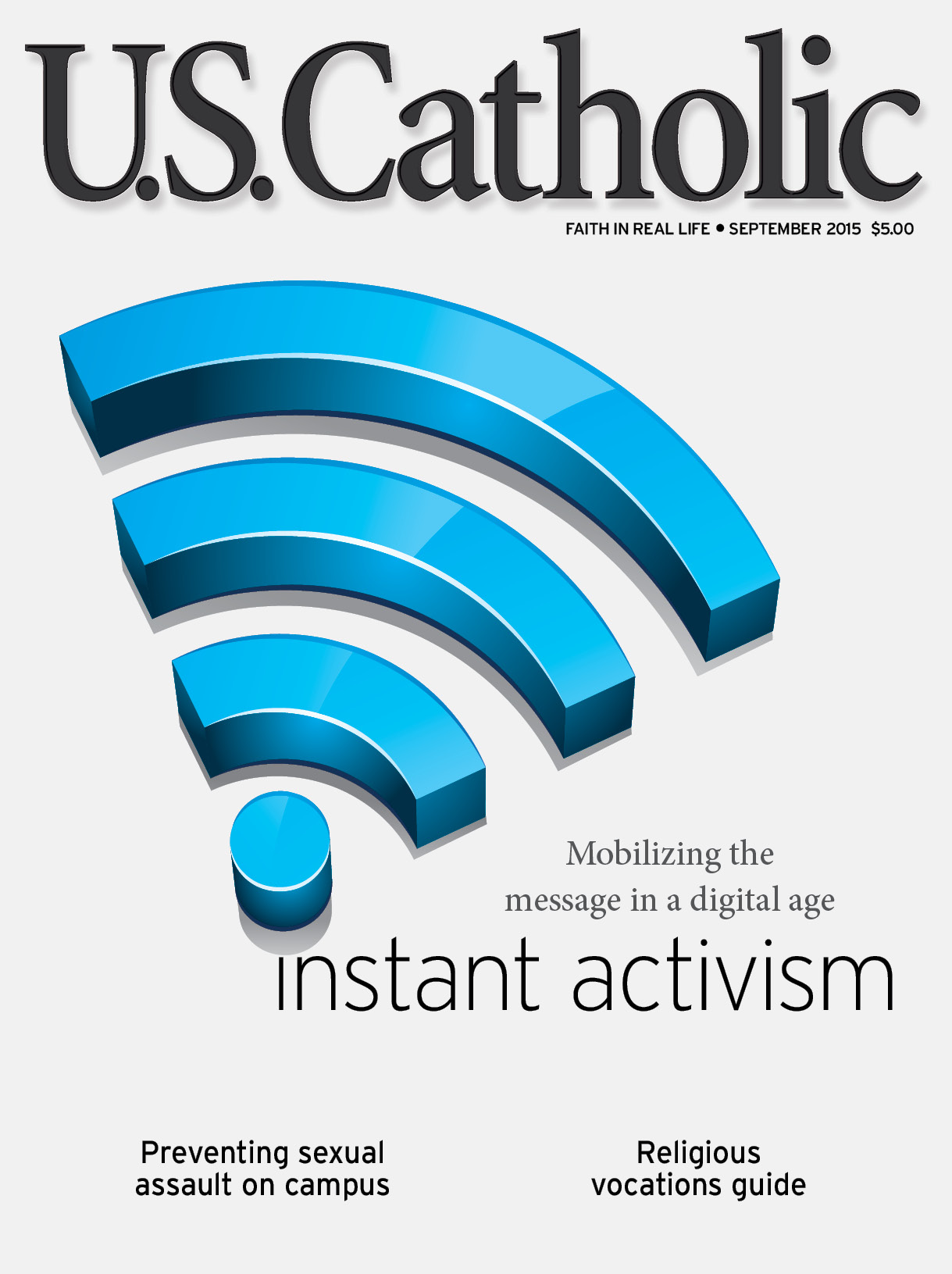 by Tim Cigelske
Activism is trending among millennials. But today’s activists find smartphones more powerful than sit-ins when gathering support for
their cause.

by Laura Fletcher
Keeping college students safe from sexual assault requires a cultural shift on campus. Catholic colleges and universities are leading the way with new initiatives that prioritize prevention.

The role of consent

An interview with Father Clete Kiley
When it comes to defending workers’ rights, nothing gets the job done quite like a union. But this union-supporting priest says the church needs to work harder at combating negative stereotypes about organized labor.

Priests in the labor movement

by Marisa Fasciano and Kimberly Keiserman
An early lesson in religious diversity can lessen religious discrimination later in life. In Feedback, readers contemplate a broader religious curriculum in Catholic schools.

God stands with us

by Sister Monica David
Members of the transgender community may feel like God has forsaken them, but one Catholic sister has made it her mission to bring healing to this marginalized population.

by Barry Hudock
A greater understanding of Islam led Jordan Denari to a deeper appreciation of her Catholic faith.

Glad You Asked: Why do Christians use incense?

Culture in Context: It takes a community
By Meghan Murphy-Gill

Testaments: James Who?
By Alice Camille