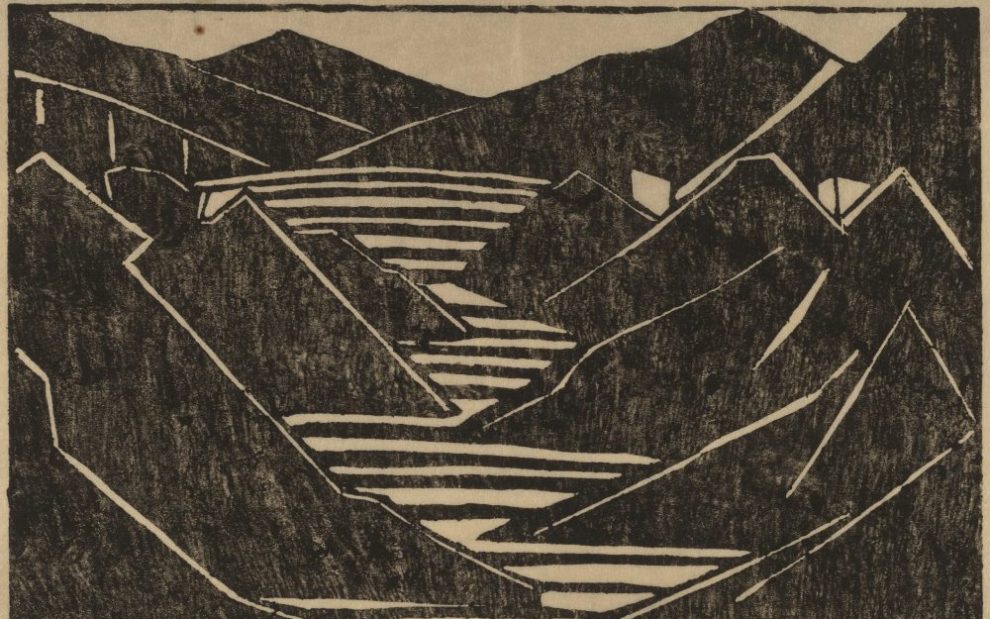 Many people are out in their gardens this time of year, hands deep in the soil, working together with the Earth to bring forth vegetation. The idea of humans as cocreators with God has gained traction in recent years as we work to better understand the interrelatedness of the created world—spiritually and scientifically. Less common is an understanding of the Earth itself as cocreator with God, an idea presented directly from the creation accounts in the Book of Genesis.

This is certainly not how many people think about Christianity’s relationship with the Earth. The most dominant perspective may be that of Lynn White’s influential 1967 article, “The Historical Roots of Our Ecological Crisis.” For White, Christianity introduced the idea that humanity is not part of creation but above it, both justifying and legitimating any kind of exploitation of the Earth.

I can remember a cousin of mine, agnostic at best, expounding on the famous passage: “God said to them, ‘Be fruitful and multiply, and fill the earth and subdue it; and have dominion over the fish of the sea and over the birds of the air and over every living thing that moves upon the earth’ ” (Gen. 1:28). “Dominate it. Crush the Earth,” my cousin preached. “That’s what the Bible teaches.”

I didn’t really know what to say. I had to admit that the verse, taken out of context, indeed seems to say this. It turns out my cousin’s and my assumption were all wrong, and Indigenous scholars are showing the way.

Natives have been correcting Western Christians for centuries with traditional teachings about Mother Earth. These teachings are important. Furthermore, knowledge can be gained from the actual scripture passages.

H. Daniel Zacharias is Cree and Austrian, from Treaty One territory in Canada, and an associate professor of New Testament studies at Acadia Divinity College in Wolfville, Nova Scotia. He is also faculty with NAIITS: An Indigenous Learning Community, an Association of Theological Schools accredited school that offers MA and PhD degrees. This group of primarily Indigenous scholars and practitioners seeks to do Christian theology in an unapologetically Indigenous way, a way that doesn’t just dress Christian theology in Native garb but that in many cases brings Christian practice and teachings closer to their roots.

Zacharias is uniquely qualified, as he was trained in the standard Western way. It wasn’t until he was finishing up his doctoral degree and teaching that he began to apply his Native identity to how he did his academic work. “I was always taught to read the Bible as an isolated individual,” Zacharias says. “My perspective really changed when I took seriously the idea that the Bible is really the story of God’s people, Israel. And their culture is much more like that of Indigenous people than those of modern Canadians or Americans.”

Indigenous peoples are, first and foremost, people deeply connected to a particular land.

For Zacharias, the connection between ancient Israel and First Nations is based on relationship to land. “Indigenous peoples are, first and foremost, people deeply connected to a particular land,” he says. “The Israelites and early church are the same: people whose lives were entwined with the rhythms and contours of the Promised Land. They had sacred ceremonies and festivals that connected them to the land, just like First Nations and Indigenous nations throughout the world.”

This insight causes Zacharias to look at scripture differently. “I began to look at the communal ethos of the text. In the Western way, we reduce everything to the individual. When we do see community, it only includes people. In both Indigenous traditions and the biblical tradition, community includes land and all other forms of life,” he says.

Zacharias takes this key insight and breaks down the scriptural text in his 2019 article “GraceLand: The Land as a Relational Gift in the Bible.” Genesis 1 establishes a clear pattern in the way God creates the world: God gives a command and then fulfills it. That which is created is given a job, and the created being responds by performing its role, creating a pattern of reciprocity.

This pattern governs all of creation with one important exception: In Genesis 1:11–12, “God said, ‘Let the earth put forth vegetation.’ ” In response, “The earth brought forth vegetation: plants yielding seed of every kind, and trees of every kind bearing fruit with the seed in it. And God saw that it was good.” The Earth produces vegetation and is thus cocreator with God.

It is this cocreated vegetation that is then given as abiding sustenance for humanity and all land animals (Gen. 1:29–30). Humanity and all other creaturely kin are forever dependent on the gifts of the land. God then gives a call to humanity directly related to the Earth once humanity is placed in the Garden of Eden, which English translations miss. In a typical English version, God places Adam and Eve in Eden to “till it and keep it” (Gen. 2:15). The problem is that this translation is out of character with the way the two Hebrew verbs are normally translated in the rest of the Bible.

“To till” is ‘bd, a verb that appears 287 times in the Bible and is most often translated as “to serve” (for example, “The Lord your God you shall fear; him you shall serve” [Deut. 6:13]). Modern translations opt for English words that reverse the relationship, placing the land in the role of objective resource rather that something to which humanity has a responsibility borne of grateful reciprocity for the continual gifts of our sustenance.

The second verb, šmr, translated as “to keep,” also tends toward seeing the land as an objective resource. This verb is often used in the context of keeping the Mosaic covenant and is a much deeper concept than just preserving something. To keep the requirements of the covenant is to “conform one’s action or practice to something.” In the Mosaic Law, the call is not just for Israel to know the law but to conform their lives to it. The land is not the place for extracting resources. Rather, it is the place to which humanity belongs and therefore should be profoundly respected such that it shapes the rhythms of our lives.

In both Indigenous traditions and the biblical tradition, community includes land and all other forms of life.

How different is my cousin’s understanding of ownership and domination to Zacharias’ interpretation of grateful service to a cocreator with God and a covenant to maintain a reciprocal relationship. Zacharias says, “I suggest that an accurate and more potent translation of Genesis 2:15 is: ‘Yahweh God took the human and set him in the Garden of Eden to serve her and conform to her.’ This is relational, reciprocal, and covenantal language. It puts humanity in its proper place.” We are dependent upon the continual gifts of the land for our sustenance. The Creator has placed us into a relationship of reliance and reciprocity. For a long time, Western Christians have been taught that the land belongs to humans. The Bible teaches that humans belong to the land.

That’s a big change in perspective. It may be difficult to think about how to start living within that relationship, especially for those of settler descent. Interestingly, Zacharias provides a model. While he is Native, he doesn’t live on his ancestral land. So, as a guest living in another Nation’s territory, he’s asking the questions that settler people across Turtle Island can and should ask: “How do I indigenize to this place that I now call my home? Who are the people that have inhabited this land from time immemorial? How did they live? What did they eat? What must I learn from them in order to walk in a good way in this land? What are all the species that live in this land? What has gone extinct? What are my responsibilities to these fellow creatures? What can I do to help them thrive?”

It may feel like a long, uncertain journey, but thankfully we have a good teacher. Go out and get your hands dirty. Serve the land in reciprocity. Conform yourself to the Earth’s ways. This is not some sort of neopagan idea. It’s a biblical calling. And we have a lot to learn.