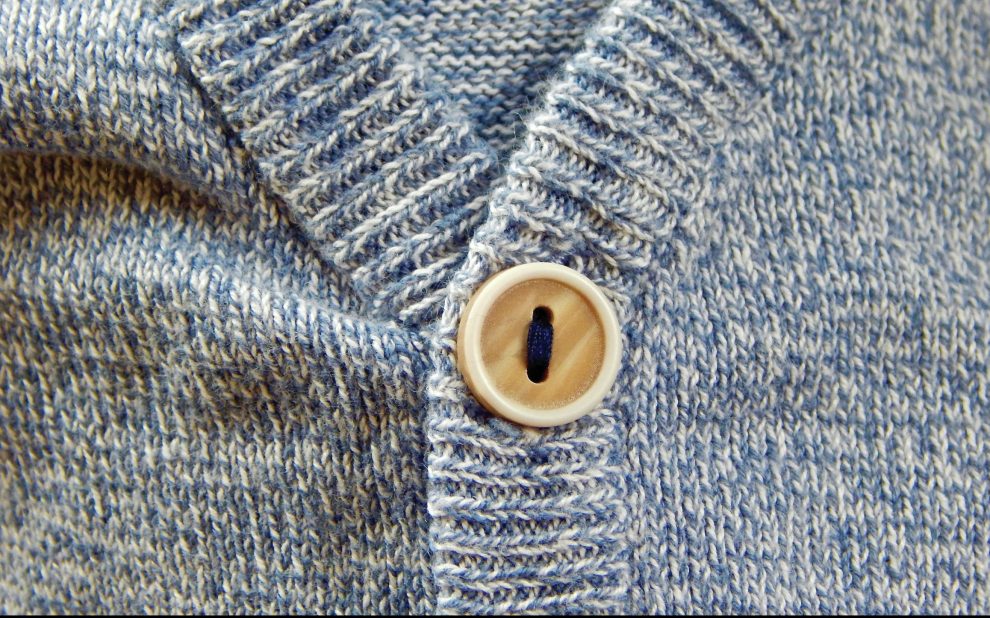 Some things don’t really matter. Others are essential to growth and happiness. The key to life may be in how well we’re able to discern which elements belong in which category.

When it comes to Mister Rogers, any child can tell you that he just isn’t the same guy without his familiar uniform: a brightly colored cardigan and a pair of tie-on sneakers. This is why it became a state of emergency on the day when Fred Rogers accidentally left these trademark items in an airport lounge on the way to a gig, an incident described in the rewarding biography, The Good Neighbor: The Life and Work of Fred Rogers (Abrams Press), by Maxwell King.

After reaching his destination, Rogers registered the loss and quickly placed a call to the airline. A spokesperson agreed to send the items ahead. An assistant to Rogers was dispatched to the airport to retrieve them.

Upon arriving at the proper counter, however, the assistant was informed by an airline rep that it was against company policy to release items to a third party. With no time to quibble, the assistant made the case: “Listen, lady, this is Mister Rogers’s sweater and sneakers, and if we don’t have these tomorrow, we can’t shoot.”

That crystalized the situation. The rep immediately revised her response: “Oh my gosh. Hold on a second. I’ll make this happen for you.” Both sweater and sneakers were soon safely on their way back to Mister Rogers.

While we can imagine that Rogers, the private citizen, could make do without either of these items indefinitely, Mister Rogers, the beloved children’s show host, wouldn’t survive the opening song of his broadcast thus unattired. It’s just as vital for each of us to be clear on what makes us who we are. In the realm of our identity as Christians, we might wonder: What’s our sweater?

In many gospel passages, this fundamental component seems to be faith. Even Jesus, Mark tells us, is hamstrung in the presence of unbelief. Just think about that for a moment. The element of human faith is so crucial to the divine-human collaboration that, without it, the will of God is in danger of remaining unaccomplished! Thy kingdom come, thy will be done. . . . We pray this prayer with great expectations. Yet if we don’t add faith to the equation, these are simply words tossed into the wind.

Even Jesus, Mark tells us, is hamstrung in the presence of unbelief.

This begs the question: What is faith? Any Catholic with a half-decent religious education might recall that faith is one of three theological virtues, along with hope and love. St. Paul lists these three supreme qualities as the only things that last (see 1 Cor. 13:13). The church calls this triad the theological virtues since they govern our relationship with God. Admittedly, St. Paul identifies love as the greatest of the three, but the list necessarily begins with faith. You can’t have a loving relationship with a phantom.

Still, the observant reader recognizes that categorizing faith isn’t the same as defining it. This puts the finger on a historical problem that keeps many believers at arm’s length from the loving relationship with God we say must be at the center of our lives. For many of us who’ve studied the Catechism of the Catholic Church diligently, faith has become equivalent with believing things about God—or worse, a fundamental nod to the idea that God simply exists.

So when we say that we’re believers, what we may mean is that we assent to the eternal reality of a Creator Being who is Three-in-One. We may further believe—which is to say we don’t actively doubt—that Jesus of Nazareth is both divine and human and that the Holy Spirit is around . . . somewhere, doing God knows what. We may hold a long list of line items to which we have no trouble professing: virgin birth, one-holy-catholic-apostolic church, real presence in the Eucharist, the Bible as divinely inspired text. Not that any of this makes a lick of difference to the next decision we’re going to make.

In other words, the most common form of religious faith is belief that certain things are true. Theologian Monika Hellwig contrasts “belief that” with “belief in”: the sort of faith a child has in the adult to which she instinctively offers her hand while walking. Faith that is belief in describes a trusting relationship that’s going places.

Faith that is belief in describes a trusting relationship that’s going places.

All indications are that this is the kind of faith Jesus is looking for in the gospel stories. His invitation is always the same: Come follow me. To take the journey with Jesus requires putting more trust in him than in fishing boats and family, income streams, and reliable institutions. You have to trust Jesus more than the rules designed to keep you ritually safe, more than the religious leaders whose job it is to keep you in the bullpen of orthodoxy. To put your faith in Jesus means reaching out to touch his cloak, knowing you’re breaking a bunch of laws doing it. Faith in Jesus means asking him to make you whole even after all the experts confirm that you’re too far gone to make a comeback, and, besides, it must be God’s will that you’re suffering anyway.

The letter to the Hebrews poetically describes faith as the “assurance of things hoped for, the conviction of things not seen” (Heb. 11:1). That contrasts sharply with the faith that grounds itself in what we can reason out, put our hands on, or simply take for granted as true. If a thing is obvious and readily available, not something to be grasped at and sought after, we don’t need faith to access it. We can achieve it ourselves. Yet theologians have long viewed faith as a divine gift. We can’t claim it by getting an A on the religion test. Faith involves a surrender, a falling into another’s arms, as any loving relationship does. We have to let go.

The more common understanding of faith—believing correct principles about God—fixates us on the content of faith, not on the relationship of trust. To be sure, we like faith-as-content better. It guarantees that we’re in control of the process. Check the right boxes, don’t think too hard about the details, and you’re done.

If we can’t or won’t put our hand in the hand of that guy who stills the waters, our faint stabs at religious practice are a sincere waste of time.

I don’t know about your relationships, but total control of outcomes rarely seems to be true of mine. I keep trying to yank friends and family in the direction I’m going, but they predictably yank back each time. I’ve also never been a fan of the blindfolded trust walk: allowing someone else to determine the path and the destination while being meekly led along by the hand. I’m not sure I trust anyone enough to be convinced their judgment is better than mine.

Yet this is what faith in God really means. This is what discipleship depends on. If we can’t or won’t put our hand in the hand of that guy who stills the waters, our faint stabs at religious practice are a sincere waste of time. If we want to experience the “deeds of power” Mark’s gospel tells us about, we have to bring trusting faith to the table and not rely on faith-as-content to be sufficient. Hellwig describes trusting faith as a visionary way of living. It drove Abraham from his homeland in the direction of an intangible promise. It made prophets hang their fate on mere words. And for disciples, it’s the sweater that distinguishes us from the rest. Don’t leave home without it.