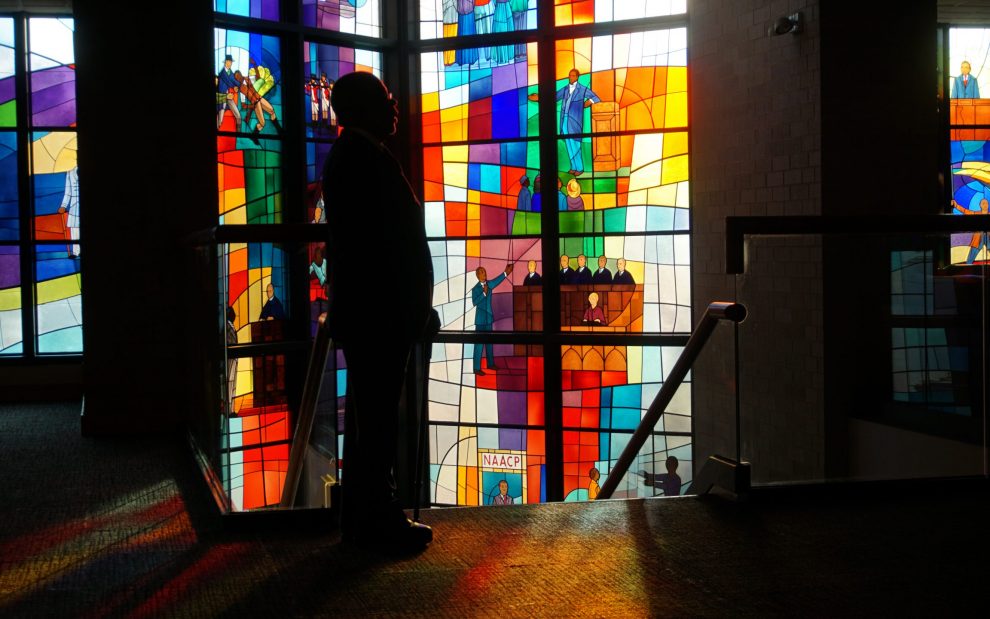 In 2013 Alicia Garza, Patrisse Cullors, and Opal Tometi crafted the phrase. It was a cry, a protest, and a new way of political organizing against white supremacy. They used it as a way to respond to the murder of Trayvon Martin by George Zimmerman for the crime of having the audacity to be alive as a young Black man.

These three amazing women, although seemingly “secular,” are part of a long tradition of memory, resistance, resilience, and walking with God’s Spirit that has been condensed into one phrase: the Black church.

Henry Louis Gates Jr.’s new PBS documentary attempts to tell the complex story of the Black church in the United States. The story begins with the enslavement of various African peoples by Europeans who declared them subhuman and pressed them into merciless labor in the Colonies of North America. As Gates points out, the various African peoples who were enslaved already “had religion.” Some were Muslim, some were Catholic, and most practiced the local religions of their homeland. Once they arrived in America, they were brutally forced to become one enslaved “people” whose only purpose was to make a profit for their white slave masters.

As white missionaries began to “evangelize” the enslaved children of Africa, and as the enslaved began to learn more of the Christian God, something amazing happened that none of the white, European “gatekeepers” of Christianity expected: These very same enslaved people “flipped the script” on a Christianity meant to prop up white supremacy and instead made it a liberating Christianity focused on God’s gift of human dignity and promise of freedom in this world. This is what eminent scholar J. Kameron Carter calls the emergence of “New World Afro-Christianity.” That is, a completely new form of Christianity emerged that was a work of creative cooperation between God and enslaved African peoples in North America. That is the origin of the Black church.

The documentary is divided into two episodes, each two hours in length. The first focuses on the origins of the Black church during enslavement, its purpose, and function and then traces its development in the South (and also in the North) from colonial times to the Great Awakenings through the Civil War and into Reconstruction. The second focuses on the development of the Black church into a regionally diverse body through the Great Migration, the origins of Pentecostalism, its power and witness during the Civil Rights Movement, and its continued development in the aftermath of Martin Luther King Jr.’s assassination and into the late 20th and early 21st centuries with diverse manifestations like the Prosperity Gospel, Black liberation theology, and the Poor People’s Campaign. Throughout it all, there is a constant focus on the unique styles of praise, worship, and preaching that arose in the Black church and then influenced many other aspects of society.

These very same enslaved people “flipped the script” on a Christianity meant to prop up white supremacy and instead made it a liberating Christianity focused on God’s gift of human dignity.

The Black Church: This Is Our Story, This Is Our Song is a great achievement and a long-overdue tool for educating all Americans. However, even after four hours, much of the story is left untold. And it begs a question to PBS and the producers: If Ken Burns used 19 hours over nine episodes to explain baseball in the United States, how could anyone, even a scholar of the caliber of Gates, possibly be expected to do justice to the Black church—a much more complex story and one that most Americans know little about—in 20 percent of the time?

For example, Black Catholics are conspicuous by their absence. The famous mural of Black Jesus at St. Sabina Catholic Church in Chicago is displayed frequently and prominently. Yet Gates chooses to omit the story of Black Catholics completely. As U.S. Catholic has reported, Catholicism and devotion to Mary has been a part of African American Christianity from its beginnings.

Nevertheless, the story told here is well worth watching. Gates frames the documentary by using his own rocky lifelong relationship with the Black church. In doing so, he documents imperfections within the Black church that accompany its otherwise graced presence in the world: sexism in leadership and ministry, homophobia in its understanding of human sexuality, and seeming irrelevance to younger generations disgusted with these sins.

Perhaps they are God’s breath continuing to expand the possibilities for the Black Church.

Garza, Cullors, and Tometi may sympathize. These powerful women have envisioned a decentralized movement that puts leadership in the hands of African American women, those in the community who identify as queer or transgender, and especially young people. Although they are not officially “in the church,” they are walking in the footsteps of their ancestors who relied upon that tradition. Perhaps they are God’s breath continuing to expand the possibilities for the Black church. That, along with an engagement with Black Catholics, would be a welcome expansion of the documentary.