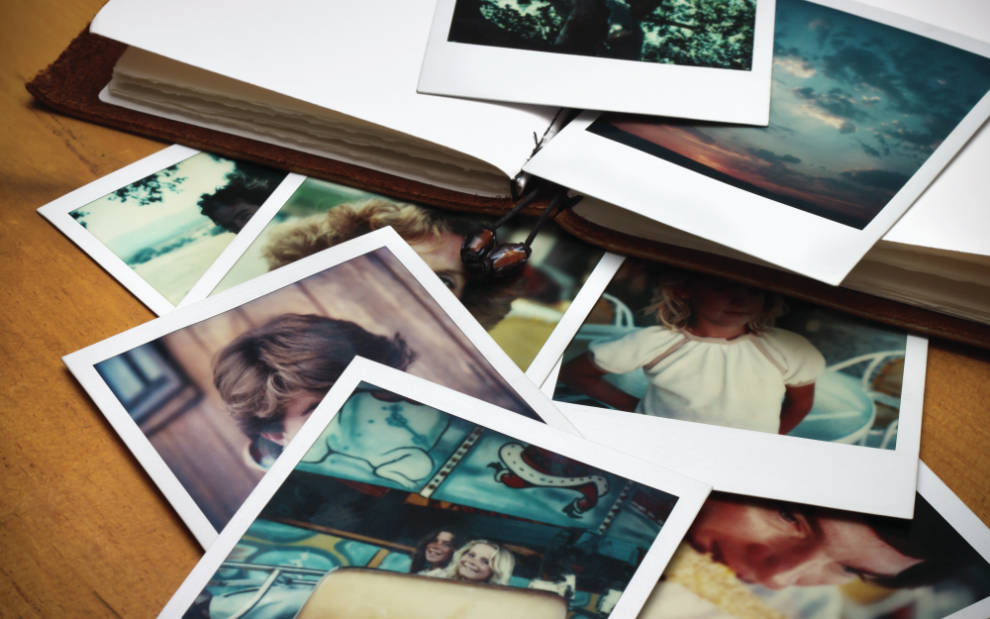 In the spring of 2016, my family was in the process of dismantling the life we knew. After seven years spent happily in Washington, D.C., we would soon return to the Midwest where I would take a job closer to extended family as we prepared for the arrival of our second child. Before that happened, we wanted to take one last trip to the National Mall—which we generally only visited when friends and family were in town—for one final walk around the monuments with our daughter, then 2½, who would never remember it. But I sure would.

At one point in the day, my wife slipped off to find a restroom while my daughter and I cut over to the World War II Memorial. After finding our home state represented among the various pillars, I noticed an elderly veteran—with the telltale cap—in a wheelchair, probably there as part of an Honor Flight. Especially in our D.C. days, I tried to make a point of thanking these men whenever I encountered them—something about saving the world from a slide into fascist darkness. My daughter was getting squirmy and fussy, so my approach was less than graceful, which only spiked my already heightened anxiety thanks to the anticipated trauma of changing jobs, homes, and basically lives.

Get in, get out. Thank him for his service. That was the plan. It almost worked. As I choked out a greeting over my daughter’s protests, the veteran—who, I could now see, had a camera—said something I wasn’t anticipating: “I got a picture of you over there.” He pointed his finger in the direction from which my daughter and I had made our way to the memorial’s grounds a few minutes earlier.

In that moment, I froze. The old person wasn’t supposed to talk back. I smiled and nodded feebly, then turned and essentially fled with my fussing child. The realizations and regrets immediately flooded my consciousness. That sweet old man was trying to share his picture with you! His picture OF THE TWO OF YOU! Good heavens, how hard would it have been to ask for a number you could text your contact info to!?

The ultimate horror of that day has never fully left me: Somewhere out in the world is an idyllic candid shot of my little girl (who is no longer 2½) and me, and I will never see it. I’d be lying if I said there wasn’t at least an attempted call later that week to the Honor Flight folks. No dice. It haunts me—grace lost in the moment.

As a consolation, many pictures of my children have been taken since that day in D.C., but the shadow side is that freezing up in the face of fatherhood is a much more familiar experience now. Fatherhood does that apparently. It locks up our gears and turns us into passive recipients of so many overwhelming experiences that kind of sweep us along, from day to day, year to year. The most paralysis-inducing reality in that mix is the awful realization of how fleeting it is. We don’t raise two or three children. We raise 2,000 or 3,000 children, meeting, embracing, then saying goodbye to them as the developmental phases slide by subversively. Those pinchable cheeks and tiny limbs give way to an equally but differently darling child with sandy brown locks and a face-meltingly cute—and yes, ever changing—vocabulary.

Our age is obsessed with personal memory in a way that would have disturbed St. Augustine.

Coupled with my paralysis is an inveterate inclination toward clinging to each possible moment, like a scrambling goalie. When author and University of Notre Dame academic director Timothy O’Malley speaks of the “sin of grasping” to characterize the impulse of the original sin in the Garden of Eden, I can sheepishly relate. Like those first parents, I too want to be like God. I want to be able to see and experience every moment all at once in my eternal memory.

This poses some logistical challenges. Hard drives fill. Laptops fry. Files corrupt. All is fleeting, and anxiety is constant. One of my big resentments right now—privileged though it is—is that if I really want to preserve a memory of my children’s faces, voices, and the moments that define their little lives, I basically have to decide which tech billionaire to share it with.

To this end, Jesuit Father John Courtney Murray seemed to anticipate Facebook as far back as 1962, when he wrote that society “will be overthrown because it will have made an impossible experiment. It will have undertaken to establish a technological order of most marvelous intricacy, which . . . will hang, as it were . . . suspended over a spiritual vacuum. This would be the real danger, resulting from a type of fallacious, fictitious, fragile unity that could be created among us.”

This is totally the prison we have built around ourselves—and likely a red flag that we’re doing it wrong. As I wrestled with how untenable this situation is, I was surprised to find a bishop on Twitter speaking directly to my angst.

We ask of memory what it cannot do.

“Our age is obsessed with personal memory, in a way that would have disturbed Augustine. We have trouble remembering beyond ourselves, & yet we want to record (extra memory always available) every minuteness in our experience,” Bishop Daniel Flores of Brownsville, Texas wrote. “We ask of memory what it cannot do, because we make of it a substitute for eternity.”

Is it any wonder then that, ultimately, the human psyche just can’t withstand this? Something has to break. At some point surrender is the only option. So I’ve found the notion of preserving every shred, every memory, of this raucous, messy, precious chapter of my life just one more thing that I’ve had to entrust to God—along with ego, money, career trajectory, reputation, and all the adult hangups that Jesuit Father Anthony de Mello called the broken toys we like to fuss over. These things exist, but I cannot bind up my identity or sense of wellbeing with them.

Has God fully completed this work of kenosis—of self-emptying—in me? Certainly not. Some days I tell myself that it was probably a lousy, blurry picture that the old war hero took. But on a better day, I strive to more fully integrate the better understanding of memory that Bishop Flores urged.

It’s God’s job to hold on to everything in eternity.

“Memory is a faint and precious reflection of God’s eternity,” Bishop Flores reminds us. “Memory is the privileged space where the Holy Spirit operates.”

I can work with this role for memory and not have it consume the joy of my present identity. It’s God’s job to hold on to everything in eternity, the ultimate remembering Father. The real gift of those zillion snapshots that comprise the flipbook movie of parenthood is that the sheer deluge of experiences forces us to give up on trying to grasp every fleeting thing and just live it, gratefully, in the moment. Most of it will be forgotten, deleted, swept away, and that’s OK. It is a firehose of gift and a chaotic crash course in how to receive.