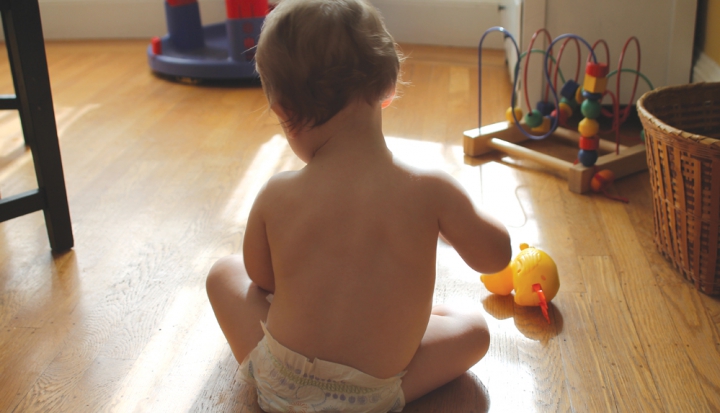 My wife asked me a week before school started this September if I had remembered to purchase my youngest child’s “school toolbox.” For the uninitiated, that’s the giant package of everything your kid needs to survive grade school that better-organized parents never fail to preorder.

To my great shame, I forgot to buy one this year.

That means my kid was likely the only one in his class without the official number of Crayolas waiting at his desk. While the other kids were showing off their shiny new pens, snazzy staplers, and the like, my boy was no doubt striking a tragic pose and holding forth about the many and lasting pains of neglectful parenting.

Worse, I will have to head out into the school aisles at the local markets and hobby shops and single-handedly put together those hundred or so items myself. It is such an anxiety reducer and time-saver to have all those items collected for me. Too bad other life experiences are not accompanied by their own school toolboxes. Low-income folks in the United States would likely benefit from something similar; a “how to navigate public aid bureaucracy kit” comes to mind.

Instead, U.S. social service providers following wrong-headed government mandates or bureaucratic inertia often tend to do the opposite, erecting needless barriers to services that can turn what should be a communal hand-up into a civic pushdown. One poignant example revolves around one of the primary needs of new parents: disposable diapers.

It’s hard to imagine navigating parenthood without a full monthly complement of diapers, but many are forced to do just that. Toothpaste, soap, shampoo, and diapers are among the items that you cannot purchase under the two major assistance programs for mothers and families—WIC and SNAP. Parents on assistance often resort to astounding measures to stretch their diaper budgets, forcing kids to wear soiled diapers for far too long or air drying disposables that have “only” been soaked in urine.

Such practices are obviously unhealthy for kids, but this one issue alone is also a source of serious anxiety for parents. According to a study recounted in Pediatrics, the official journal of the American Academy of Pediatrics (AAP), almost 30 percent of U.S. mothers describe “diaper need,” that is, a regular scarcity of this baby essential.

AAP concludes that the national diaper deficit is not only a threat to a baby’s well-being but a significant psychological burden for already stressed mothers. Babies go through about 240 diapers per month, and a year’s supply can cost $936 per infant. Researchers calculate that a single mother working full time at the federal minimum wage will spend 6 percent of her annual income just on disposable diapers.

“We know that maternal stress and depression are significant contributors to child development and mediate the relationship between poverty and child outcomes,” the study’s authors say. They argue that an adequate supply of diapers “may prove to be a tangible way of reducing parenting stress and increasing parenting sense of competency . . . thereby improving parenting quality and overall child outcomes.”

Shame as an antipoverty motivator has been deplored in economics as far back as Adam Smith, but it is a psychological cudgel, even if it is never called out as such, that periodically repeats itself in U.S. antipoverty policy. But shame and stress do not make better parents. The 21 percent of American kids who are currently growing up below the poverty line deserve better. Common sense flexibility and creativity in antipoverty programs, with a firm insistence on the protection of the human dignity, seem far wiser and more humane investments.

Why not give our parents all the tools they need to do the difficult and important work of raising up our next generation?

To find the holy in everyday life, remember ‘God is not remote from us’