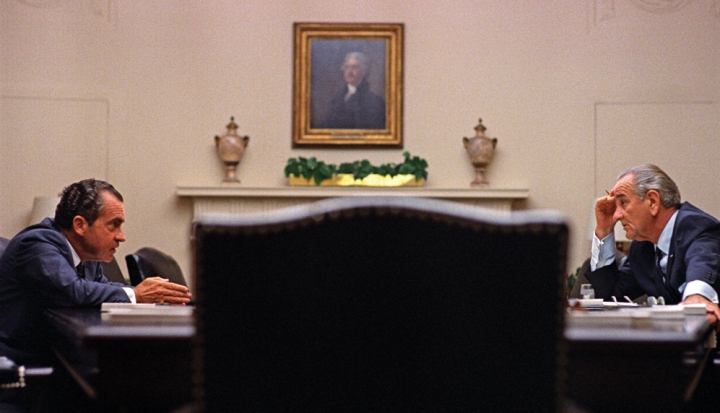 Audiences that saw Mark Felt: The Man Who Brought Down the White House in theaters this past autumn must have felt a little disoriented. There on the screen was a presidential election marred by sabotage and a president manipulating federal law enforcement institutions to obstruct justice. But the characters were driving great big American gas-guzzlers, smoking cigarettes indoors, and wearing really wide neckties.

That’s because Mark Felt, then associate director of the FBI, was “Deep Throat,” the anonymous source who helped the Washington Post break the story of “high crimes and misdemeanors” that ended with President Nixon’s disgraced resignation.

History repeats itself, Marx famously wrote, “The first time as tragedy, the second as farce.”

The Watergate episode that played out from 1972 to 1974 certainly qualifies as tragedy. For two centuries, the United States had moved steadily from strength to strength. By the early 1970s it was at the peak of its power but found itself unable to bend a small Southeast Asian nation to its will. That frustration seems to have driven our rulers a bit mad, as they simultaneously unleashed a near-genocidal bombardment upon most of Indochina and a secret campaign of repression upon the antiwar movement. It was the desire to continue the war and to avoid exposure of the dirty war against domestic dissent that lay behind both the Watergate break-in and the subsequent cover-up.

Now, 45 years later, comes the farce. America is still the richest nation in the history of the world, but its power is hollowed out at the core. For decades most Americans have watched the elites revel in the rewards of globalization while the nation’s public goods crumble and our wages decline. The social contract that held us together from the Great Depression through the Cold War now seems irreparably sundered. And, as the final insult to the idea of shared prosperity and democratic rule, we’re saddled with a billionaire president, utterly uninterested in governing.

In Peter Landesman’s film, Mark Felt is a hero of sorts but a tragically flawed one. As played by Liam Neeson, Felt is lean, pasty, and cadaverous, a cross between Hal Holbrook’s portrayal in All the President’s Men and the notorious Cigarette Smoking Man in The X Files.

Felt had given his whole life to the FBI and risen to be second-in-command under J. Edgar Hoover. While aware of Hoover’s excesses, Felt was a true believer in the Bureau’s mission and its independence from outside political influence. Then, when Hoover dies, Nixon passes over Felt and appoints L. Patrick Gray as FBI director, an outsider with no FBI history. In the movie, Gray seems like a dilettante way out of his depth, an impression that Landesman visualizes by having Gray be the only FBI man seen in the office without a necktie.

When Gray follows White House orders to stop the Watergate investigation, Felt mutinies, keeping his men on the job and passing their findings on to the press. The story is told entirely from Felt’s point of view, so the FBI is held up as an independent guardian of truth, justice, and the American Way, and this seems to be Felt’s motivation for blowing the whistle on Nixon: He trampled the good name of the FBI.

It certainly wasn’t out of Felt’s great passion for civil liberties or democratic process. When Felt decides that the antiwar bombers of the Weather Underground are “making the FBI look ridiculous” he doesn’t hesitate to order a campaign of illegal surveillance and burglaries against them and their sympathizers, an action that later earns Felt a criminal conviction.

Late in the story, Felt has a park bench conversation with a CIA man. “Presidents come and go,” the man from Langley says. “The CIA and the FBI don’t.” The two spy agencies are, he implies, a sort of permanent government, and elected presidents who prove inconvenient may have to go.

If Trump seems like a dithering loose cannon compared to Nixon’s cold Machiavellianism, the LBJ of Rob Reiner’s latest movie LBJ gives us a chance to contrast a skilled professional in the art of politics with the blathering meanderings of the bored amateur we have today.

Lyndon Johnson was a consummate practitioner of power. He brought to the job equal parts of ambition and idealism, rooted both in a titanic drive to be loved and in the poverty of his upbringing. Johnson was a career public servant, and by the time tragedy put his hand on America’s driving wheel, he knew how to handle it.

Here Woody Harrelson, despite a pretty silly-looking make-up job, thoroughly inhabits the skin of a foul-mouthed, sometimes crude man who could both keep his aides in conversation while he sits on the toilet and steer the 1964 Civil Rights Act past the powerful Southern Democrats of the U.S. Senate. The movie is framed around the assassination day that put Johnson in command and focuses largely on his time as Kennedy’s vice president and the very first months of his own presidency.

LBJ ends on a note of uplift, with Johnson’s introduction of the Civil Rights Act before a joint session of Congress. But the shadow of Vietnam hangs over this movie as much as it does Mark Felt. The lies that Johnson, and then Nixon, told to get us into the war helped give birth to the cynicism about public life that now threatens to cripple our democracy. And no blowhard from Atlantic City can ever tweet that away. 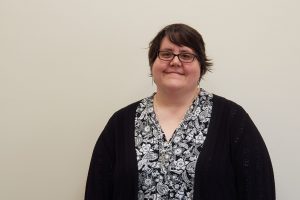 To maintain her calm, this Catholic sister tweets prayers to @POTUS

‘Spinning Out’ unmasks the lived experience of mental illness