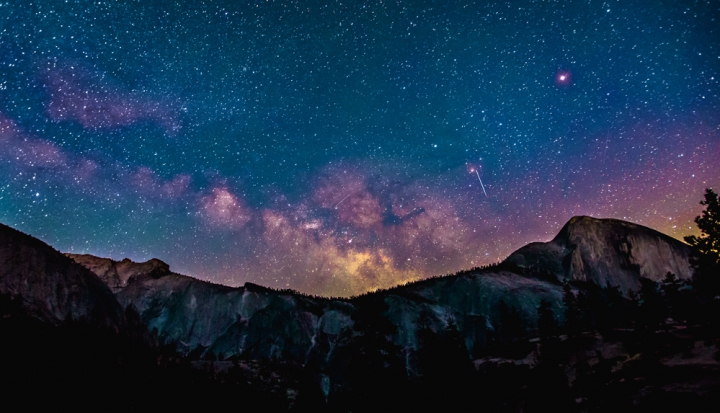 My dad sent me a DVD of a documentary about the development of the Helvetica font. In my former life I was an editor, and I have always been interested in words and the art of printing.

In the documentary a font designer said what made Helvetica such a great success was not the form of the letters themselves, but the space between them. When we read, we see not only the black letters but also the white space behind the letters and the distance from one letter to the next. There is also the white space within the letters themselves, the relationship between one part of a letter and another part of itself. Helvetica is supremely readable because of both the positive and the negative, which taken together form a unity that is easy to understand.

And then there’s music. What makes music beautiful is not the notes themselves, but what happens between them: the distance between the tones and the length of the pauses. Western music is based on the diatonic scale (do re mi fa so la ti). What is ingenious about music is how these tones are placed together and separated from one another. It is the silence between the tones that makes one piece of music different from another piece.

If you have ever been to the Grand Canyon, you know that it’s a miracle of nature. It is incredibly beautiful because of the unfathomable distance between its two sides. One can only stand agape on the edge of the canyon and stare across to the other side. Silence reigns. It is hardly possible to hear the Colorado River a mile below, which has taken 6 million years to carve out the canyon. (The canyon is more than 250 miles long and the breadth varies between 4 and 17 miles.) One is struck dumb when trying to comprehend the size of that gorge.

I suggest that it is silence that makes life readable. Silence is the space between the letters of life. Silence contemplates both the positive and the negative together to make a unit, which maybe isn’t exactly easy to understand but makes life more comprehensible than if we never experienced silence. When we get better at hearing the pauses in life, we discover a beautiful music that lies behind everything. Sometimes we are struck dumb at the thought that we exist at all and that we are only a few small creatures standing open-mouthed at the edge of God’s amazing universe.

When I entered the monastery, the rule of silence was quite strict. We used a sign language in order to avoid speaking. There were seven rooms in the monastery where we could not speak at all—nor could we use the sign language in these places. Of course we observed the “great silence” that begins after Compline (night prayer) and lasts until after Mass the next day.

The discipline of silence changed my relationship with others and with God. I had to take the things I was concerned about into my prayer. And many times I had to sit in silence and try to quiet the many thoughts in my head and listen to God—who has the habit of speaking in a very soft voice.

Have you ever tried to comprehend the size of the universe? It is more than 13 billion years old. From Earth to the nearest star is 4 light-years (that means it takes 4 years traveling at the speed of light to get there). From one end of the universe to the other it is at least 93 billion light-years.

In the monastery we have learned that it is best to use the early, quiet hours of the morning for prayer and reflection before the workday starts getting hectic. During the day we try to speak only when necessary. This creates an atmosphere that makes it easier to listen to God in one’s heart. Silence is not only for me but also for my sister, who perhaps is conversing with God in that moment.

Something of the monastic rhythm can be adapted to life outside the cloister. I recommend getting up a quarter of an hour earlier and consecrating that time to morning prayer or a period of meditation. It can be helpful to set aside a corner of a room for this, where you can open a Bible and put an icon, a candle, or incense.

In the same way, it is beneficial to close the day with a period of silence. Just before retiring is good, or after the dishes are done and activity around the house begins to quiet down. Don’t be afraid. Start with what you can. Listen to the rain or the wind or the trees or the noises around you, whatever they are. Let your thoughts go. Relax. Become aware of God’s presence and become convinced that he loves you. Perhaps the repetition of a word will help you to become still: Jesus, peace, Abba, mercy.

If distracting thoughts come up, don’t fight them. Let them go. What helps me is the image of a ship on the fjord. You see that it is there, but you don’t get on it. Let it float by. Place your life in God’s hands. It’s OK to cry. Speak with God about the things that worry you, and listen to what he says.

Many times it will seem like nothing is happening and you are just wasting your time. But we believe that God is worthy of worship, independent of our feelings. After I had made solemn profession, a psychologist helped our community to improve our dialogues. He pointed out that most of us treat others, and even God, as things to be used.

How often do we treat God as if he were a parking meter? I put in some coins, and I get a slip of paper that gives me permission to park, or I get good weather or good results on a test. The psychologist asked us to think of images of God that did not use him as a thing.

The only image I could come up with was Jesus and me sitting on a park bench enjoying a beautiful sunset together. Nothing is said. We enjoy each other and the sunset without words. We don’t demand anything of the other. We communicate and are united without speaking.

A pilot told me once how he could find his way back to the airport if he got lost. There are radio towers placed at certain intervals from the airport. They send out radio waves in the four directions: north, east, south, and west. The pilot tries to find one of these beams to follow it back to the tower. Directly over the tower, there are no signals. When the pilot flies over the tower, there is a “pop” and then dead silence. For the first time, he knows exactly where he is.

This is an image for me: Sometimes it is only in silence that we get to know ourselves. We sense the presence of God and we try to come nearer, like following the radio waves on a straight path. We discover we are home when we are in the center where it is absolutely silent.

I recently read a book on Carl Jung’s theory about how people grow psychologically. The author reminded the reader that growth in self-knowledge is a lifelong process. From day to day we see little progress, and the goal seems far away. Those books about spiritual growth often describe the high points or signposts, for example Teresa of Ávila’s rooms in the interior castle or Benedict’s 12 steps of humility. The books say little about the years of hard, necessary work which are needed to make real progress in any spiritual journey.

I like the line in my community’s guiding documents that describe Cistercian life as “ordinary, obscure, and laborious.” Between the chapters of the book of life, there is a lot of silence. And that’s where God meets us.

We had an abbess from the Netherlands who gave us our retreat last year. She framed the spiritual life as a pilgrimage. She read a poem that she translated from Dutch, and one line hit me: “I did not know there would be such huge trees between such tiny flowers.” I think the huge trees are the events that take up—and sometimes swallow up—our daily life, and the tiny beautiful flowers are the silence between them. I hope we can take the time, today and every day, to discover the tiny flowers of life.