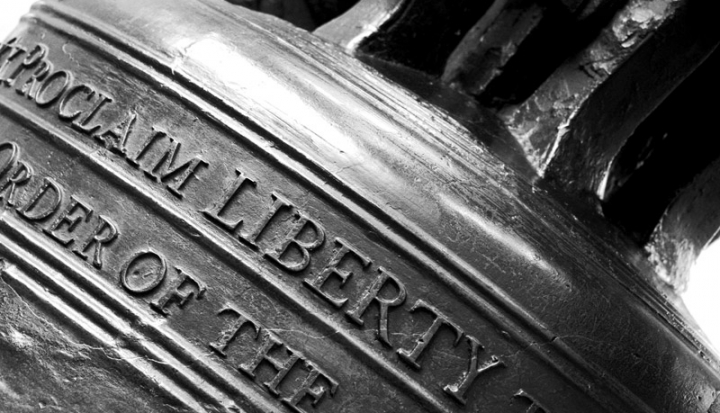 Last week I described the utter assault on religious liberty under ISIS occurring in Syria and Iraq. At the same time that I wrote, the United States Commission on International Religious Freedom called on the Obama administration to designate ISIS’s violence against the Christian, Yazidi, Shi’a, Turkmen, and Shabak communities as genocide. That designation would assist these communities in receiving aid and protection and the administration should be encouraged to attend to the Commission’s request. Bravo to the Commission!

As promised, however, I will this week consider the issue of religious liberty in the domestic context.

I have long been a strong supporter of the Affordable Care Act, better known as Obamacare. Contrary to many wildly off-base analyses, Obamacare has been very successful. It has promoted critically needed reforms in health care coverage; it guarantees coverage to everyone regardless of pre-existing health conditions, arrests some out-of-control increases in the costs of health care, and requires greater transparency in the health care industry. More importantly, Obamacare has led to a monumental increase in the number of low-income Americans with health care coverage who previously could not afford it. All great things.

One area where I have not been as happy with Obamacare is in regard to its so-called contraception mandate. When it was first announced in February of 2009, the mandate initially required all insurance plans to pay for contraception coverage (including day after drugs) in their insurance, with the only exception being for actual churches and similar worship communities. This meant, for example, that Catholic hospitals, schools, charities, and so on would have been forced to pay for and provide that coverage. There was a broad outcry against the law and the implications for religious liberty. In response, the Obama administration gradually tweaked the contraception mandate so that religious organizations no longer pay for that coverage directly. Instead, insurance companies and other third parties are responsible for paying for contraception—a process that is triggered when a religious organization officially informs the government about its objection.

U.S. courts are still hearing cases that challenge even this tweaked version of the contraception mandate on the grounds that it compromises the Constitution’s First Amendment guarantees of religious liberty.  The most famous case, currently before the Supreme Court, is Little Sisters of the Poor v. Burwell. The Little Sisters are arguing that because their letter of objection triggers the contraception coverage, by requiring such a letter the government is compromising the religious liberty of the nuns.

While I lament that Obamacare simply does not exempt all religious organizations from the mandate, the current accommodation seems like a miniscule burden on religious liberty. We might compare the burden to paying taxes—a similar load (and perhaps a heavier one).  As a Catholic, my taxes may pay for many things that my religious conscience judges immoral, from the money that goes to support legalized divorce and remarriage to that which goes toward the death penalty to that which in some ways supports legalized abortion. Paying taxes, then, is an affront to my religious liberty at a low level. Theologians call this indirect material cooperation with evil. Yet, because I do not intend the evil and because my paying taxes does not directly and immediately result in the evil, the theologians tell me I have to pay my taxes. So do the courts.

In this case, the nuns are not providing contraception insurance themselves, are not paying for that insurance, and have no knowledge that any of their employees will choose to use the insurance.  So, whatever the Supreme Court decides in the Little Sisters’ case, I do not see a significant burden for religious liberty at issue here. On a scale of one to five, where five is a maximum affront to religious liberty, this challenge to religious liberty gets a score of one Liberty Bell.

Last June, in Obergefell v. Hodges, the Supreme Court ruled that same-sex couples have the same right to marry as everyone else. In doing so, the court set in motion changes to federal and state laws across the country, laws that in some cases are at variance with Catholic Church teachings about marriage. As a result, many Catholic institutions are struggling with how to promote and protect the church’s sacrament of marriage within their institutions. Unlike Obamacare and contraception, the Obergefell ruling does not provide intrinsic exceptions or accommodations for religion. How the implications of the ruling will play out for religious institutions remains uncertain and many areas of law may be impacted. For example, consider federal labor laws as they apply to Catholic schools and universities.

Catholic schools and universities exist, in part, to convey the importance of the church’s teachings to students. Does this mean they regulate the employment of professors, teachers, and staff based on conformity with the church’s teachings? Before jumping to conclusions, think about how far such religious regulation could go. Skip Mass on a Sunday, anyone? The reality is that Catholic education currently employs many people whose marriage is not kosher with church rules or who are otherwise not models for the church’s teachings. Large numbers of professors, teachers, and staff across the country are not even Catholic.

Because of the legal uproar over same-sex marriage, however, Catholic educational institutions at every level are exploring ways to circumvent (in varying degrees) federal labor laws on religious liberty grounds. Across the country, Catholic primary and secondary schools are sometimes requiring contracts for teachers and administrators that stipulate adherence to Catholic teachings. Several prominent cases have arisen where employees were fired when their same-sex relationships became public. (Sometimes, I suspect, religious liberty concerns are being used as a pretext for other purposes—as, for example, those universities who suggest that adjunct professors cannot unionize because the university has religious objections to labor laws.)

How the Obergefell ruling will eventually play out isn’t fully clear, but as I have argued previously, religious liberty concerns have been exaggerated. Just as Catholic institutions in the United States have found ways to work with the country’s laws regarding divorce and remarriage, I believe our institutions will also gradually find ways to deal with the legality of same-sex marriage. Moreover, it seems clear that the courts already recognize religious liberty limits to their same-sex marriage decision, as evident in the Supreme Court’s 2012 decision in Hosanna-Tabor.

In the Hosanna-Tabor case, the court ruled unanimously that certain employees in “ministerial positions” at religious institutions (in this case a school) could be dismissed and presumably hired based on religious authority. These “ministerial positions” include employees whose job description requires them to teach and minister the faith authoritatively. For a Catholic university, such positions might include important leadership positions, positions for which being clergy is required, and perhaps some teaching positions—such as professors of Catholic theology, who are obliged to have a mandatum from the Vatican. Every indication is that, for such ministerial positions, courts would uphold internal church authority over external secular labor laws on matters of faith and morals.

It’s surreal to think that anyone actually needs to be talking about such proposals posing a threat to religious liberty. For anyone who cares about religious freedom such wacko ideas are unthinkable. Yet current polls don’t lie. According to this morning’s Washington Post, 59% of Republicans support Donald Trump’s proposal to ban Muslim immigration and travel to the United States. Ditto for his national Muslim database. Together with the new poll numbers, efforts by a few Republican governors to block the settling of Muslim refugees in their states send a clear signal: In GOP circles Trump’s flagrant flushing of religious liberty is not just talk.

If such proposals go through, they would be a five Liberty Bell catastrophe for religious liberty in the United States.

Yes, I get that after Paris and San Bernardino some Americans are exactly where terrorists want them—utterly terrified, panicked, and losing sight of their values.  I get that it does no good to remind these fearful Americans that far, far more people have been killed by Christians than by Muslims in the United States this year (and every year). I’m wasting my breath if I explain that these terrorists are overwhelmingly condemned as apostates by Muslims around the world.  I get all that. But…

Religious liberty is an increasingly fragile thing in our world. It’s challenged on so many fronts. Yet it is foundational for civilization itself. Such ugly trampling on religious liberty by leading presidential candidates does a dishonor to those framers and founders of our nation who named it our first liberty. It dishonors all those who gave so much—even their lives—in defense of the principles and values on which the nation stands.

Mr. Trump, it is critically important at this hour that our nation rises above shameful fear. Instead of trampling religious liberty, now is the hour to raise up our glorious First Amendment and its guarantees of that freedom before the world. Religious liberty is among our nation’s most important contributions to history.

Rather than succumbing to the enemies of religion, Mr. Trump, now is precisely the moment when America should raise the beacon of religious liberty high against the dark forces that oppose it.