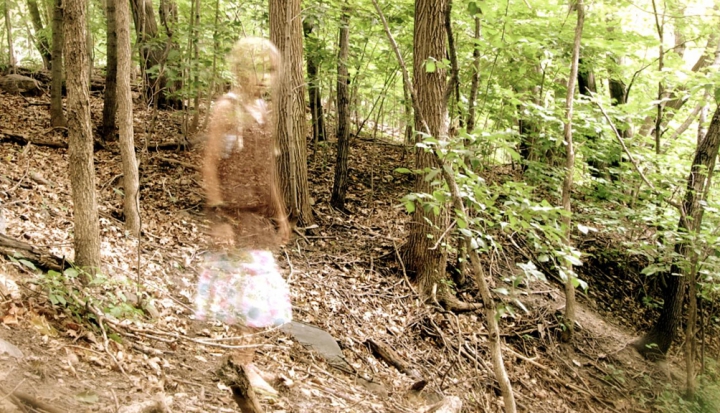 In The Epic of Gilgamesh, viewed by many as the oldest surviving piece of literature in the world, parts of which date to two millennia before Christ, the hero begs the gods to return his friend Ea-Bani from the dead. Plato wrote about souls “prowling about tombs and sepulchers” and visions of “ghostly apparitions of souls which have not departed pure” in the Phaedo. And first-century Roman author Pliny the Younger told the story of “The Philosopher and the Ghost,” which may have been the first haunted house tale. Ancient Semitic cultures classified three types of ghosts, according to Bernhardt Hurwood’s Passport to the Supernatural. First was the “disembodied dead soul…wanderers, perpetually roaming the face of the earth, sometimes with malicious intent, sometimes not.” The second were half-human, half-demons, born from the union of human and an evil spirit. The third were simply malevolent devils.

While the Catholic Church has never taken an official stance on ghosts, the subject has been discussed within the church for centuries. The 12th-century Cistercian St. Bernard of Clairvaux wrote about the ghostly visions experienced by his friend, the first formally canonized Irish saint, St. Malachy, the archbishop of Armagh. When St. Malachy’s sister was alive, he vowed never to see her because “he was so repelled by her carnal life.” But after she died, Malachy heard a voice in his sleep, telling him that his sister was outside in his yard and that she hadn’t eaten in a month. When he woke up, he realized he hadn’t taken Holy Communion “since he had stopped offering the living bread from heaven on her behalf.”

He took up the practice again for the sake of her soul, and soon saw her come to the threshold of the church—still not able to come in—wearing a dark garment. He kept up the offering and soon saw her a second time, now dressed in white and in the church, but unable to approach the altar. The third and final time he saw her, she was “in the midst of the white-clothed choir, arrayed in bright clothing.”

“Do you understand, reader, how much the fervent prayer of a righteous man avails?” St. Bernard asks. “Would it not seem to you that the prayer of Malachy took the place of a burglar at the very gates of heaven, in that a woman deep in sin procured through her brother’s prowess what was denied her on her own merits?”

During the Reformation, a French lawyer named Pierre Le Loyer wrote a Catholic take on the subject of ghosts called The Four Books of Spectres, which defined three ways in which someone who has encountered a ghost might make sense of what they’ve seen. First, they may have simply been mistaken – they thought they saw something they didn’t. Second, they may have experienced an angel or a demon taking human form. Or, they may have encountered a purgatorial soul seeking aid.

The church historian Jean Delumeau has written that in the past “life and death did not always seem to be separated by a distinct division.” Ghosts were “tormented souls who came in quest of relief to the living in the hope that they would pray for them.” In 19th-century France, for instance, the church accommodated this with certain practices—indulgences were attached to specific prayers to be said at specific times. Those buying the indulgences could gauge the length of time by which they were reducing the suffering of their loved ones in purgatory.

Stories about “the restless souls of the damned—of those who had committed a great sin, who had been excommunicated, who had died without baptism, or without proper funeral rites—were numerous throughout Europe,” according to Judith Devlin, author of The Superstitious Mind. As were tales about ghosts who returned “to make restitution for some wrong done in life, or to punish erring relatives on earth.”

A common practice in 17th century France was to erect crosses at crossroads so the dead would be able to find their way home. Some kept the fire warm during the night and set chairs around it for the souls of the dead. Some even left food out in case the ghosts were hungry.

Famed Swiss psychiatrist and psychotherapist Carl Jung (1875-1961) called ghosts “psychic facts,” but he was less interested in whether ghosts were real or mystical than he was in psychological questions: “Exactly who is it that sees a ghost? Under what psychic conditions does he see it? What does a ghost signify for its content, i.e., as a symbol?”

“An integral ingredient of any nocturnal, numinous experience is the dimming of consciousness, the feeling that one is in the grip of something greater than oneself, the impossibility of exercising criticism and the paralysis of the will,” Jung wrote. “Under the impact of the experience reason evaporates and another power spontaneously takes control—a most singular feeling which one willy-nilly hoards up as a secret treasurer no matter how much one’s reason may protest. This, indeed, is the uncomprehended purpose of the experience—to make us feel the overpowering presence of a mystery.”

Gary Jansen, author of Holy Ghost: How a (Not So) Good Catholic Boy Became a Believer in Things That Go Bump in the Night (Tarcher), said there’s a lot of historical evidence suggesting that ghost sightings have happened frequently enough over a long period of time that these “experiences are real.”

The idea that spirits roam the earth because they can’t cross-over is a common theory and “probably comes from the idea in the Catholic tradition that most people who die need to do some sort of penance in the afterlife,” he says.

Jansen points out that St. Augustine discusses “what seems to be poltergeist activity in a home” in City of God. And St. John Bosco had an encounter with a dead classmate in a school dormitory.

Still, Jansen counsels caution. “This doesn’t mean that everyone who claims to have seen a spirit has,” he says. “But it does suggest that something out of the ordinary is going on for many people.”

This is a web-only sidebar that accompanies “Paranormal activity: Do Catholics believe in ghosts?” which appeared in the October 2013 issue of U.S. Catholic (Vol. 78, No. 10, pages 12-17).

Read more about ghosts and the Catholic Church in another web-only sidebar: Who’re you gonna call when you see a ghost?

Tim Townsend is an award-winning religion reporter and the author of Mission at Nuremberg: An American Army Chaplain and the Trials of the Nazis.