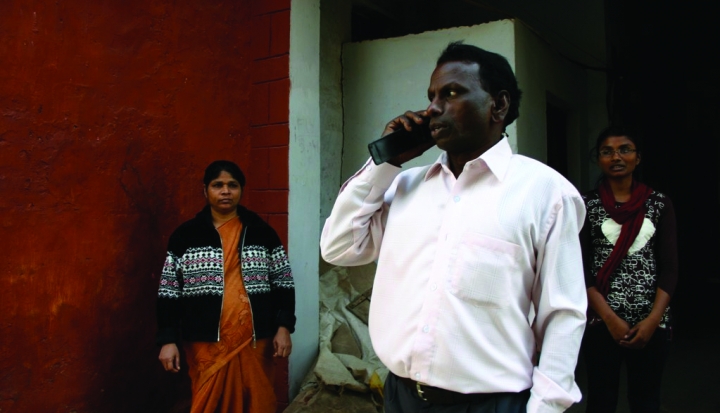 The Rev. John Yesunatha Das, a Pentecostal Pastor, calls himself “buffalo color”—black. Though his wife is Brahmin, their daughter Feba inherited his dark skin, a visible sign that he’s a Dalit, or untouchable.

As a product of a mixed-caste marriage, Feba doesn’t have a caste, but when the second-year honors history major started university, most the girls didn’t speak to her because of the color of her skin.

The problem wasn’t only their presumptions that she was Dalit, but also a backlash against the reservation system. Like affirmative action, university seats are reserved for low-caste individuals in India, and the girls assumed Feba earned a spot in their class not based on her merit but her caste.

As a Christian Dalit, Feba didn’t have access to reservations. But even as Christians sue to gain access to them, others want to see the system of government benefits reformed.

Das is part of a group of Christian Dalit pastors who support the Supreme Court case to open the reservation system to Christian and Muslim Indians. He was passed over positions when he graduated seminary because he was Dalit, he says. “I would have been in the leadership now.”

Feba, however, understands that reservations don’t guarantee that the most qualified is admitted to a school or chosen for a job. “Many who don’t study…get it only because of reservation. The one who worthy for it, they don’t get it sometimes,” she says.

Critics also worry that the “creamy layer,” highly educated or wealthy individuals from a low caste, benefit from reservations while the poorest Dalits don’t receive any government assistance.

Reservations should be based on individual need rather than communal distinction, Indian-American scholar Rajiv Malhotra says. Benefits based on identity rather than need perpetuate the caste system. “If I were a Dalit, I would be better off not being Dalit,” he says.

But the reservation system offers more than jobs and spots at universities, argues Father G. Cosmon Arokiaraj, executive secretary for the Office of Scheduled Castes and Backward Classes for the Catholic Bishops’ Conference of India. As a community, Christians would also gain access to funds and political power through reserved government leadership positions—along with greater respect.

Removing reservations would mean “the end of the downtrodden people,” Das says. “At all costs, I would say it should continue until the lowest strata comes up in life.”

Even as his daughter has her doubts, Das is committed to seeing the reservation system expanded. “If our case is still pending in another 10 years, that means it is hurting my children, and thousands and millions of Dalit children also,” he warns.

Image: Rev. John Yesuntha Das, a Dalit Pentecostal pastor, is married to a Brahmin, Grace (left). Their daughter Feba (right) understand arguments both for and against the reservation system as a university student. Photo by Megan Sweas