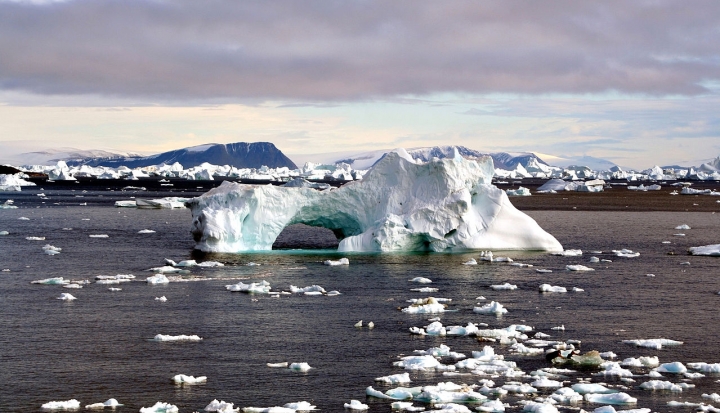 There was a time not too long ago when abortion was the primary issue when it came to choosing an elected official. In fact, it seemed as though that was the one litmus test for a candidate regardless of his or her position on other life issues, like capital punishment, or actual qualifications for office. Unfortunately, we tend to be a “black-and-white” society, looking for easy answers to some of life’s most complex questions and important decisions.

The one issue I find myself increasingly concerned about is climate change. As a NASA civil servant educated in science, too close to the real climate data to ignore it, this is the issue that keeps me up at night. Why? Because it seems to be the most ignored issue in the church, and yet has the greatest potential for large-scale disaster for humans and all life on the planet. If this sounds apocalyptic, it’s because it is.

Unfortunately, the debate about climate change is being driven by big business without regard to the individual person or the common good–values that scripture, the church, and each Christian upholds (or should). Anti-environmental messages have been well-funded by the fossil fuel industry, hardly a bastion of concern for human health or life itself. Unfortunately, many well-intentioned Christians have bought into the erroneous message that climate change is either a scam, is normal for our planet, or is something we can do little to avert. None of these could be farther from the truth.

With the extreme weather that climate change will continue to bring, from storms and flooding to drought and wildfire, it is no exaggeration that more people will die if we continue business as usual in burning fossil fuels. In fact, proposed projects like the Keystone pipeline will lead to release of billions of tons of carbon into the atmosphere, essentially sealing the fate of our planet. Candidates that promote such irresponsible stewardship of creation make their commitment to life ambiguous at best.

In his encyclical Caritas in Veritate, Pope Benedict XVI said: “Our duties towards the environment are linked to our duties towards the human person, considered in himself and in relation to others. It would be wrong to uphold one set of duties while trampling on the other. Herein lies a grave contradiction in our mentality and practice today: one which demeans the person, disrupts the environment, and damages society.”

Why, therefore, not extend the issues considered a priority within the U.S. church to include climate change? After all, besides its imminent effects on the life and health of our children, climate change is already impacting millions around the world, from the Inuits in Alaska to Africans of the Sahel. Why are these lives any less important than those in the U.S. who seek or provide health care? As we all know, our faith and our church tell us that all life is sacred.

So it is that those Catholics in concerned with environmental justice can feel uncomfortable during homilies and among Catholic friends who fail to see climate change as the life issue it really is. In the recent presidential election, for example, Catholic voters were presented with two candidates who both failed to fully meet the “litmus test” on life issues, and neither was a clear favorite for Catholics who take environmental justice seriously.

Our church leaders have spoken out on the importance of considering the entire spectrum of ethical issues that affect our world, not just a select few. Indeed, there is more to valuing life and family than simply opposing abortion, health care mandates, and same-sex marriage. We need to look at the big picture. This includes considering policies that pose both immediate threats to life, like abortion, as well as long-term threats to life, such as climate change.

The bishops explain in their document “Forming Consciences for Faithful Citizenship”: “This culture of life begins with the preeminent obligation to protect innocent life from direct attack and extends to defending life whenever it is threatened or diminished.” Environmental impacts like climate change, albeit not as immediate or direct as abortion or other forms of murder, can be just as widespread and just as tragic. The only difference is the time required for their impacts on life to become manifest.

The bishops urge us to “seriously address global climate change,” stating that, “Protecting the land, water, and air we share is a religious duty of stewardship and reflects our responsibility to born and unborn children, who are most vulnerable to environmental assault.”

Environmental matters like climate change are moral issues that must be considered, with due respect to other ethical issues. The Vatican statement on public life states: “The Christian faith is an integral unity, and thus it is incoherent to isolate some particular element to the detriment of the whole of Catholic doctrine. A political commitment to a single isolated aspect of the Church’s social doctrine does not exhaust one’s responsibility towards the common good.”

We are indeed called to be stewards of God’s creation, and this cradle of ours called Earth is all we have to sustain us and future generations. Climate change, the issue least considered and most insidious, could very well be the most important for us all and for our children.