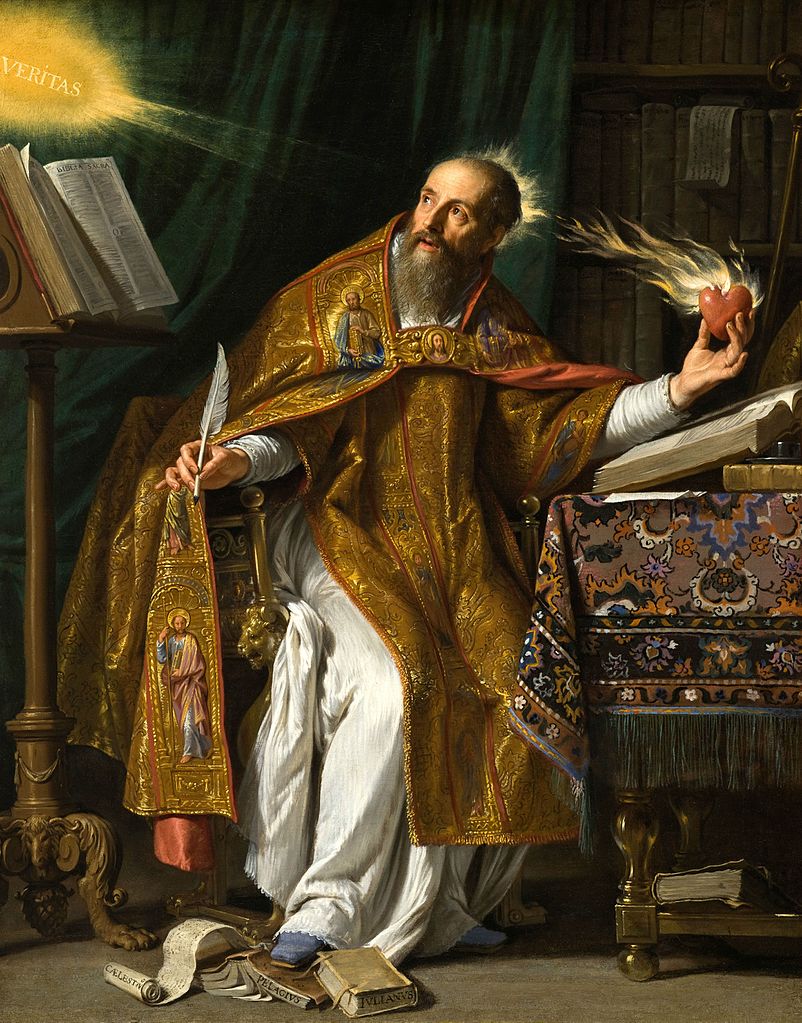 “LATE HAVE I LOVED YOU, O Beauty so ancient and so new. Late have I love you!” So prayed the passionate theologian and pastor of the early church, St. Augustine of Hippo (354–430).

As a precocious young man Augustine led a somewhat randy life, living with a lover and fathering a child. But he still searched for spiritual wisdom. At first he was drawn to a fringe Christian cult called the Manichees, charmed by their hype that while they followed reason, Catholics childishly demanded faith. For nine long years Augustine’s mother, St. Monica, prayed for him; she lived just long enough to see him embrace the church in his early 30s when he grasped that faith trains the mind to think well. “Unless you believe,” he often said later, “you cannot understand.”

The crown jewel of his writings is his spiritual testament, the Confessions. Beguilingly written as a prayer, it artfully narrates the work of divine grace in his life. This God-intoxicated man invites us to eavesdrop on his most intimate thoughts and deftly moves us toward our own encounter with God. The book’s opening address to God memorably summarizes both the Confessions and Augustine’s whole life: “You have made us for yourself, and our hearts are restless until they find their rest in you.”

Augustine offered himself as a laboratory for seeing how God’s grace works in human hearts. If Christ’s crucified love has truly transformed you, he says, then you can “love and do whatever you want.” Grace transforms our desires and empowers us to obey the command to love God and neighbor.

Augustine’s sermons on the psalms and John’s gospel are the high point of early preaching on these books. He wrote the searching, mystical-intellectual treatise On the Trinity, and his mammoth City of God produced the first Christian interpretation of world history.

For a thousand years after his death, no one in the Western church was more widely read than Augustine. But as a man of his time, some of his ideas have been questioned or left behind. For instance, the church did not accept his teaching on predestination—that salvation or damnation is known and decided by God before a person’s birth—which, while meant to glorify God’s grace, can make humans seem like puppets. Out of his own experience Augustine thought that humanity’s original sin had so twisted human sexual desire that it was almost impossible to enjoy sex as God intended; few today agree.

But debating him before reading him misses his point about the search for truth. He loved to quote our Lord’s saying, “Seek and you shall find!” This exciting early Christian thinker still offers inexhaustible richness to spiritual seekers.

Michael Cameron teaches the history of early Christianity at the University of Portland, Oregon. This article appeared in the August 2006 (Volume 71, Number 8; page 41) issue of U.S. Catholic.

Michael Cameron teaches the history of early Christianity at the University of Portland, Oregon.