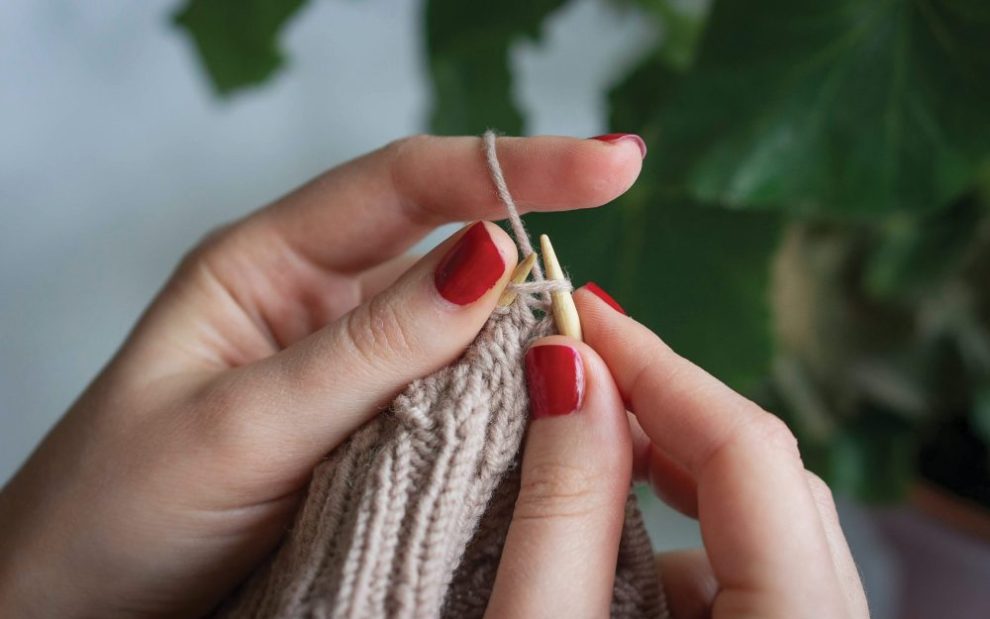 I decided things had officially gone too far when it seemed like knitting a pair of socks in 12 hours was a good decision.

It was “crazy sock day” at day care, and Robin, my 1-year-old, owned nothing that could remotely be considered “crazy.” And I didn’t want to be the only parent who slacked off on spirit day. So, I decided, I might as well just knit a pair. Baby feet are small—how long could it take me?

I got about 90 minutes and half a sock in before I realized that there were better things to do with my time. Write this column, for one. Actually spend time with the toddler in question, for another. Not to mention my never-ending to-do list of chores. Robin would just have to make do with plain socks.

I often have this nagging sense that my ability to be a good mother is based not on whether my kid is clothed, fed, and happy but instead on our participation in day care spirit days, how cute Robin’s outfits are, and whether our toy shelf is Instagram-worthy and Montessori-approved.

It didn’t used to be like this. During the early days of parenthood I felt like I had it all figured out. Robin was an easy baby: Whenever he cried, all it took to cheer him up was milk and cuddles. During the so-called “witching hour,” those evening hours when many babies cry and cry for no discernable reason, my husband would put on Nirvana and dance around the house. Robin would instantly stop crying, and we’d pat ourselves on the back for being such great parents.

Robin’s 1-year-old troubles are sometimes harder to fix than his 1-month-old ones: His emotions are bigger and more complicated, his desire to communicate more profound. But for the most part I still feel like we do a pretty good job. My panic about the quality of my parenting, I have come to realize, stems not from my relationship with Robin but instead from other parents.

We were at day care a few months ago when one of the other moms in Robin’s class—where the students range from 4 months to 16 months old—mentioned that she had a “huge craft closet” at home and “pretty much any craft supplies you could imagine.” On the way home, I turned to my husband, panicked: “Are we supposed to be doing crafts?!” I asked him. “I was going to give him some crayons for his birthday, but maybe we should step it up?”

As we ramp up for the Advent and Christmas seasons, I’ve been wondering lately what it was like for Mary. We don’t get to hear about this part of her parenting journey—after Jesus’ infancy but while she was still learning how to be a mom. I wonder if she ever felt like she, too, was failing at parenting—especially to a child as special as Jesus. If she felt like she was too young or too poor to give him what he needed, what she saw other parents giving their children. If she felt pressured to make sure he was the best dressed kid on their street, and if this desire to look like she was the best mother ever got in the way of actually being a good mother.

I think that maybe such feelings of inadequacy are inevitable to anyone living in community—even the mother of the Christ child. But I also remember the child Jesus’ words when his parents found him at the Temple after he went missing (Luke 2:49)—“You should have known where I was,” he tells Mary and Joseph. “Haven’t you been paying attention? Don’t you know me?”

For me, that is where the solution to this sense of inadequacy lies—in knowing your child and paying attention to them. Robin doesn’t care one iota whether he’s wearing cool socks. Let’s be honest, he spends most of the day wandering around day care in only a T-shirt, anyway.

To be clear, though, I’m still knitting him some cute socks. But only because I love him and want to show him—not so that he’ll be the coolest kid in class.