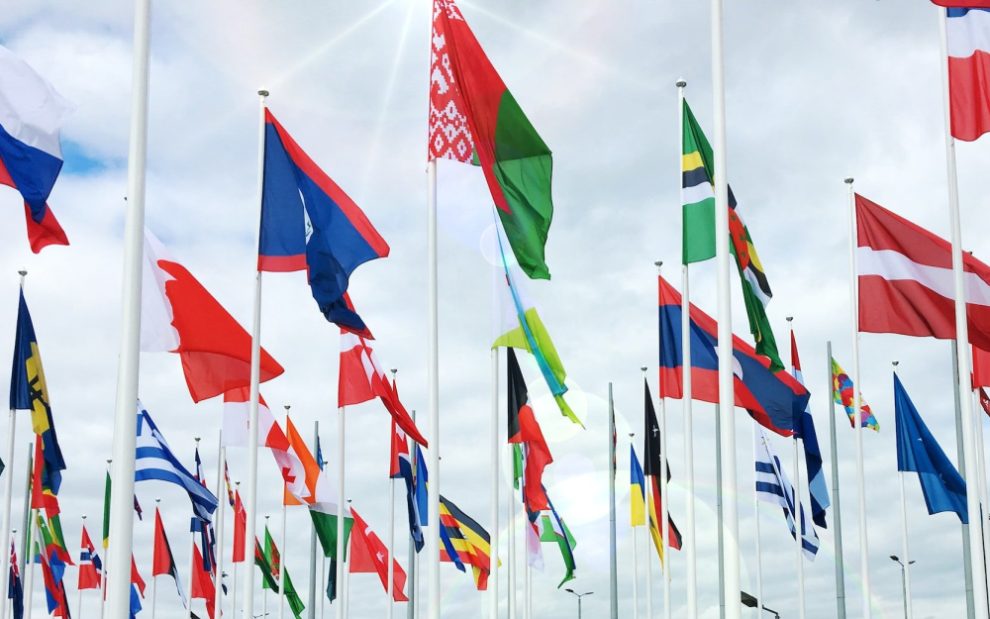 As Catholics we are accustomed to thinking of ourselves as members of a universal church. We understand our identity not just in terms of specific communities, cultures, and nations but also as members of the entire human family, with the obligation to promote a universal common good. Our liturgy and our sacraments reflect this. But sometimes our politics insufficiently reflect this. This is especially evident in the willingness of some Catholics to applaud the rise of nationalism in the United States and abroad.

When it comes to our social and political responsibilities, Catholics are called to act and think on a global level. While many Catholics tend to emphasize the principle of subsidiarity, which seeks to solve problems on a local level, the Catholic Church also staunchly supports multilateralism—that is, global solutions to global problems. Additionally, subsidiarity itself sometimes supports multilateralism. All popes since St. John XXIII have praised the United Nations. Pope Benedict XVI called for a world political authority with teeth. Pope Francis called for one world with a common plan.

Multilateral solutions are essential in five areas: securing peace, financing development, solving climate change, managing the global economy, and supporting migrants and refugees. Catholic social teaching calls for international action in all of these areas. Individual Catholics need to reflect these in their own moral and political life.

The international community’s most important task is to achieve peace between nations. According to Catholic social teaching, peace is not merely the absence of war. Peace consists of the conditions that guarantee justice and human rights for all peoples. The United Nations Charter seeks to “reaffirm faith in fundamental human rights, in the dignity and worth of the human person, in the equal rights of men and women and of nations large and small.”

This clearly resonates with Catholic social teaching. In the 2020 encyclical Fratelli Tutti (On Fraternity and Social Friendship), for instance, Pope Francis writes that war leads to the “negation of all rights” and calls for the “uncontested rule of law and tireless recourse to negotiation, mediation and arbitration” under the United Nations Charter. While military actions may be called for in some cases, support for militarism and imperialism is contrary to a Catholic ethos.

According to Catholic social teaching, true peace also requires the integral human development of all peoples. Development is the “new name for peace,” writes Pope Paul VI in the 1967 encyclical Populorum Progressio (On the Development of Peoples). In 2015 the Vatican offered a strong endorsement of the U.N. Sustainable Development Goals. These global goals include an end to poverty and hunger; universal access to education, health care, clean water and sanitation, and clean energy; gender equity; economic prosperity twinned with decent work and lower inequalities; and protection of nature, including combating climate change.

Financing these goals would constitute a small cost for the global economy but prove prohibitively expensive for the world’s poorest countries. This is why pursuing these goals requires global solidarity. The Catholic belief in the universal destination of goods also comes into play, as rich countries are obliged to ensure that citizens of all nations have the basics to live a dignified life. Individually, Catholics are obliged to support international efforts of solidarity that can improve life in less privileged nations.

Global cooperation is also needed to fight climate change. Clearly, the climate does not respect national borders, so multilateral efforts are called for, especially as the poorest countries are on the front lines of climate change, being hit earliest and hardest. Thus, richer countries, as the largest contributors to the cumulative carbon emissions that threaten our futures, have a special responsibility to act.

Pope Francis makes this argument forcefully in the 2015 encyclical Laudato Si’ (On Care for Our Common Home). The church strongly endorsed the Paris Agreement on climate change, signed by the international community in December 2015. Many commentators have argued that Pope Francis’ encyclical was instrumental in reaching this agreement. The Paris Agreement commits countries to decarbonizing their economies, with the goal of reaching net zero emissions in the decades ahead and slowing the rise in global temperatures.

Yet, the world finds it difficult to break its addiction to fossil fuels. Here, too, individual Catholics need to think about their personal and political decisions in light of this larger global responsibility to protect creation and one another. This should be reflected in both our individual choices and in our support of national or global policies.

Multilateral cooperation also means helping to manage the global economy. This was the primary motivation behind Pope Benedict XVI’s call for a world political authority in the immediate aftermath of the global financial crisis. Organizations such as the International Monetary Fund and the World Trade Organization are intended to promote global prosperity in a manner benefiting all countries. However, in recent years they have sometimes promoted capital over labor, wealthy nations over poorer ones. Support for these organizations must come with the demand that they work for justice and solidarity globally, with a preferential option for the poor.

The duty to welcome, protect, and integrate migrants and refugees is a nonnegotiable teaching for Catholics. It is one of the most ancient moral injunctions in Judaism and Christianity. In Fratelli Tutti Pope Francis stresses that we need to support sustainable development in the home countries of refugees. But when humane conditions are lacking, it is necessary for host countries to respect the rights of migrants and meet their basic needs. Pope Francis also teaches that the arrival of outsiders can be a gift, an opportunity for mutual enrichment. But managing the flow of people across borders cannot be done by individual countries acting alone. It calls for systems of global governance and coordinated responses. This will be especially true as the century progresses and climate migration increases.

Unfortunately, the multilateral and global solutions the church calls for are less likely to happen in a world of growing nationalism and insularity. Pope Francis warns about this in Fratelli Tutti, drawing attention to “instances of a myopic, extremist, resentful and aggressive nationalism.” “In today’s world, the sense of belonging to a single human family is fading, and the dream of working together for justice and peace seems an outdated utopia,” he writes. “What reigns instead is a cool, comfortable and globalized indifference, born of deep disillusionment concealed behind a deceptive illusion: thinking that we are all-powerful, while failing to realize that we are all in the same boat.” Nationalism is contrary to the teaching and tradition of the church. Catholics are right to address local problems on a local level, but when it comes to global issues we need to live, act, and vote with the understanding that we are a single human family linked by a common destiny in our common home. In the years ahead, the need for global solution is only going to grow.

Anthony Annett is a senior advisor at the Sustainable Development Solutions Network and an adjunct professor at Fordham University. Prior to this, he spent two decades at the International Monetary Fund. He holds a PhD in economics from Columbia University. He is the author of Cathonomics: How Catholic Tradition Can Create a More Just Economy (Georgetown University Press, 2022). 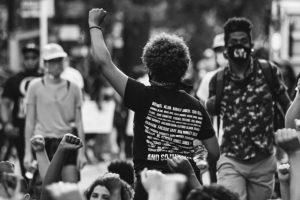