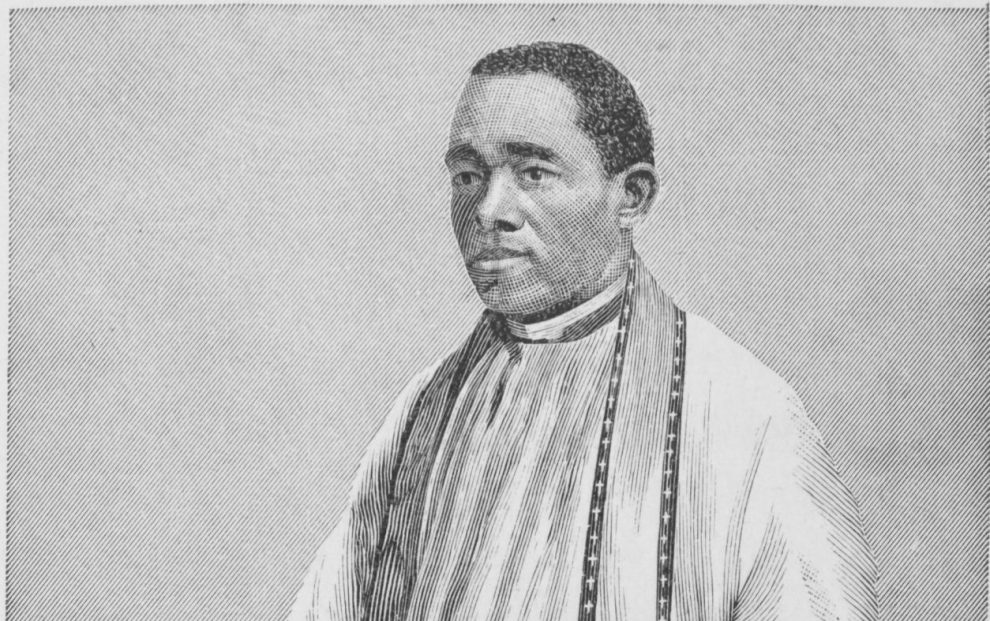 “What does it mean to be Black and Catholic?” asked Franciscan Sister of Perpetual Adoration Thea Bowman. “It means that I come to my church fully functioning. . . . I bring myself, my Black self, all that I am, all that I have, all that I hope to become.”

Sister Thea Bowman is one of six African Americans who are in various stages of the canonization process. The granddaughter of enslaved persons of African ancestry, Bowman was born into a Protestant family in Yazoo City, Mississippi in 1937. She was a student at a Catholic school and later became the first African American to serve in religious life as a Franciscan Sister of Perpetual Adoration. Bowman freely shared the joy and passion of African American spirituals and invited others to feel the truth of God’s rhythm in worship. She passed away in 1990 after a struggle with cancer.

While there are currently no canonized African American saints, Bowman is one of six Black Americans currently being considered for canonization. To reference Bowman, each of these Americans lived as Black and Catholic. Despite the omnipresent challenges of racism in society and the church, each prevailed in professing the gospel of Christ.

Pierre Toussaint, born into slavery in Haiti in 1766, was brought to New York City as a child and learned a trade. After emancipation, he prospered within his profession and was generous to those in need. Many consider him the father of Catholic Charities of New York. He died in 1853 and was declared venerable by St. Pope John Paul II in 1996.

Mary Elizabeth Lange was born in Cuba in 1784 and later relocated to Baltimore. She founded the first African American religious congregation, the Oblate Sisters of Providence, and died in 1882.

Henriette DeLille was Creole from Louisiana. She founded the religious congregation of the Sisters of the Holy Family in New Orleans and died in 1862. In 2010 Pope Benedict XVI declared her venerable.

Julia Greeley was born into slavery in Missouri between 1833 and 1848. She was later emancipated and converted to Catholicism. After moving to Denver, she became known as the “Angel of Charity” because of her generous assistance to those in poverty. She died in 1918. In 2016, Archbishop Samuel J. Aquila opened her cause for canonization.

Augustus Tolton was born into slavery in Missouri in 1854 and was barred from every seminary in the United States. After six years of study in Rome, he was ordained there. He returned to the United States, where he was the first priest of known African ancestry. He died in Chicago in 1897. In 2019 Pope Francis declared Tolton venerable.

Any one of these six may become the first formally canonized Black saint in the United States. However, given the many African American Catholics who have lived and died in this nation over several centuries, there are surely many “small s” saints who are Black and Catholic.

Leslye Colvin is a writer, spiritual companion, and contemplative activist.