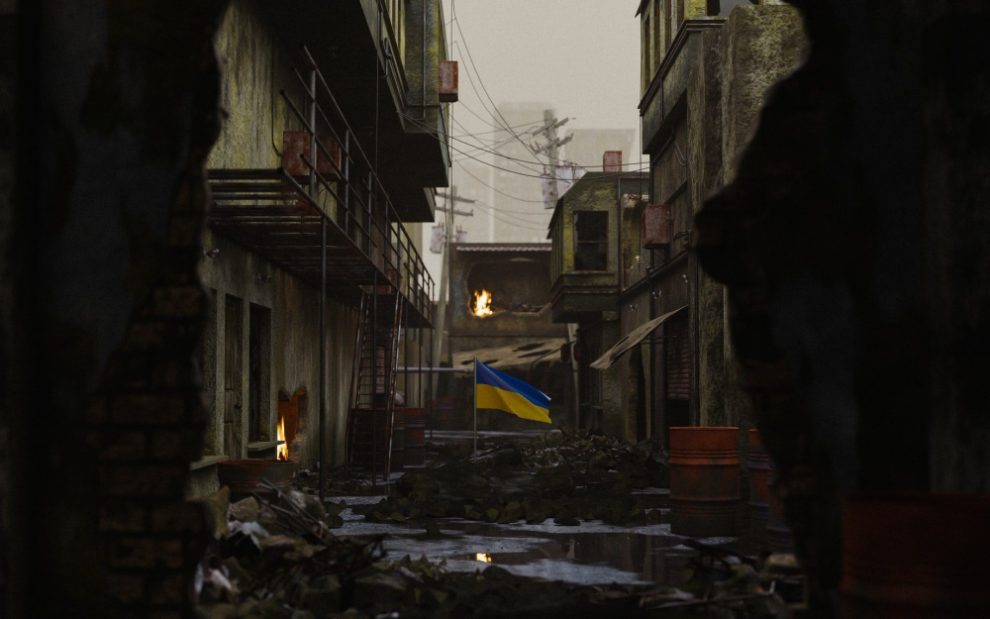 Dozens of Ukrainians were feared dead Sunday after a Russian bomb flattened a school sheltering about 90 people in its basement. . . . The governor of Luhansk province, one of two areas that make up the eastern industrial heartland known as the Donbas, said . . . emergency crews found two bodies and rescued 30 people [and that] “most likely, all 60 people who remain under the rubble are now dead.”

Hanging on my wall are two prints by Käthe Kollwitz (1867–1945), a German graphic artist and sculptor whose art focuses on issues of social injustice, war, and inhumanity. Kollwitz’s art has been important to me since the 1980s, when I was sent to St. Joan of Arc Parish in the Kensington neighborhood of Philadelphia. It was a wonderful assignment in a working-class area.

I got involved in everything. Besides my parish ministry, I volunteered as a chaplain at a local Catholic high school. In Lower Kensington the Franciscans opened a soup kitchen where I volunteered once a week, eventually bringing my Catholic Youth Organization teens to help. Growing up in the middle class, I had never experienced poverty. My family wasn’t rich, but we never lacked. At the soup kitchen I saw poverty, I saw hunger—and I began to ask why.

When a parishioner lent me her book of Kollwitz’s prints, I was mesmerized. Kollwitz lost her son during the First World War. Looking at her work, it seems to me that she never recovered from that loss. Many of her prints are dark. Many depict the intimate relationship between a mother and her children. Many are a cry against the injustice of her time and, well, of our time too. Kollwitz’s prints help illustrate the pain of the families coming to the soup kitchen and my own journey into perspectives that were foreign to me.

At the time, I used one of Kollwitz’s prints to illustrate Jeremiah’s letter to those in exile (Chapter 29). I felt very much in exile back then. Although I was successfully navigating my ministry and had no lack of friends, my perspective was changing.

This change began while I was in the seminary and read the writings of authors such as Jesuit Father Daniel Berrigan, who helped me develop a biblical perspective on contemporary history. And it continues today, when I read the news of current events and war. As it did back then, today Kollwitz’s art continues to help me make sense of the tragedy around me.

I write this essay after watching a video of dead children and grieving Ukrainian parents. I don’t have solutions to the war in Ukraine, but I know it’s not the way of Christians. When I read or watch about the Russian bombing of a school in Bilohorivka, I think of Kollwitz’s prints and how she illustrates the emotional impact of loss. I think of Berrigan and how he portrays the struggle of the “principalities and powers” of this world versus the kingdom of God. I think of Jeremiah and his words to those in exile: “For I know well the plans I have in mind for you . . . plans for your welfare and not for woe, so as to give you a future of hope. . . . I will gather you together from all the nations and all the places to which I have banished you . . . and bring you back to the place from which I have exiled you” (Jer. 29:11, 14, NABRE).

Children are not collateral. Children are our future full of hope. How can we not grieve? How can we come home from our exile without our future? While neither Kollwitz’s prints nor scripture nor the writings of Berrigan have the answer, they help me understand the pain of those around me and lament the injustices of our world.