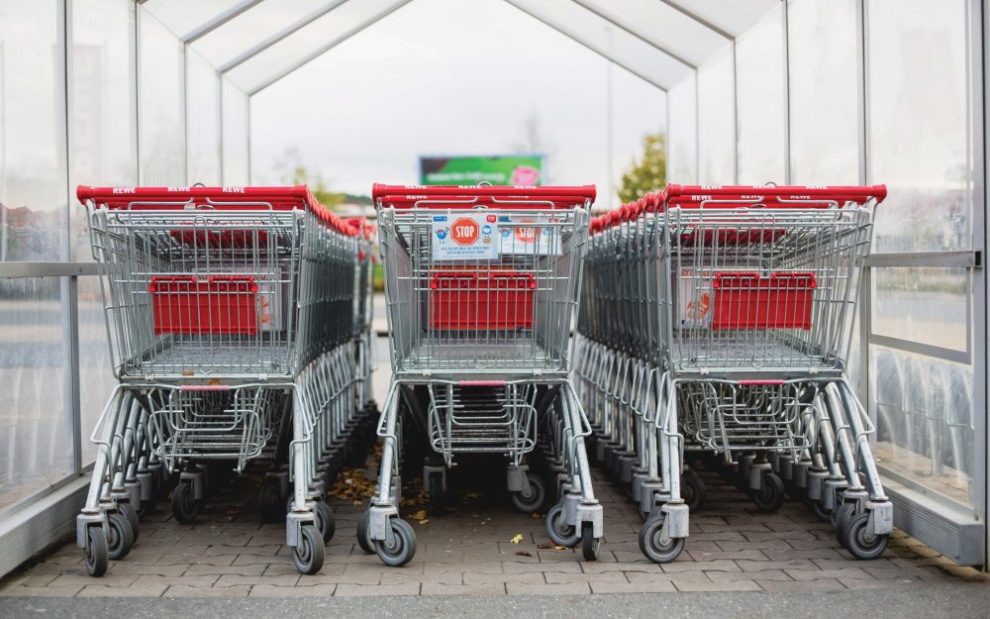 For many people, the word capitalism conjures up a set of images focused on greed. The system is about a competition, with everyone seeking their own self-interest. If greed “works,” it is because of the famous (or infamous) idea of an “invisible hand.” Roughly, this means that if everyone is seeking to get rich, it will produce the best innovations for society, reward the most productive workers, and generate lots of spending that will in turn generate jobs for other people.

Does this really work? It’s true that capitalistic societies have become wealthier for everyone over time. On the other hand, the cost of such progress is often high: workers’ rights ignored, jobs outsourced, and the environment damaged. It’s also true that while societies may become wealthier overall, the distribution of that wealth over time may become more unequal.

Catholic moral teaching on this topic is often poorly understood. In the 1991 encyclical Centesimus Annus (Commemorating the Centenary of Rerum Novarum), St. Pope John Paul II writes that the verdict on capitalism is “obviously complex.” It is not a yes or no. The church’s verdict is “certainly negative” on unrestrained capitalism, but “certainly in the affirmative” insofar as markets foster free and creative businesses.

How does the pope make the distinction? The most important element is what he calls a “strong juridical framework” that places this business activity “at the service of human freedom in its totality . . . the core of which is ethical and religious.” In other words, businesses and markets should serve something greater than themselves. Economic prosperity is not an end in and of itself. It is not something to be “maximized.” Instead, it should be channeled—into real human development.

Notice something important here: The central issue is not whether people are greedy or selfless. In the strict sense, “being greedy” is always bad—it means wanting more than you actually need. And “being selfless” is primarily an image for what Pope Francis calls the setting of the “field hospital” seen in the gospel situation of the Good Samaritan. A business or an entire economy would be wrecked if people were always greedy or always selfless. Instead, the issue is whether economic activity is directed toward higher, more important goals and whether the structures of a society work to direct economic activity in this proper way.

In this light, Catholics must consider several calls for what is dubbed common good capitalism. Senator Marco Rubio gave a speech at the university where I teach, The Catholic University of America, describing this program, and a recent episode of my favorite economics podcast, Capitalisn’t, features a discussion of common good capitalism with Oren Cass, a prominent policy voice for this paradigm. Is this new label what St. Pope John Paul II means when he describes how the church affirms a certain kind of capitalism?

The first and perhaps primary component of common good capitalism is that the system needs to be set up in ways that benefit workers. This is very consistent with Catholic social teaching, which has always held that “capital should serve labor,” simply because things (such as machines and banks and the like) should serve persons. It is worth following Rubio’s indictment of how the present system has not worked this way: “Over the last 40 years, the financial sector’s share of corporate profits increased from about 10 to nearly 30 percent. The share of those profits sent to shareholders increased by 300 percent. This occurred while investment of those profits back into the companies’ workers—and future—dropped 20 percent. Last year, corporations on the S&P 500 spent over a trillion dollars buying back their own shares. To take them at their word, these are the largest corporations in the world collectively saying, ‘We don’t have anything to invest in.’ This is what it looks like when, as Pope Francis warned, ‘finance overwhelms the real economy.’ ”

A second key component to common good capitalism builds on this by suggesting that economic success is meant to build up other, more primary communities. Businesses are meant to serve the larger social fabric in which workers live. Indeed, many businesses do. But unfortunately, the economic system often incentivizes businesses that don’t pay attention to questions such as worker security (so needed for families) or geographical stability (which builds ties that strengthen everyone).

Instead, businesses get benefits for moving production around, turning over workers, and the like. As Cass points out in The Once and Future Worker (Encounter Books), what globalized trade and uncontrolled migration do is benefit wealthier consumers by making a range of goods and services a bit cheaper, but in turn they harm a specific set of workers by diminishing, fragilizing, or eliminating their livelihoods.

These are both quite consistent with the Catholic call for the economic system to serve higher human goods. Even better, as some have pointed out, President Biden may have the same broad ideas as Rubio. Writes William Saletan in Slate, Biden is no “socialist,” but rather he believes that “[c]apitalism is a means, not an end. It excels at producing wealth, not distributing it. The goal of a capitalist society should be to improve people’s lives, not just to grow the economy.”

One might think that this is promising! And it is. But the devil truly is in the details. Clarity about the differences, rather than the usual partisan conflict, would help illuminate public discussion. Two differences seem particularly relevant. One, the Biden version emphasizes the role of government in redistributing wealth, whereas the Rubio version emphasizes the need for government to incentivize businesses correctly to produce well-paying, secure jobs that “distribute” better in the first place. Two, Biden wants government to “compensate for the excesses” of capitalism, whereas Rubio wants to prevent those excesses from happening in the first place.

Catholics can and should debate these questions about means, but the church doesn’t officially answer these sorts of questions about the mechanics of an economy. Instead, the church establishes principles—such as the principle that capital should serve labor and the principle that economic development is not about having more but about being more. What these principles do, in the words of economist and theologian Daniel Finn, is create a larger “moral ecology” for markets to function well in both economic and human terms. As Catholics, what we should do is insist that our politicians, of whatever party, seek not a value-free capitalism but one that truly serves the common good. Some have started. Let’s hope many more follow.