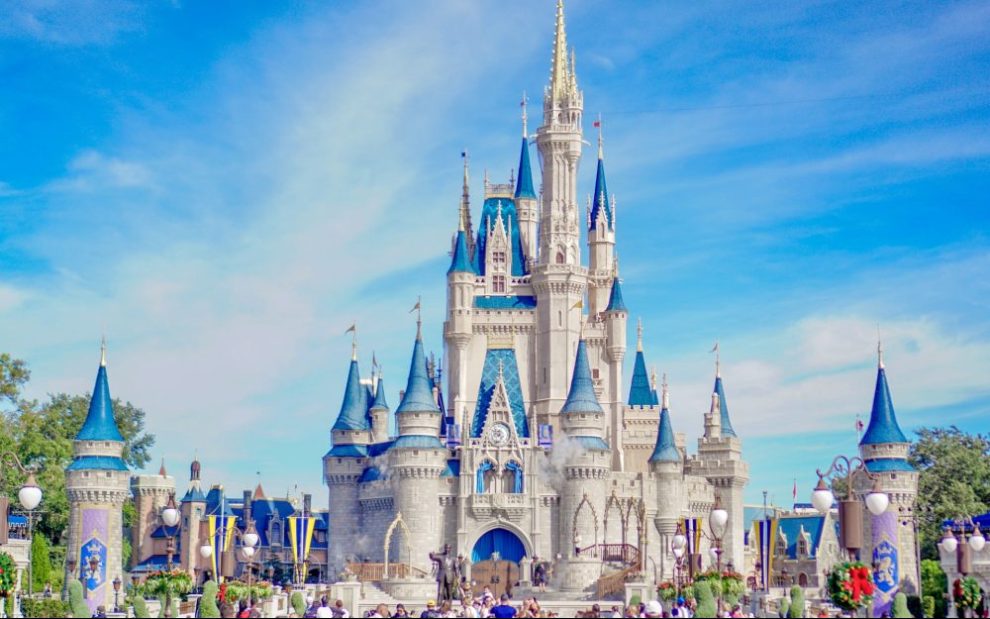 I love Walt Disney theme parks. I patiently wait for the next opportunity to visit, counting down the days with excitement and anticipation. I yearn for the familiar sights, sounds, smells, and tastes. My body and mind burst with exhilaration as I cross the threshold, entering a world of how things might be: A world grounded in the past, yet ever forward looking. A world where diversity and experiences are richly celebrated. A world where we believe in the power of creativity, community, innovation, and imagination.

The Global Attractions Attendance Report, published by the Themed Entertainment Association and researched by the Economics practice at AECOM, notes that 253.7 million people visited the top 25 theme parks worldwide in 2019, with all 12 Disney theme parks on that list, including locations in California, Florida, Hong Kong, Paris, Shanghai, and Tokyo. An industry that serves so many people annually can surely offer some insight on engagement and welcome. And as someone who enjoys the intricacies and idiosyncrasies of Disney theme parks, I often pay attention to some seemingly mundane details.

As people travel to Disney theme parks around the world, it is likely they bring with them certain expectations based either on prior knowledge or secondhand experience. People expect castles, characters, and parades. Likewise, visitors expect certain signature attractions, whether they are in Florida or Hong Kong or Paris. For example, guests can soar on Dumbo the Flying Elephant, a traditional spinner-type ride based on the 1941 animated classic film Dumbo at all six locations worldwide.

But unity is not synonymous with uniformity. While a version of The Haunted Mansion (a typical haunted house-type attraction) exists in California, Florida, Hong Kong, Paris, and Tokyo, the location of the attraction is different in each park. When planning Tokyo Disneyland, the attraction was built into Fantasyland because of the traditional Japanese association of ghosts within fairy tales. To better align with traditional Chinese culture, Mystic Manor in Hong Kong Disneyland is much more fantasy-based and does not reference death or the afterlife like its American, Japanese, and Parisian counterparts. These differences are not so profound that the original concept is unrecognizable. Instead, they enhance the guest experience of the attraction.

Despite what Catholic Twitter might convey, it is possible to both honor tradition and recognize authentic lived reality. We do not live in a vacuum, separate from time and space. We cannot remain so isolated that we only consider our own perspectives, opinions, and ideas. We must be able to live and relate to experiences that are not our own. To deny the lived reality of the people of God is to deny the incarnation.

The incarnation celebrates God with us and in us, and we miss the point if we refuse to treat each other as Christ. If we are called to be Christ with and for others, we must be willing to listen to those with different ideologies, experiences, and social realities. Doing so requires humility, even vulnerability. But that same humility and vulnerability form the groundwork of our Catholic faith. We are not called to be in relationship with rigid rules or glorified ideology. We are called to be in relationship with Jesus Christ.

When Disneyland opened on July 17, 1955, in Anaheim, California, crowds immediately flocked to the new theme park. Although opening-day visitors complained about extreme heat, excessive crowds, and a lack of food and drinks, the new theme park concept was an instantaneous success. But amusement parks were nothing new. Carnival rides and roller coasters were widespread throughout the United States by the early 20th century. What made Disneyland unique, however, was the intentional commitment to serve both children and their parents in a fully immersive themed environment. The story goes that Walt Disney first dreamed up this concept from a park bench while watching his daughters ride a carousel, wishing he were able to enjoy the attraction with them instead of watching from the sidelines. This integration is essential to the success of Disney theme parks.

In his new book, Becoming Eucharistic People: The Hope and Promise of Parish Life (Ave Maria Press), Timothy P. O’Malley writes, “A disintegrated Eucharistic formation will attend only to child and not to the maturation of adults in their Eucharistic faith.” While certainly true for catechesis, as O’Malley notes, I believe this is a much larger problem within the parish community. So often parish life is at best incredibly unconnected, and at worst a case study in isolation. I’ve heard many people (including myself!) blame decreasing parish size and participation on bad music and poor preaching, among other factors. While this might be true, and these are certainly important aspects of liturgical prayer that need attention and formation, parish life means so much more.

A 2020 instruction titled “The pastoral conversion of the Parish community in the service of the evangelising mission of the Church” from the Vatican’s Congregation for the Clergy reinforces the authentic vision for parish life, stating, “The Parish community is the human context wherein the evangelising work of the Church is carried out, where Sacraments are celebrated and where charity is exercised.”

Describing a parish community as the “human context” for evangelization and liturgy reminds us of this need for integration in a way where all people are connected and claimed. To better know full parish integration where adults are not separate from children, where documented persons are not separate from persons without documents, and where shared gifts outweigh clericalism, we must be willing to refocus our attention and priorities. The youth group is not the mission of the church, and neither is the women’s guild or the liturgy committee. Rather, parishes are the “human context” where we evangelize and worship. If what we do as a parish is not integrated and directed toward evangelization and worship, we are merely clubs and organizations with faith-based interests.

The Main Street Electrical Parade premiered at Disneyland in 1971 and has since found its way to Florida, Hong Kong, Paris, and Tokyo (though as a second generation of sorts). For years the iconic light parade began with the same greeting as the park lights dimmed: “Ladies and gentlemen, boys and girls . . .” (If you’ve experienced the parade, you probably even sang those words as you read them.) This parade, specifically the opening fanfare and introduction, is iconic. People would never imagine beginning the parade in a different way.

But last year, Tokyo Disneyland made a change that has since been implemented in other parks around the world. No longer addressing “ladies and gentlemen, boys and girls,” the opening now begins, “Hello and welcome, friends of all ages” or “To all who come to this happy place.” It is a small alternation, to be sure, though its impact is felt tangibly for hundreds of thousands of people, especially those who no longer feel excluded by the previous announcement.

Language is important. It shapes who we are and what we become. Words can attract or destroy, affirm or violate, include or exclude. We must choose our words carefully in our hymns and homilies. We must consider the implications of the words in our bulletins and websites. We must be willing to admit that perhaps our words have hurt others at one point or another, just as we have probably been hurt by words at some point.

But this is not just about language. We must engage everything with awareness and intentionality. Our decisions have consequences, sometimes huge ones. If we grow in awareness, however, we can better see how we relate to others. If we practice intentionality, we can make decisions that further the mission of the church, free from selfishness and pride.